Reigning Dublin Senior Football Champions Kilmacud Crokes dug deep to stop a battling Ballymun Kickhams in fantastic Group 1 game in Parnell Park last weekend. After trailing by four points at half-time, Kickhams forced themselves on Crokes time and time again in the second half. But on every occasion Kilmacud responded and kept the advantage.

Andrew McGowan was a tallisman for Crokes, not only kicking three points, but pressing his side forward. The match-winner came in the 59th minute when substitute Stephen Williams hit the net, after his attempt took a deflection off of Alan George. Rory O’Carroll made his return to championship action at full-back, which sent McGowan to the half-back line where he ran amock. Crokes first half goal came in the eighth when Shane Cunningham was fouled by Philly McMahon and Paul Mannion scored the penalty to give his side a 1-1 to 0-1 lead.

Crokes were the better in the opening exchanges, and unfortunately were twice denied goals by the reflexes of keeper Sean Currie. At the other end Dean Rock and Paddy Small threatened but Ballymun didn’t enjoy any long periods of pressure in the opening half and could well have been further behind at the break.

The second half was a different affair and with the wind Kickhams restarted better and were rewarded with points from Jason Whelan and Dean Rock to close the gap to 1-6 to 0-7 by the third minute of the second half. Crokes rallied with scores from Callum Pearson and a Pat Burke free to regain their 0-04 margin.

By the three quarter mark, Ballymun pressed forward and scores from Alan Hubbard, Ted Furman, a Rock free and a well worked Liam O’Donovan score saw Kickhams outscore Crokes 0-4 to 0-1 and with 12 minutes to go there was literally one score between the sides. But Crokes showed their championship quality, replying with scores from Mannion and Andrew McGowan to ease the pressure. Ted Furman’s second score and another free from Rock brought the game to a one-point event. But Crokes worked their way out of trouble with 1-01 from sub Williams. 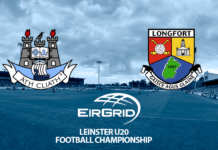 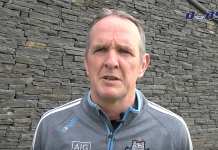 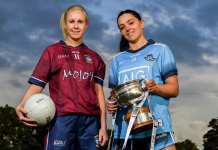 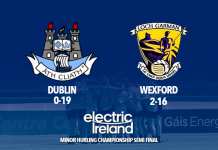