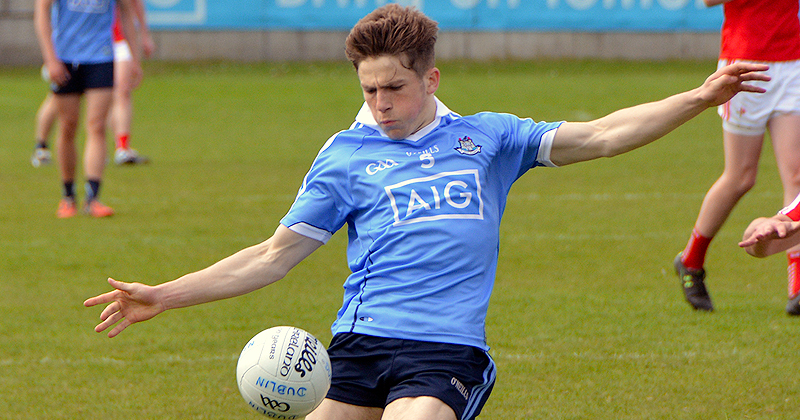 It’s crunch time for the Dublin Minor Footballers with a win the only result to keep them in the Leinster Championship.

Jason Sherlock’s Dublin Minor Football are in action in just over half an hour in Mullingar as they’ll face Westmeath in their final round game in this year’s Leinster Championship.

As it stands Dublin lie third in the table behind Meath and Wicklow following their shock defeat at the hands of the men from the Garden County last week in Parnell Park.

That result put Wicklow above Dublin in the table with Meath having already secured the top spot.

Only the top two teams advance to the semi finals, with third and fourth going into a shield competition. For Dublin to qualify for the main semi finals they need a good result against Westmeath tonight.

Outside of that, their fate is in the hands of the other two group 1 games.

Meath face Wicklow and should beat them to continue their 100% record. This would be good for Dublin provided they overcome Westmeath. But there’s still another factor to consider.

Offaly are level on points with Dublin, but Dublin’s score difference is a lot better. Mathematically the Offaly boys could cause an upset if they beat Louth by a big margin.

It’s not long now until throw in so here is the Dublin Starting 15 for tonight’s game. A win and Dublin’s Leinster and All Ireland Minor Football story will continue for a while longer.

DUBS UNBEATEN FOR 12 AGAINST MAYO UNDER GAVIN