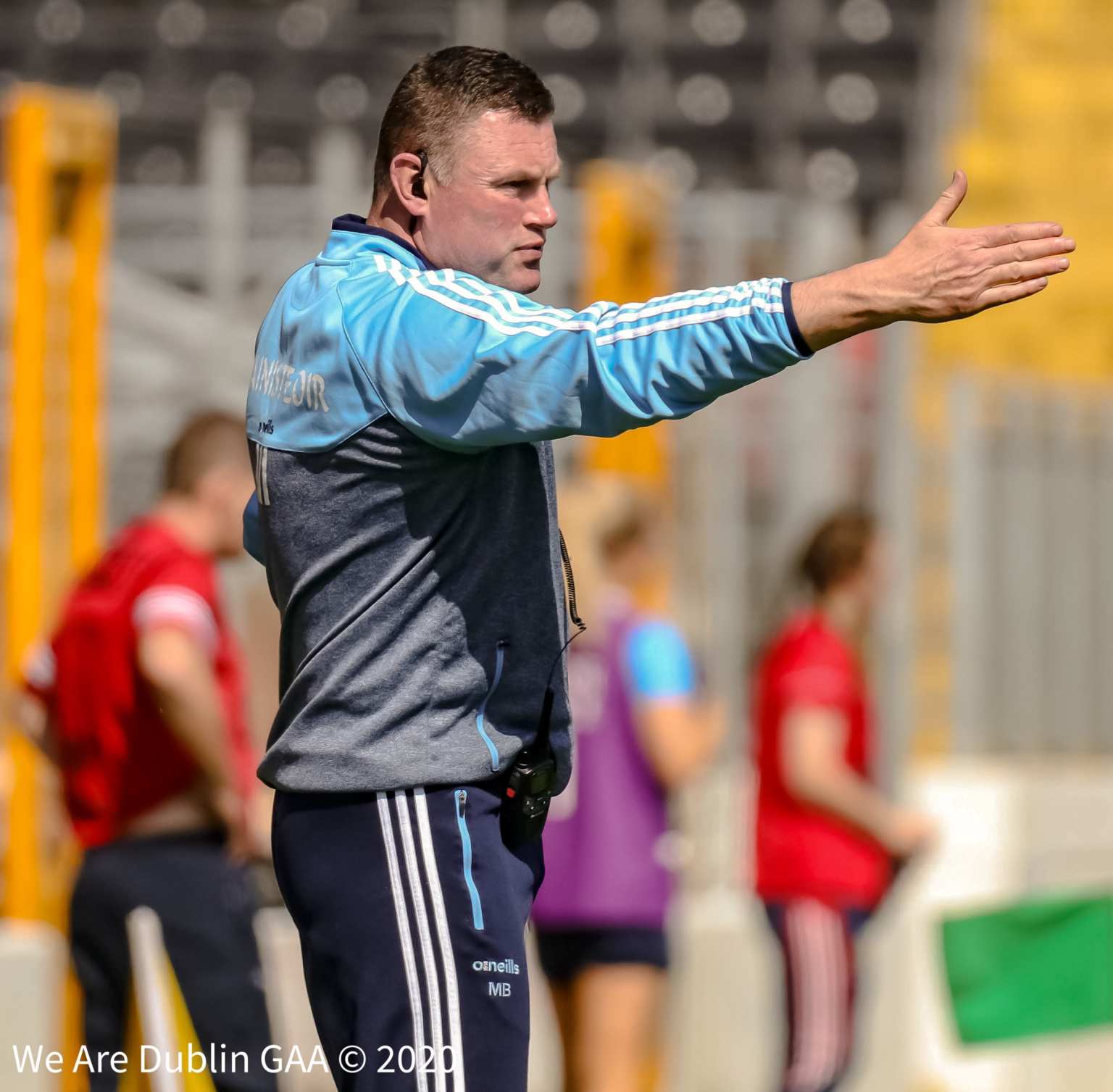 Cork are the clear leaders at the top of the Division 1 standings after their second win of the competition, and their manager said he was thrilled with the impact of the likes of Sadhbh O’Leary, Orla Farmer and Shauna Kelly, who got their side over the line.

Caitlin Kennedy’s goal and Aishling Moloney’s points had kept Tipperary in touch after a bright start from Cork, but Áine O’Sullivan’s late strike clinched the points.

“It was a battle today. Winter time makes it hard to perform to the level we’d like to be at but it was a good test,” said Fitzgerald.

“We were up six points at half time and Tipp got it back to two. But it was our substitutions that gave us the bit of freshness we needed.

“We are trying to improve our panel while still being competitive in the league so it’s a bit of a balancing act but we have to be pleased with two wins.”

Meanwhile, Róisín Leonard fired a hat-trick of goals as Galway got back to winning ways with an emphatic victory in their Lidl league clash with Westmeath in Mullingar.

The Tribeswomen struck two goals in the space of a minute in the early action with Leonard and Sarah Conneally on target, and it was one way traffic from then on as Tim Rabbitt’s side got their first win of this year’s competition.

Ailbhe Davoren also goaled for the westerners, who recovered from last weekend’s loss to Donegal with a convincing performance, which pleased her manager.

“We didn’t really bring a lot of intensity last week but we really brought it today. The attitude was way better,” said Rabbitt.

“We’ve been working really hard over the last five or six weeks, so it was disappointing last week because we fell into that trap of casualness. We wanted to improve our intensity and performance, and that paid off for us today.”

Meanwhile, Mayo manager Peter Leahy said his side were disappointed not to have shown their talents as they faltered in the face of TG4 All-Ireland champions Dublin at MacHale Park.

Mick Bohan’s side were rarely in trouble as they claimed their first win of the competition with eight Carla Rowe points key to the victory.

“I thought we never got out of our shell. Whether it was nerves, whether it was the occasion or whether it was playing the All-Ireland champions but we stood off and the girls are in there in the dressing room now very disappointed,” said Leahy.

“But they’re a hugely resilient bunch. We’ll pick ourselves up during the week and be back looking to play our very best next weekend.”

Played as part of a double header with the men’s teams, Dublin fielded a mix of experienced and younger players and the blend was enough to guide the sky blues to the win.

“I’m very pleased with the win. It’s always a balancing act, trying to develop players while also doing the jersey proud and playing the game on its merits,” said Bohan.

“Our backs did very well – at the other end we created a few goal chances and didn’t take them, so we need to improve there. The effort from every one of our girls cannot be faulted.”

In the other game on Saturday evening, Donegal left it late, but Emma McCroary’s goal in added-time edged victory for Maxi Curran’s Ulster champions.

This game swung both ways in the closing stages: first Caroline Sharkey’s goal had given Donegal the initiative before Katie Murray looked to have stolen the win for the home side with her goal two minutes from the end. But it wasn’t to be for Waterford, who were unable to add to last week’s win over Galway.

“The way the last ten minutes played out, we were very unfortunate to concede the goal we did,” said Donegal manager Maxi Curran.

“There was a wee sense of wrong for our girls but they put that right in the last couple of minutes. We deserved a wee bit of luck at the end and thankfully we got it because I don’t think we got very much last week. We’re just delighted to get the win.”

Their five goals got them over the line against Galway last week, but Waterford manager Ciaran Curran admitted his side need make the most of their periods of dominance in a competitive top flight.

“We have to look at ourselves over the hour. If you want to win these games the lesson to be learned today is that you need to be four or five points up when it comes to the end to be sure of getting over the line,” said Ciaran Curran.

In Division 2 goals from Cora Courtney and Casey Treanor ensured that Monaghan ran out impressive 2-15 to 1-10 winners against Clare on Saturday.

Grainne Nolan had given Clare the lead shortly after half time, but a couple of quick strikes ensured Monaghan picked up their second win in a row.

Elsewhere, Emma Duggan struck a late goal for Meath, but it wasn’t enough to deny Cavan as Aisling Gilsenan, Roisin O’Keeffe and Catherine Dolan all hit the net for the Ulster girls in a 3-10 to 2-5 victory.

Two goals from substitute Miriam O’Keeffe helped Kerry claim a convincing 5-15 to 0-4 victory over Wexford as the Kingdom join Monaghan at the top of the standings, while Armagh missed out on the chance to make it three leaders, after their late rally fell short against neighbours Tyrone.

Corinna Doyle’s early goal had lifted Armagh after a slow start, but it wasn’t to be for the Orchard County.

In Division 3 there is a three-way tie at the top with Roscommon, Kildare and Down all on a maximum six points.

Laura Fleming, Rachel Fitzmaurice and Aimee O’Connor all goaled in the second half for Roscommon as they edged past Laois.

The final Division 3 game between Wicklow and Longford finished all square – Wicklow’s second draw in a week.

In Division 4 the spoils were also shared between Offaly and Carlow, with Cliodhna Ní Shé scoring the leveller in the closing stages for Carlow. Limerick and Louth both picked up their first wins of the competition against Derry and Antrim respectively.