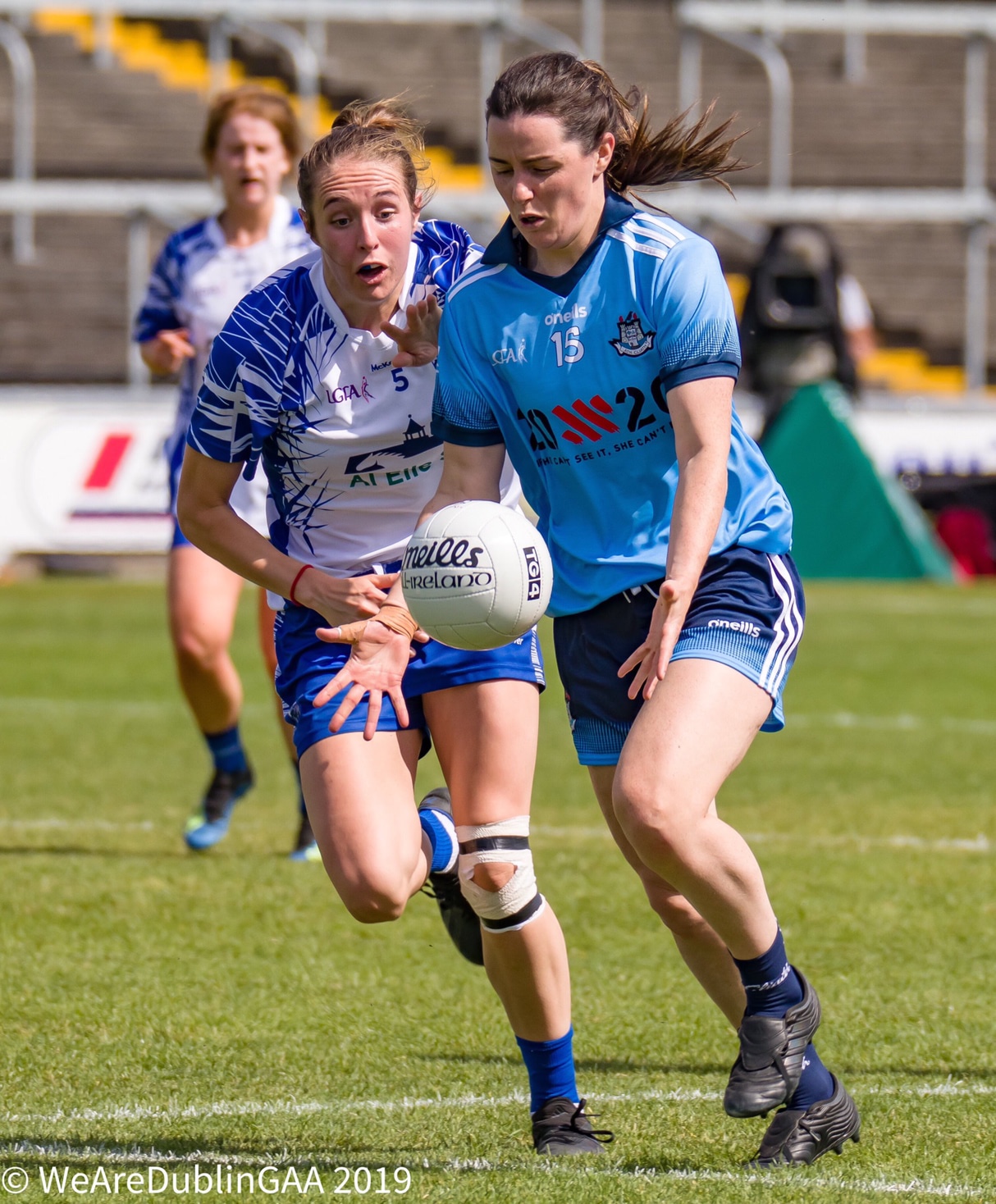 Mick Bohan has made two changes to Dublin’s starting line-up for their second round senior All Ireland championship clash with Waterford.

Along with the two changes to the starting 15 are a number of positional switches as Dublin look to secure their place in the semi finals for the seventh season in a row.

Dublin’s two changes are in defence and attack, Orlagh Nolan comes into the Dublin defence at corner back. The Ballinteer St Johns player comes in off the back of an outstanding Dublin club championship and Orlagh’s strong running game and ability to harvest scores will be a big asset in tomorrow’s game and beyond.

At the other end of the pitch Clontarf’s Caoimhe O’Connor gets the nod at corner forward. The dangerous forward was introduced off the bench in the second half of last weekend’s win over Donegal.

Dropping out of the match day panel are All Star duo Sinead Goldrick and Siobhan McGrath.

Along with the two changes position changes will see another All Star Leah Caffrey will marshall the Dublin defence from the centre back position. Lauren Magee who played in the Dubs midfield alongside Jennifer Dunne last weekend will switch to wing half back for tomorrow’s game.

Niamh McEvoy will form a new midfield partnership with Dunne against Waterford. McEvoy put in a huge shift up front against Donegal in round one and Niamh’s energy, ball winning ability and clever passing will give the Dubs a solid platform on which to build forward momentum and compliment the strong running style of midfield partner Jennifer Dunne.

The irrepressible Lyndsey Davey moves into her favoured centre half forward position, from there Lyndsey ability to break tackles will open up space for her attacking teammates including captain Sinead Aherne who will be positioned on the edge of the square and flanked by Clontarf duo Sarah McCaffrey and Caoimhe O’Connor.

Dublin are still missing a number of players due to injury but the big news heading into the game tomorrow is the inclusion of Nicole Owens among the Dublin match day squad.

Nicole has been unavailable for selection for over 12 months due to a serious knee injury she picked up innocuously in the warm-up of Dublin’s final group game of the 2019 championship against Monaghan.

Owens did trojan work to attempt to recover from the injury in an effort to be available for selection for the latter stages of the championship and was chosen to start in the semi final against Cork.

But just four minutes into that game and the knee gave way again and there was the gut wrenching sight of Nicole being helped from the pitch.

But thankfully after successful surgery and a long rehab Nicole has reached the end of the long and winding road to recovery to make tomorrow’s match day squad.

Dublin and Waterford last met in the championship last season in game the reigning champions Dublin won easily on a scoreline of 5-15 to 2-06.

But that was back during the normal summer Championship and this year’s competition is a long way from hot summer days and carpet like surfaces and is more akin to national league weather and surfaces which throw up a completely different challenge.

And with that in mind a look back at the meeting between the sides in the national league back in early March will see Dublin well prepared and full of respect for the challenge that Waterford will pose tomorrow.

Dublin needed to dig deep into their huge reserves of character back in March to overturn a seven point deficit against the Déise to claim a four point win with the final score 4-05 to 0-13.

Tomorrow’s latest tussle between the two Counties will be shown via a LIVE stream on the LGFA Facebook page with the throw in time pencilled down for 1pm.

A victory for Dublin will see them secure their place in the All-Ireland semi-finals with that game taking place on the 28th of November in Thurles.