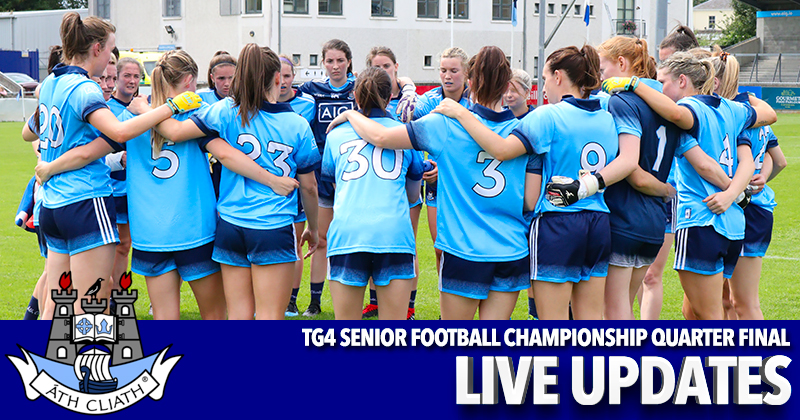 Mick Bohan’s Senior Football panel certainly hit a groove during the initial two rounds of this year’s TG4 Championship. And after despatching both and Tipperary and Monaghan in straight forward fashion, they’ve set themselves up for a repeat of last year’s Quarter Final. Kerry will again be their opponents, the only difference is a change in venue.

While there may be fears of Dublin yet being fully tested, their dominant performance against Monaghan in the final round certainly cannot be dismissed.

Top Dublin scorer in the championship Niamh McEvoy returns at centre forward having overcome a foot injury that kept her out of the Monaghan game while Jennifer Dunne is named to start at corner forward. Making way for McEvoy and Dunne are Oonagh Whyte and Niamh Hetherton.

The Dublin team for today boasts 12 of the 15 that started in last year’s win over Kerry. Absent are overseas travellers Leah Caffrey and Deirdre Murphy. And Nicole Owens, who up an injury during the warm up for the Monaghan game, also sits today’s game out.

We’ll be live from throw in at 4:45pm in O’Connor Park, with score by score updates on www.twitter.com/wearedub. And you can find all the post match reports and analysis from the game right here and on www.facebook.com/wearedub.