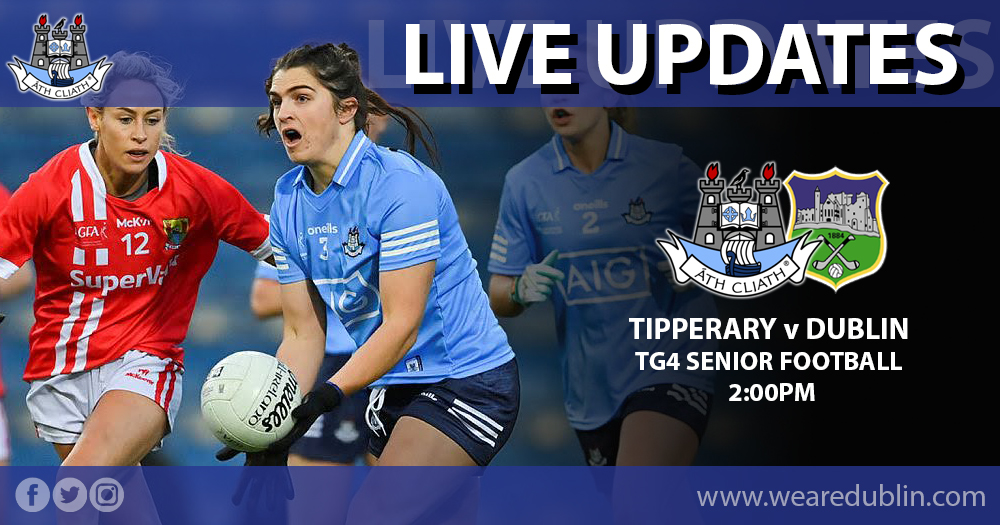 It’s Round 2 of this year’s TG4 Senior Football Championship. And it the away leg for Dublin as they go in search of another All Ireland title. Round 1 saw them comfortably get over the line in their home leg against Cavan. And today, on paper, Mick Bohan’s side are expected to pick up the points against Tipperary.

Making as many as 10 changes will have no reflection on how the important this game is to the Dublin manager and his Senior Ladies Football panel. And a win this afternoon will secure Dublin’s path to the knockout stages of the competition. It will leave next week’s game against Mayo as the decision maker on who they face in the next phase, provided Mayo are victorious against Cavan, which again is expected.

Tipperary come into today’s game following a a 10 point defeat at the hands of Mayo in their opening round clash, and will want to make up for that loss. But Dublin have their eyes on the prize.

We’ll be live from Moyne Templetouhy GAA Club later today, and we’ll keep you posted if you’re not traveling to the game. Our Twitter Feed will be filled with Live Updates from the throw in at 2:00pm. Just head to www.twitter.com/wearedub to follow the action. Not on Twitter? Don’t worry, you can follow the feed below this post.