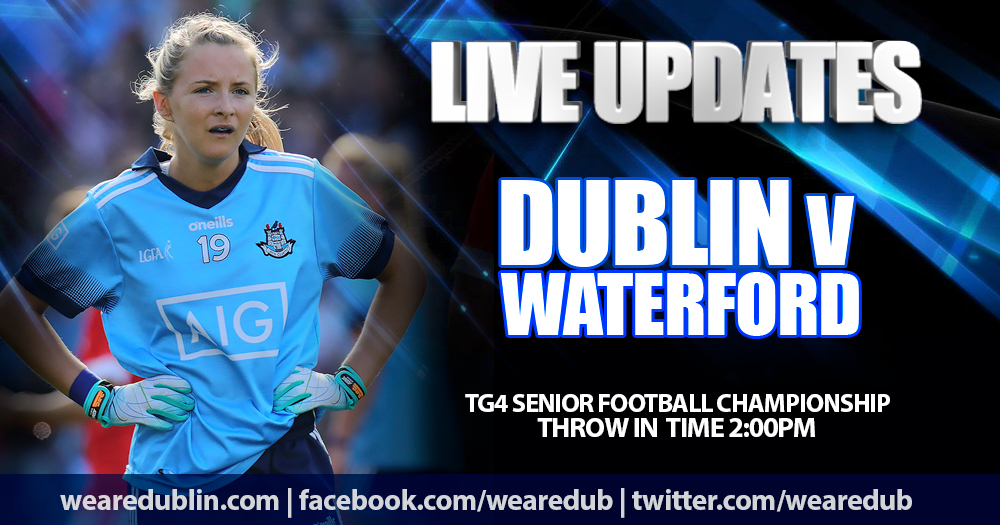 For a third successive year in the Ladies Football Championship, Dublin and Waterford will meet in the group stages. And we’ll be bringing you live updates from this afternoons fixture.

18 points separated the sides in 2019, before Waterford cut the gap to just four points last year, a game that was played at Saturday’s venue.

But it would take a monumental effort from the Déise to get one over on the champions, who had ten points to spare against Tyrone last weekend. Victory for Dublin would assure them of top spot in this group, and leave Waterford and Tyrone facing a winner-takes-all clash for a quarter-final spot next weekend.

Waterford come into this one without a game since concluding their Lidl NFL Division 1B campaign. They won one from there in the League but victory over Tipperary was enough to stave off the threat of relegation.

We’ll be live from Baltinglass at 2:00pm this afternoon following all the action, with live updates on www.twitter.com/wearedub. And you can find all the post match reports and analysis from the game right here and on www.facebook.com/wearedub. And don’t forget you can follow us on www.instagram.com/wearedublingaa as well as Facebook and Twitter.