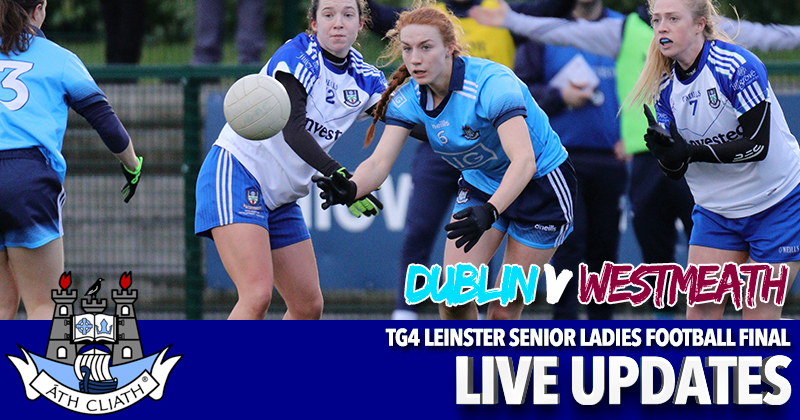 It feels like an eternity since the end of this year’s Lidl National Football League. But the wait is over as Mick Bohan Senior Ladies Football panel start the journey in the 2019 TG4 Football Championship.

In what’s become a familiar encounter, Dublin will trade blows with Westmeath in Carlow later today, as they go in search of an eight consecutive Leinster trophy. And today sees the fifth season in a row that Dublin and Westmeath have squared off.

For Dublin, this year is an opportunity to lift a third consecutive All Ireland, but they certainly wont look past today’s challenge. And the winning margin between these two sides has always been heavily weighted in Dublin’s favour, Westmeath have been improving since the start of the year. A victory over Tipperary ended their League campaign on a high.

The sides have played close encounters in the league both this year and last year, so while on paper, today should be Dublin’s day, nothing should be ruled out.

Mick Bohan has named in his starting side eleven players that started in last September’s winning All Ireland lineup. He’s without both Sinead Finnegan and Carla Rowe to injury, while Leah Caffrey is travelling.

We’ll be live from throw in at 4:00pm in Parnells this afternoon, with score by score updates from both games on www.twitter.com/wearedub. And you can find all the post match reports and analysis from the game right here and on www.facebook.com/wearedub.