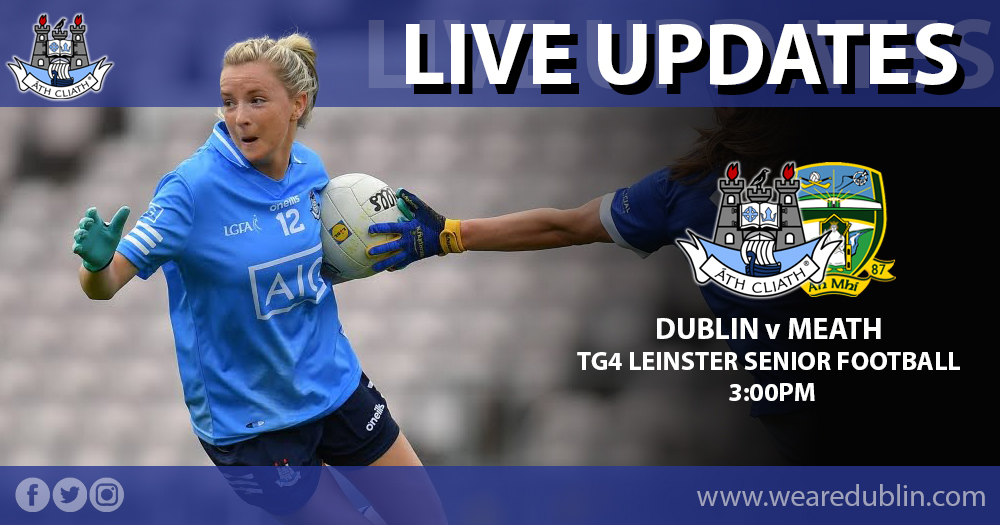 It’s time for Dublin and Meath to go into battle once more in what is becoming one fo the greatest rivalries. This will be Dublin’s second championship in Leinster, while it’s the first for Meath.

Dublin easily depatched Westmeath last weekend and will be expected to continue that momentum tonight. Meath will want to start their Football Championship campaign positively. And while many will have the memory of last year’s All Ireland Final still fresh in their minds, A tight league contest back in March may pose as a better reflection of how tonight might unfold.

Back in the league encounter, a late Hannah Tyrrell free decided a 1-09 to 1-08 win for Dublin at Pairc Tailteann in front of a huge crowd. The significance there was both teams had nothing to play for having already qualified for the league knockouts. But that didn’t seem to matter. Later tonight, there’s a lot more at stake.

We’ll be live from Parnell Park later this evening, and we’ll keep you posted if you’re not traveling or can’t tune in to the game. Our Twitter Feed will be buzzing with Live Updates from the throw in at 7:00pm. Just head to www.twitter.com/wearedub to follow the action. Not on Twitter? Don’t worry, you can follow the feed below this post.