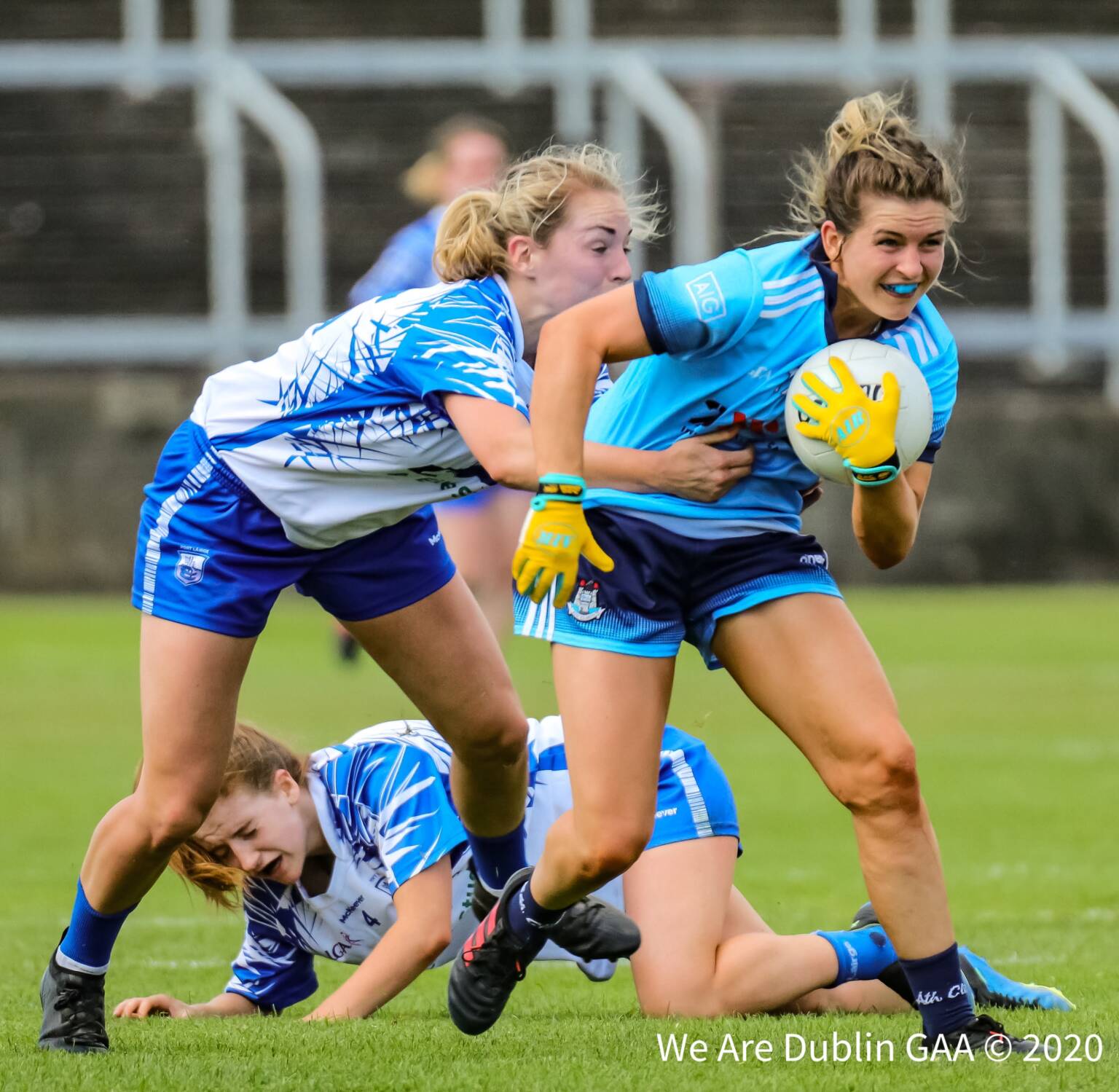 DUBLIN and Kerry could both secure spots in the TG4 All-Ireland Ladies Senior Football Championship this weekend.

There are four Senior games down for decision – and Dublin will advance to the last four with victory over Waterford, while a Kerry win over Munster rivals Cork would also secure a knockout spot for the Kingdom.

Tomorrow, the TG4 cameras will travel to Austin Stack Park in Tralee, as a draw conducted this week at LGFA HQ ensured home advantage for Kerry against Cork (3.0).

Also on Saturday, Dublin face Waterford in Baltinglass, and Mayo tackle Tyrone in Carrick-on-Shannon (both 1pm).

Wexford and Meath are also on the verge of semi-final slots in the Intermediate Championship – and wins on Sunday would make sure.

In the Junior Championship, there are two head-to-head fixtures to see who will join table-toppers Wicklow and Limerick in the semi-finals.

All other weekend fixtures not being shown live on TG4 will be streamed live online.

Fixtures – All games at 1pm unless stated

When these sides met in the 2019 Championship in Portlaoise, Dublin enjoyed a 5-15 to 2-6 victory.

The Sky Blues, chasing a fourth successive Senior crown, needed the help of a freakish Sinead Aherne goal to get past Donegal in last weekend’s opening fixture, but they have a tough hour under their belts now.

Waterford, in contrast, are coming in cold for their first Championship outing of the season, and they couldn’t have asked for a tougher start.

A win for Dublin would see them through to the semi-finals, and that would result in a dead rubber clash for Waterford and Donegal in Round 3.

For Waterford, inter-county life without Michelle Ryan, now a TG4 analyst after almost two decades in the county shirt, begins with a daunting assignment but there’s still plenty of big-game experience in the Déise ranks.

This one is set up to be a potential classic. With experienced Louise Ní Mhuircheartaigh and teenage sidekick Síofra O’Shea in excellent scoring form last Sunday, Kerry opened their campaign by knocking 5-14 past Cavan.

Now, the Kingdom can book their place in the semi-finals with victory against Munster rivals Cork in Tralee.

Kerry won the toss for home advantage and they’ll look to make that count against a Cork side coming in cold.

But the Rebelettes won the Munster title in 2019 and progressed to an All-Ireland semi-final, where they fell to Dublin.

Cork boss Ephie Fitzgerald has named 12 of the team that started at Croke Park in August 2019 for their first championship outing this year.

Tyrone will be hoping to pick themselves up off the floor after leaking 6-16 against Armagh last Friday night.

For Mayo, it’s their bow in Championship 2020 and Peter Leahy’s 2019 semi-finalists are a team to keep a close eye on.

They have potent scoring power in attack but Tyrone did manage 3-13 themselves in defeat to Armagh.

Tyrone will also be encouraged by the fact that they ran Mayo to just three points when the sides met in last year’s Championship.

Mayo have named 9 of the team that started against Galway in last year’s semi-final, when a late Róisín Leonard free broke green and red hearts. Tyrone have switched goalkeepers, meanwhile, with Laura Kane starting ahead of Shannon Lynch.

In a competitive four-team group, Kildare got off to a flier with victory over Clare last Sunday.

That was a cracking result for the Lilywhites against Clare, who gave Tipperary their toughest test in last year’s competition.

That win has marked out Kildare as serious contenders for Intermediate honours – and victory over Sligo would leave them within touching distance of the semi-finals.

Sligo will need to recover quickly from a psychological viewpoint, after they suffered a 1-4 to 5-8 loss at the hands of Laois last weekend.

Wexford will book their place in the semi-finals if they can see off the challenge of Roscommon.

But the Westerners will provide stiff opposition – and they went all the way to the semi-final stages last year.

Roscommon will look to the drive of Jenny Higgins in the middle of the park, while Laura Fleming skippers the Connacht outfit.

Wexford will rely again on the scoring prowess of Cathriona Murray, who helped herself to 1-5 last weekend, while former Kerry star Bernie Breen chipped in with 1-2 in a powerhouse display.

With so much at stake, this could be one of the games of the weekend.

2019 Junior Champions Louth are preparing for their first appearance back at Intermediate level.

Before Covid-19 hit, the Wee County were motoring well in Division 4 of the Lidl National League, having collected four wins from four outings.

They’ll hope to pick up where they left off against a Longford side smarting from the concession of 9-9 against Westmeath last weekend.

Michelle Farrell and Aoife Darcy collected 1-5 between them but Longford were hurt by the concession of a big total.

Kate Flood was player of the match for Louth in last year’s Junior decider at full-forward – and she’s named at centre forward here.

Meath are many people’s favourites to finally crack the Intermediate code after losing the last two Finals.

But the Royals were given a real scare by Down last weekend, before prevailing with just two points to spare.

Meath are now on the cusp of the semi-finals, and victory over Leitrim would make sure of a last-four berth.

Leitrim had won three games out of four before the Covid-enforced shutdown of the Lidl National League – and they’re something of an unknown quantity.

Meath were thankful for the scoring exploits of Stacey Grimes (0-4) against Down – and the Leinster team will look for a much-improved display.

In what’s been termed the ‘Group of Death’, Laois got off to a winning start last weekend with a comfortable victory over 2019 semi-finalists Sligo.

Another win against Clare would set the O’Moore County up for a potential winner-takes-all clash against Kildare in the final round of fixtures, if the Lilywhites can take care of business themselves in their clash with Sligo.

Laois are former Senior champions and looking to make the jump back to the elite grade.

Clare, meanwhile, will look to bounce back from that narrow loss to Kildare, and revive their hopes of making the last four.

Emma Lawlor led the way with 1-1 for Laois but there were five different goalscorers on the day for the O’Moore County against Sligo.

Carlow and Fermanagh will battle it out in a straight shoot-out for the right to join group winners Kildare in the Junior Championship semi-finals.

Following a line of form, Fermanagh would appear to be the favourites, as they ran Wicklow to four points, while Carlow lost out to the Garden County by 13.

Fermanagh were beaten Finalists in 2019 and are anxious to get back to another Junior decider – but the knock-out nature of this fixture will add to its unpredictability.

Cliodhna Ní She and Sara Doyle are proven scoring threats for Louth, while Fermanagh will look to Eimear Smyth for inspiration in the full-forward line.

Limerick’s two wins from two has the Shannonsiders, winners of this competition in 2018, safely through to the semi-finals.

Now, it’s a battle between Ulster rivals Derry and Antrim for the other last-four spot on offer from Group B.

The winners of this tie will meet Wicklow in the last four of the competition, and Antrim would appear to be better placed to make it through.

Antrim finished six points behind Limerick when they met the Munster outfit, while Derry were 15 points adrift.

Former Junior Player of the Year Emma Doherty remains a key player for Derry, while Antrim will hope that Meadbh McCurdy, Grainne McLoughlin and Aoife Taggart bring their shooting boots.