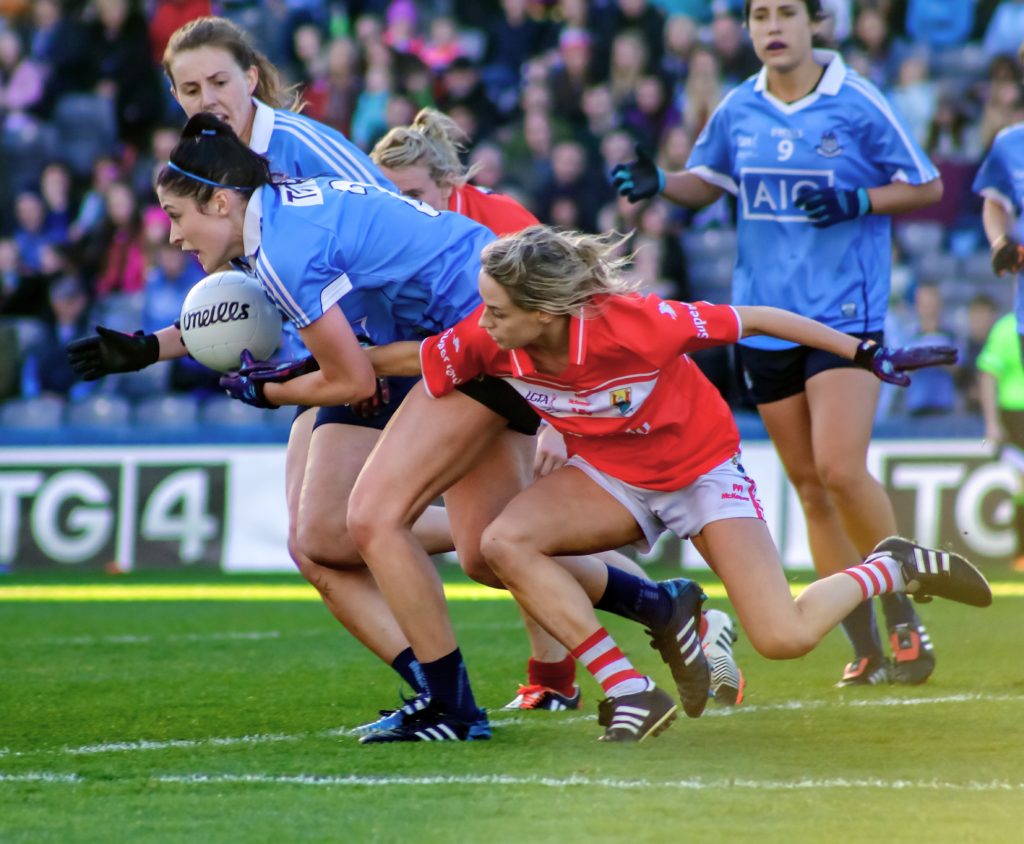 Without doubt this will be the tie of the round as these two sides meet for the first time since their TG4 All Ireland Final meeting last September.

Dublin will arrive in Macroom with a 100% record from their 2 matches to date and will be determined to make it 3 from 3 especially against this opposition.

Cork will be smarting from defeat away to Armagh but, in the past, they have shown they are twice as dangerous after suffering a defeat.

With question marks still surrounding the future of some of their key players from the past there will be a new look to the Cork side that Dublin take on this Sunday.

Eimear Scally is finding her way back to form after missing much of last season with rising stars like Libby Coppinger and Eimear Meaney.

This will be a fascinating encounter between the two best teams in the country over the last couple of years but, having lost last time out, Cork will be doubly determined to clinch a victory.

Kerry sit bottom of the Lidl National Football League Division 1 table after the first 2 rounds and time is already starting to run out if they want to have any hope of reaching the top 4.

They will take some hope that their two defeats came against the 2 favourites for the title but for a team with Kerry’s ambitions the possibility of a third loss in a row is unthinkable.

Their opposition this weekend is a Donegal team that are flying at the top of the table after recording 2 wins from their opening 2 fixtures.

Their win over Galway away from home would have been particularly pleasing especially given the performance of their attacking star Geraldine McLaughlin.

The long trip South to Rathmore will make it a big ask for Donegal this weekend especially given Kerry’s need for a result and a performance.

The story of Round 2 of the league was Armagh’s defeat of Cork in Clonmore. This weekend they will hope that Clonmore can again be their fortress as they welcome winless Mayo.

Aimee Mackin was again their top scorer in that win over Cork with 5 points but they will be looking for a greater return from their other forwards.

Mayo had a heart breaking last minute loss to Monaghan last time out and as a result find themselves languishing at the bottom of the table after the opening two rounds.

Like Armagh, Mayo are dependent on the scoring of one particular forward; Cora Staunton, however, if Cora is on form after an extra week of training then it could be a long afternoon for the Orchard County.

After disappointing against Dublin in their opener it was a return to their determined style against Mayo as Monaghan ground out a win with the last kick of the match despite seemingly being down and out.

That win will give Monaghan loads of confidence going into this weekend and they will be determined to continue their improvement.

Galway were on the receiving end of a last minute winner last weekend as Donegal kicked 2 injury time points to deny the Tribes at home.

It will be a big test of their character for Galway away to Monaghan, if they do rally for the win it could make their season but defeat would be a huge blow with some tricky fixtures to come.

Monaghan’s confidence boost from last weekend coupled with home advantage will make them favourites for this fixture.

Kildare sit bottom of the table and have lost their talisman, Aisling Holton, to retirement since they played their last fixture, a 2 point loss to Tyrone.

Cavan made up for their opening round defeat with a good win against Clare in Round 2.

Kildare have performed well against strong opposition in their first 2 matches but have lost both despite being in winning positions.

With Aisling Doonan in top form Cavan will be another tough nut for Kildare to crack.

Sligo surprised some when they defeated a strong Westmeath team in Round 2 to get their first points on the board. Home advantage will again play a big part when they welcome Waterford to Cloonacool.

Waterford will be delighted having held off a strong Laois team in their previous round and will be hopeful that they will still be unbeaten come Sunday evening.

This should be a brilliant game but with Sligo showing their strength on home ground they will be sure to make it very difficult for Waterford to leave with any points this weekend.

Clare have had a tough start to the season as they have played two of the top teams in the Division already.

It gets no easier for the Banner as they welcome a resurgent Laois team who are starting to show signs of improvement after some difficult years.

With Niamh O’Dea in top form this might be a difficult day for Laois but they are more than capable of springing a surprise.

Two of the favourites for the Division 2 crown will clash in Omagh on Sunday. Tyrone have had a great start to life in Division 2 as they have recorded 2 wins to date grinding out the results on the way.

Westmeath were surprisingly beaten in Sligo last weekend and they will be determined to ensure that it is not 2 losses in a row on the road.

This match could go either way but both teams will want to lay down a marker against opposition they could well meet again later in the competition.

It has gone pretty much as expected for Tipperary who have a 100% record to date.

They now welcome a Down team to Ardfinnan that have yet to win a match although there has already been improvement especially with the return of Kyla Trainor to the squad.

Down will continue to improve but this match is one that might be beyond them at this stage.

These two teams have had very different returns from their opening fixtures. Offaly are winless and pointless whereas Leitrim are topping the table.

The Leitrim girls will look to continue their form to date whereas it will probably be a case of damage limitation for the home side.

Wexford have added Kerry legend, Bernie Breen, to their ranks and are already reaping the benefits that her experience is supplying after a comprehensive win against Offaly last time out.

Limerick have fallen to 2 defeats in their first matches but they will have targeted this match as their first potential victory.

Wexford should make home advantage count but it will be a tough game.

Meath have been enjoying the new season as they have opened up with 2 victories and have been impressive enroute to those wins.

Roscommon have had a mixed season but they will view this game as an opportunity to make a big statement against one of their promotion rivals.

Louth have struggled to date and will want to get their campaign back on track, especially when they have their great rivals, Antrim, as the opposition.

Antrim recovered from a heavy Round 1 defeat to record a good win last time out.

Both of these teams need a win especially knowing that defeat could end their promotion hopes.

Longford have been in brilliant form to date and will be very close to securing their place in a semi final with a win this weekend.

Derry were well beaten against Antrim last weekend and it won’t be any easier for them when they meet the table toppers on Sunday.

Fermanagh have had two good wins to date but they face improved opposition against a very strong Wicklow team who are also unbeaten.

Wicklow will fancy their chances of making it a third win in a row but Fermanagh will present their biggest challenge to date.

Both of these teams will have targeted this game as a potential victory when the fixtures were released at the start of the season.

Carlow come into this match on a high after beating Louth in their opening fixture and although they were brought back down to earth against Longford in Round 2 they will still feel good about their chances.

This is Kilkenny’s first campaign in a long time and although they have been beaten twice to date they will feel that they can be much more competitive this weekend.