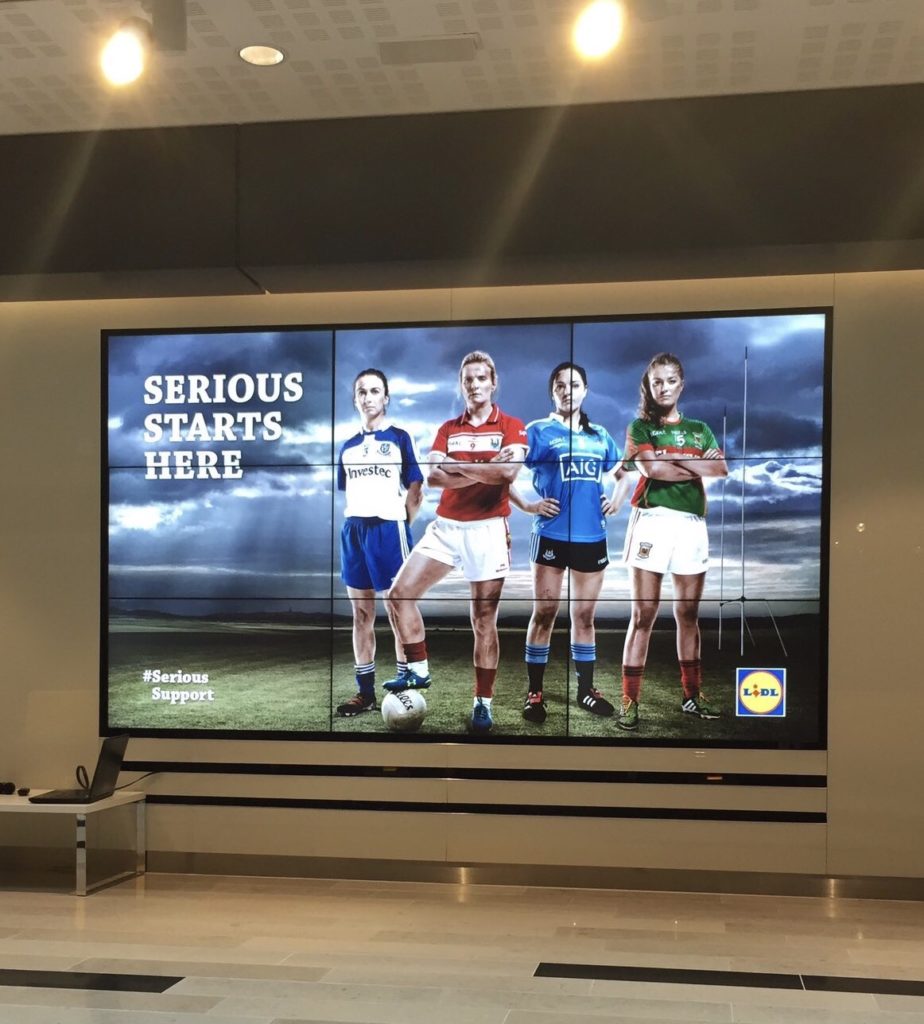 Lidl today announced plans for the second year of their partnership with the Ladies Gaelic Football Association at the launch of the 2017 Lidl Ladies National Football League.

Following on from the phenomenal success of the #SeriousSupport campaign last year which saw the retailer pledge to invest over €1.5 million in Ladies Gaelic Football in year one, Lidl today commits to the same level of support for the season ahead.

The 2017 Lidl National Football Leagues have the potential to be the most keenly contested in recent years with intense competition across all 4 Divisions. All eyes will be on Cork in Division 1 of the Lidl National Football League as speculation surrounds the future of some of their biggest name players. However, such is the depth of talent available to the Rebellettes that they will enter the campaign as favourites to make it a fifth title in a row. The addition of Donegal to the top grade means that all 8 teams are very evenly matched as all have the potential to reach the knockout stages. There will be a lot of interest in Dublin and their new manager, Mick Bohan, who will begin their campaign to make up for recent disappointments. 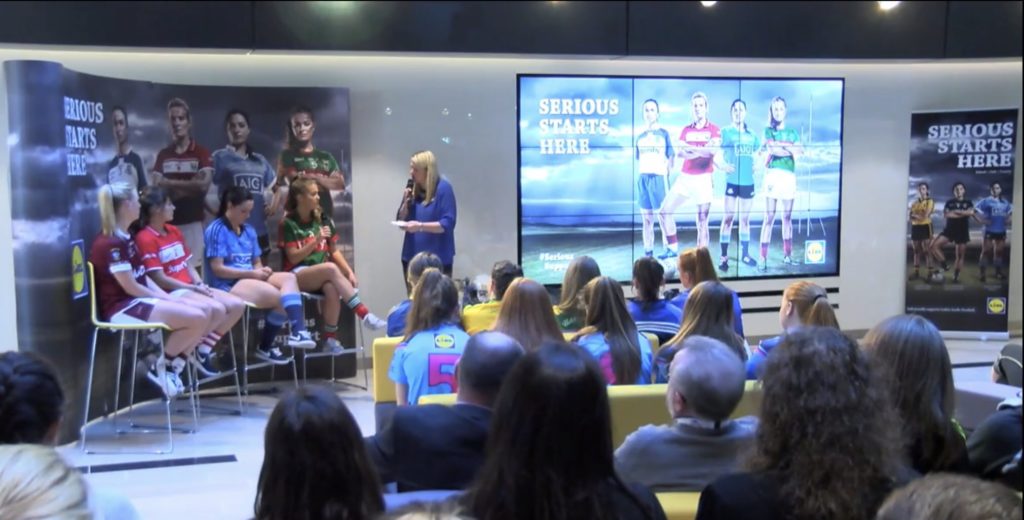 Waterford will start their first campaign in Division 2 as favourites for back to back promotion but they will have their work cut out for them in what will be a very strong division with the likes of Westmeath and Cavan along with the TG4 Intermediate All Ireland finalists Kildare and Clare. Tipperary will bear the weight of expectation as they enter their Division 3 campaign as favourites for promotion and their new manager, Shane Ronayne, will hope to use all the experience he gained from working with Cork legend, Eamonn Ryan, to steer the Premier County to the top of the table. In Division 4 there is a welcome return to the National League for Kilkenny who contest their first National League in several years and they will hope to hit the ground running and make an immediate impact. 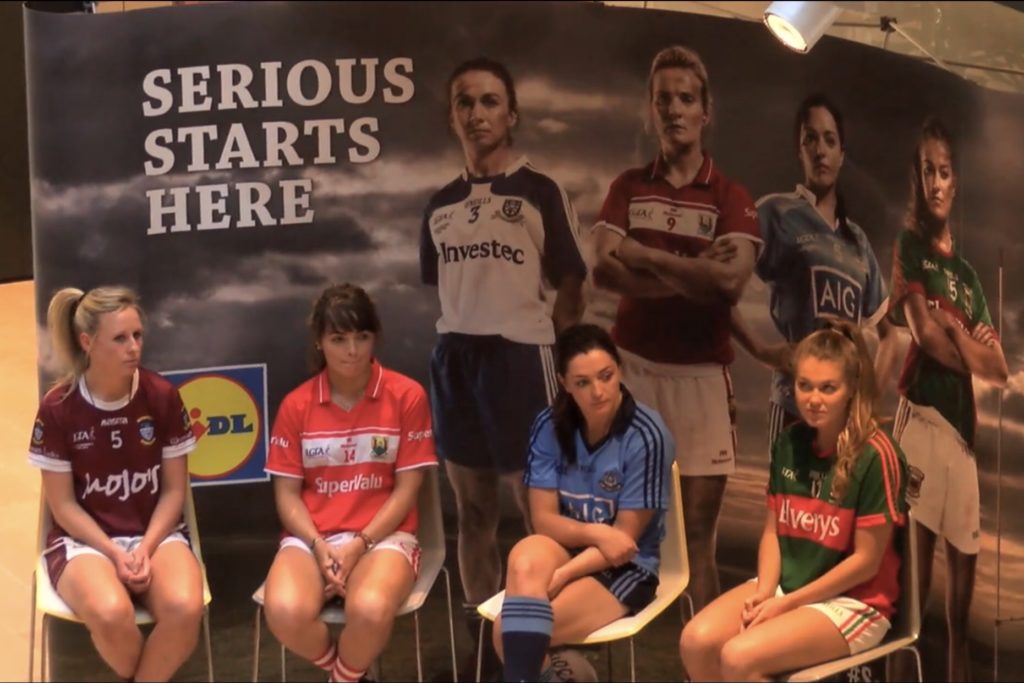 Speaking at the launch of the Lidl National Football Leagues, LGFA President, Marie Hickey said ‘2016 was a great year for the sport of Ladies Gaelic Football as we achieved some great milestones. Our partnership with Lidl has had immediate benefits both on and off the field and their investment on our game has been most welcome. We are all looking forward to another great year and it all starts next Sunday. I hope that the supporters of the sport will join us on the terraces throughout the country this Sunday where we can help deliver on Lidl’s promise that ‘Serious Starts Here.’

Speaking on behalf of Lidl, Managing Director John Paul Scally says: ‘Year one of our partnership with the LGFA was a resounding success. The feedback we have received from our own team as well as our customers has been nothing short of remarkable. With almost 150 stores, we are a part of communities all over Ireland. For this reason we are very well placed to ensure that our support reaches the very heart of the organisation, in clubs and schools right across the country. Last year we committed to a huge investment of both finances and time in this partnership and 2017 will be no different. I said last year that as a brand, we identified strongly with the LGFA’s ambition and drive and I’m delighted that this partnership has struck a chord, not only with the associations’ supporters, but also with the general Irish public. At Lidl we are extremely proud to continue to be the biggest supporter of women’s sport in Ireland.’

The next phase of the campaign is entitled “Serious Starts Here” and sees Lidl investing further in the LGFA where it counts most – at local level and in the community. This is where serious support is born and nurtured – through the dedication of a local community. It all begins with a school or a club and Lidl wants to help make the support for players strong from the start so young female talent is given its best chance. The first phase of the campaign will see an above the line regional campaign launched featuring 8 counties. The creative will show a county player, a player from their club and a player from their school, with the tagline “Serious Starts Here”. Throughout the year then Lidl will run various initiatives for the benefit of clubs and schools, following on from the successful kit donations last year. 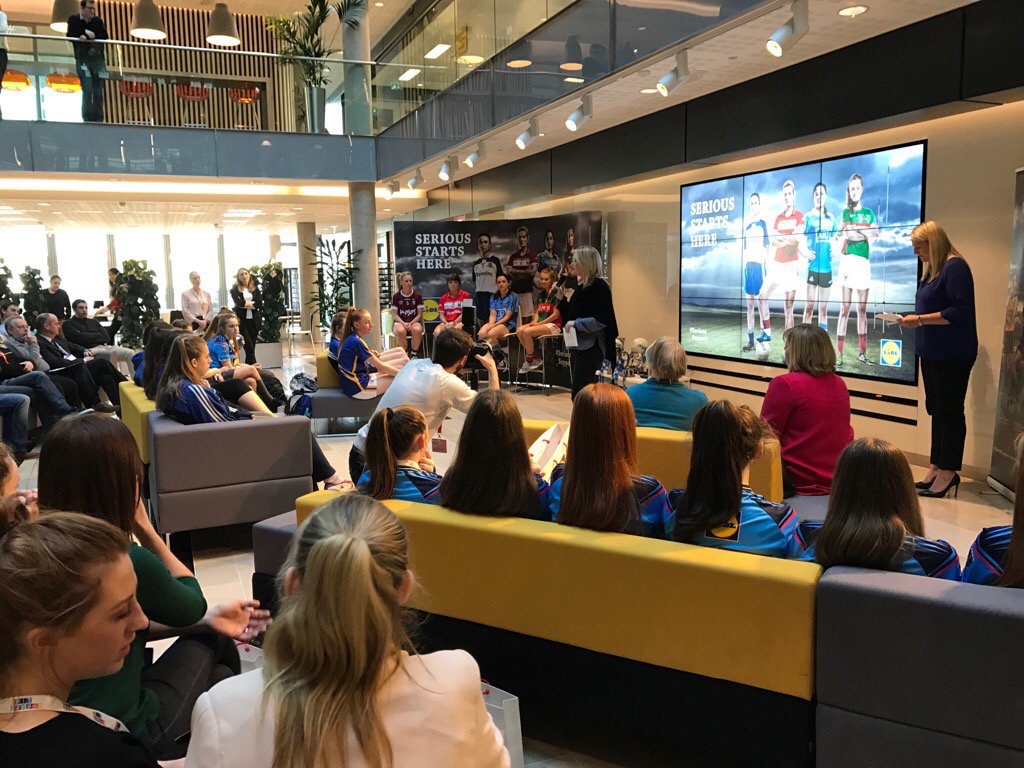