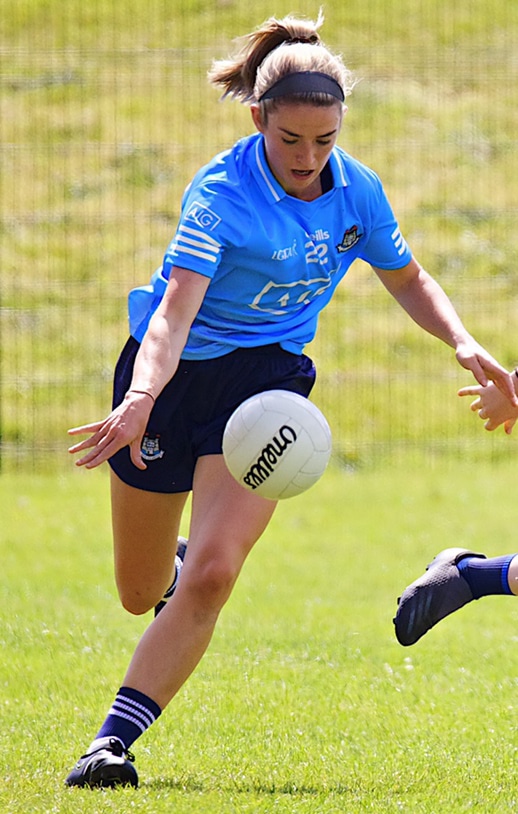 Dublin manager Mick Bohan has made one change to his starting 15 for tomorrow afternoons TG4 All Ireland semi final agaisnt Mayo in Croke Park.

That one change sees Clontarf’s Siobhan Killeen come into the side at corner forward in place of her club mate Caoimhe O’Connor.

Tomorrow afternoon’s encounter will be the ninth meeting of the sides since Mick Bohan took charge.

In the previous eight meetings Dublin have lost just once and that was the first meeting under the guidance of Bohan back in 2017 in the National Football League which Mayo won by a point on a scoreline of 1-11 to 1-10.

Dublin and Mayo last met nine weeks ago in the National Football League Division 1 semi-final. Goals from Sinead Aherne (2), Jennifer Dunne and Niamh Hetherton propelled Dublin to a 4-15 to 0-10 win.

Eleven of the Mayo team that started that league semi-final will be in action tomorrow afternoon in Croke Park. The four added players are Dayna Finn, Ciara Whyte, Lisa Cafferky and Sarah Rowe.

Attempts at outside influence on referee

As has been the way in the past when teams from these two counties meet in All Ireland semi finals there are those formerly associated with Mayo doing their best to influence how the game will be refereed.

Former Mayo ladies football manager Peter Leahy not for the first time has accused Dublin of cynical play. In an interview yesterday in the Irish Examiner he claimed that there were managers who have a problem with Dublin’s cynicism.

This ploy of course has been used in the past when these two counties have met, both in the ladies and men’s game, the objective of these comments in the press is to try and influence how the referee in charge officiates the game, in particular in this instance how he will officiate Dublin’s tackling.

The man in the middle tomorrow is Seamus Mulvihill from Kerry who was also coincidentally the referee in charge of the Dublin v Mayo league semi-final back in June.

Mulvihill is a very experienced referee and it would be expected he wouldn’t be influenced by remarks in newspaper interviews, but these type of comments in the national press heap unwanted pressure on referees and subsequently his officiating will be more closely monitored and judged by those in attendance or watching the game on TV.

The action gets underway in Croke Park tomorrow at 3.45pm and the game is LIVE on TG4 and on tg4.ie

The winners of tomorrow’s semi final will play either Cork or Meath in the TG4 All-Ireland final on September 4th.

We Are Dublin GAA will have LIVE updates from the game available on their Twitter feed @wearedub and will have half-time and full-time updates over on our Facebook and Instagram accounts.