Dublin forward Niamh McEvoy sounded a warning to her teammates that they still have a lot of improving to do if they are to retain their TG4 All-Ireland Ladies Senior Football Championship, following a show of force against Waterford at the weekend in O’Moore Park, Portlaoise.

The Sky Blues ran out 18-point winners in this Group 2 tie on Saturday, with Monaghan due to play Waterford next Saturday in what is now a crunch fixture.

As champions for the last two seasons all eyes are on Mick Bohan’s side this summer, and after recently defending their Leinster title, the got their round robin series off to a convincing win thanks to goals from Lyndsey Davey, Nicole Owens and McEvoy.

“Nothing we’ve done before in the past is going to be good enough to win an All-Ireland. You always have to improve on the previous season,” said McEvoy, who scored 2-04 of her side’s total.

“We know we have to bring a bit more, but there was no talk of who was missing today. It was everybody who was available, what they could bring to the table.

“We’re obviously happy with the win, but there’s definitely things we’re going to take away from today to build on.”

Meanwhile, in the opening game of the O’Moore Park double-bill, Connacht champions Galway survived a real shock to get the better of Kerry on a 1-14 to 1-10 scoreline in Group 3.

At one stage Tim Rabbitt’s side trailed by ten points during the first-half after Hannah O’Donoghue led the Kerry charge. But Tracey Leonard played a captain’s part and a goal from Louise Ward just before half-time settled Galway.

“We never really got going in the first-half,” said Galway midfielder Aine McDonagh.

This was a crucial victory for Cavan, as the two counties are pitted in Group 1 with Lidl NFL Division 1 champions Cork, who are many people’s favourites to lift the Brendan Martin Cup on September 15.

A hat-trick from Aimee Mackin and two goals for her sister Blaithin were not enough for Armagh, as Aishling Maguire’s injury-time winners game them the honours.

“We put our faith in these girls and they got us over the line. It was a big game; we needed a big performance,” said Cavan manager James Daly.

Also on Saturday, there was a crucial victory for Mayo over Tyrone at Healy Park, Omagh.

Tyrone and Mayo are in Group 4 with Ulster champions Donegal, and victory in this tricky group was a significant outcome for Mayo.

Two goals for Rachel Kearns and another from Grace Kelly ensured Mayo got over the line with a three-point win, a week on from their defeat to Galway in the TG4 Connacht Final replay.

“If one of those early goalscoring chances had been taken we would have pushed on to win the game, as it stands there were positives but we haven’t the points on the board, it’s one that got away,” said Tyrone boss Gerry Moane.

Meanwhile, in the TG4 All-Ireland Intermediate Championship, there were victories for Sligo, Kildare, Tipperary, Wexford and Roscommon, while Longford and Wicklow played out a draw in the final game of the weekend.

In the big Intermediate clash of the weekend, Tipperary accounted for Meath in Ardfinnan on Sunday.

This was a meeting between two of the leading contenders for the Mary Quinn Memorial Cup in September, and Tipperary laid the foundation for victory thanks to early goals from Aishling Moloney and Angela McGuigan.

Meath charged back in the second-half, but it was the Munster side that held on for a key Group 2 victory.

And in the TG4 All-Ireland Junior Championship, Louth repeated their Leinster Final victory over Carlow, scoring a 4-18 to 2-9 win.

There was also a repeat fixture in Ulster, where Derry and Antrim, who had clashed in the provincial semi-final, renewed acquaintances.

This one went the way of Ulster champions Antrim again, as the Saffrons claimed a 1-13 to 2-9 win despite two late goals from Derry. 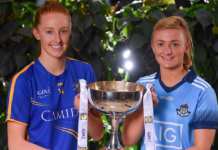 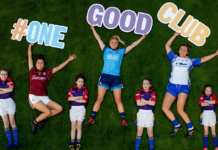 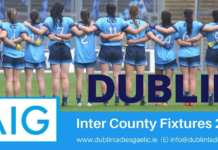 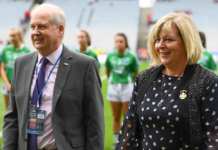