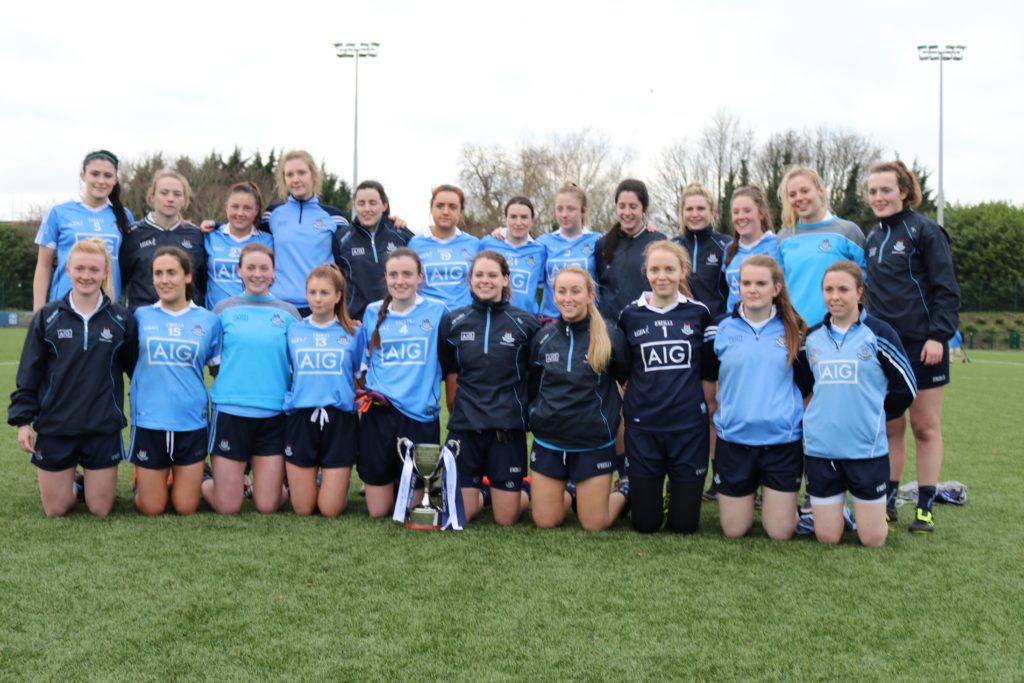 The Dublin ladies senior side began 2017 in a winning fashion at the DCU Sports grounds on Sunday afternoon, when they held off a late surge from the 2016 Dub Stars in the New Ireland Assurance Dub Stars Challenge.

In his first game as Sky Blues supremo, Mick Bohan selected eight players from the team that lost the 2016 All-Ireland decider to Cork. Foxrock/Cabinteely’s Niamh Collins also featured for the Dub Stars, but courtesy of first-half goals from Carla Rowe, Lyndsey Davey and Kelli Taite, the county side claimed the silverware for a third year in succession. 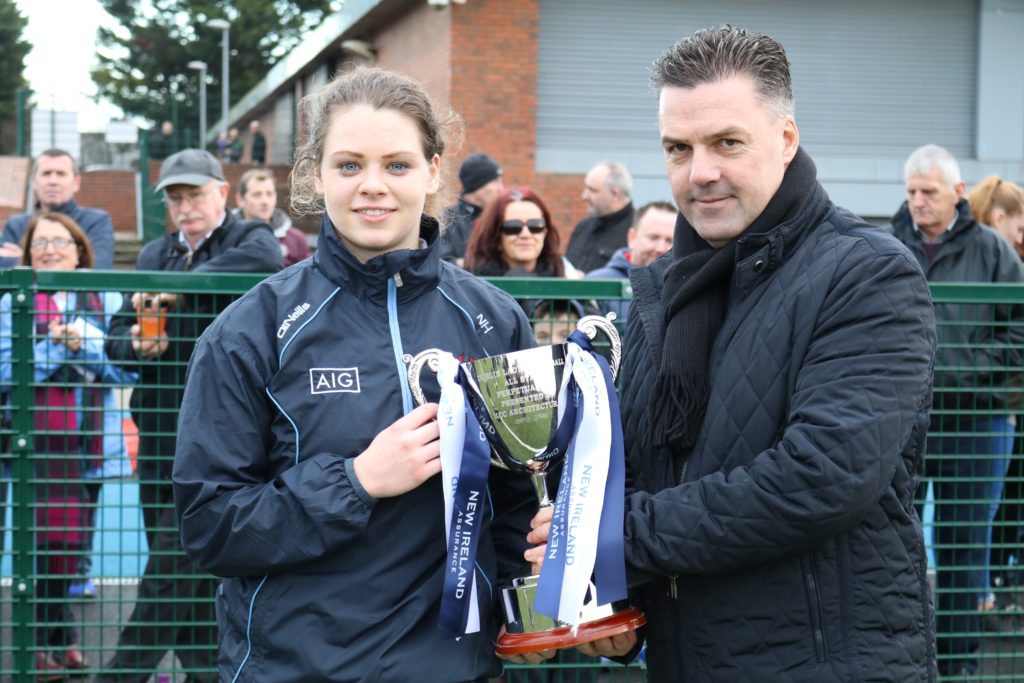 In front of a lively crowd, Dublin were aiming to hit the ground running on the north side college’s immaculate 4G pitch. Early points from the reliable Sinead Aherne and Hannah O’Neill helped them to shake off the early season cobwebs, and even though the Stars responded with a fine point from Amy Connolly, Aherne split the posts in spectacular style for the Leinster champions. 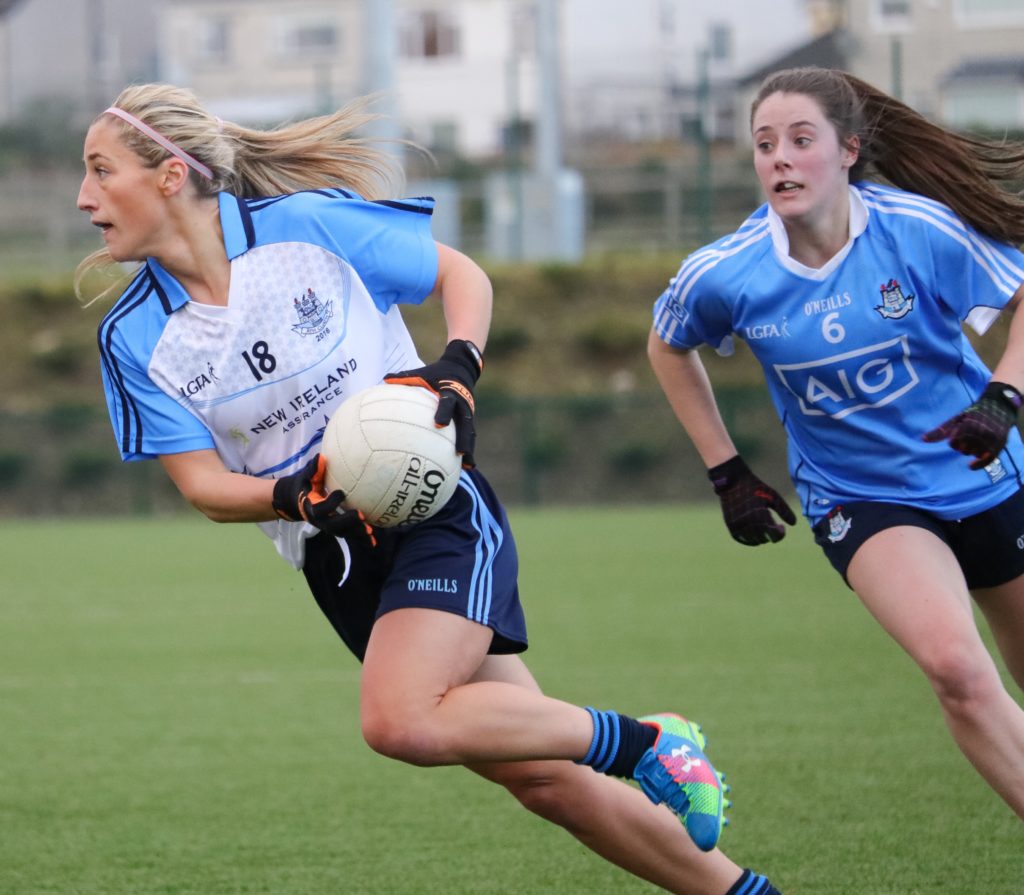 The Stars were able to include six Foxrock players in their match day squad (Fox/Cab manager Pat Ring was in charge of the team for the day), but it was Thomas Davis’ Niamh McGoldrick who produced the goods for them in the 10th-minute. 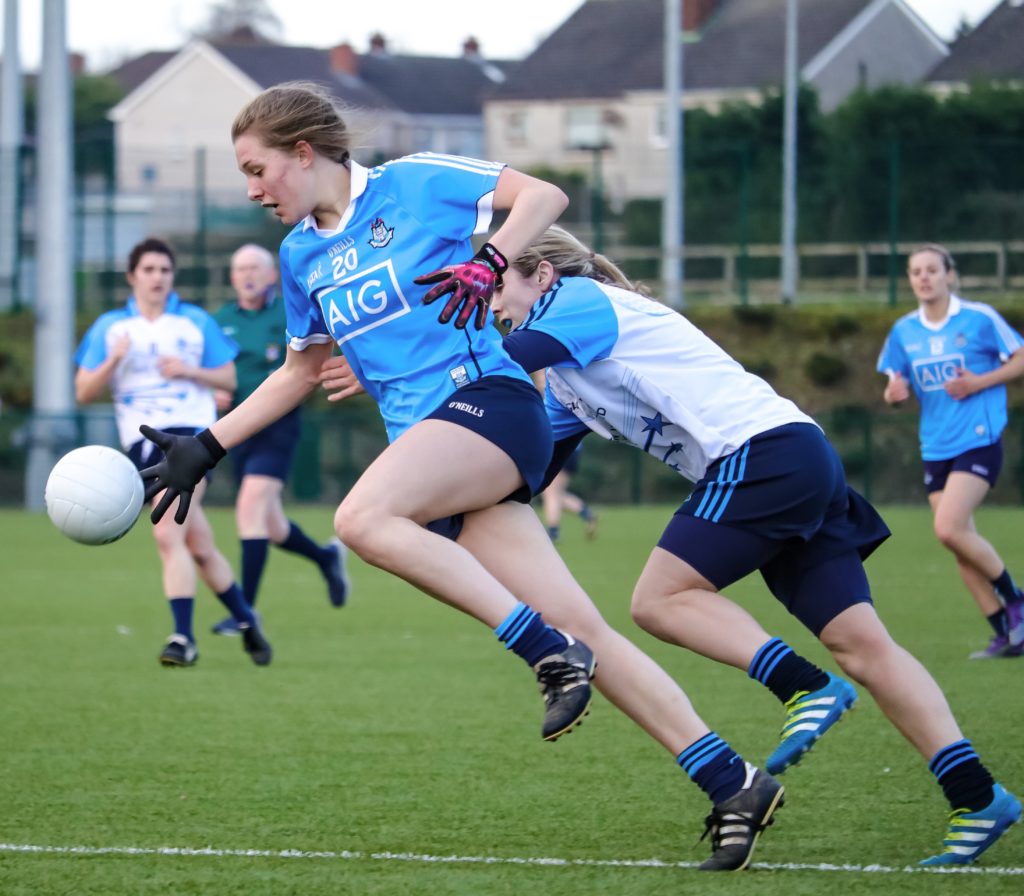 She registered the opening goal of the game at the end of a fine move, and from the subsequent attack, Olivia Leonard (a substitute for Dublin in last year’s All-Ireland defeat) fired past helpless opposition net minder Ciara Trant to open up a gap of four points. 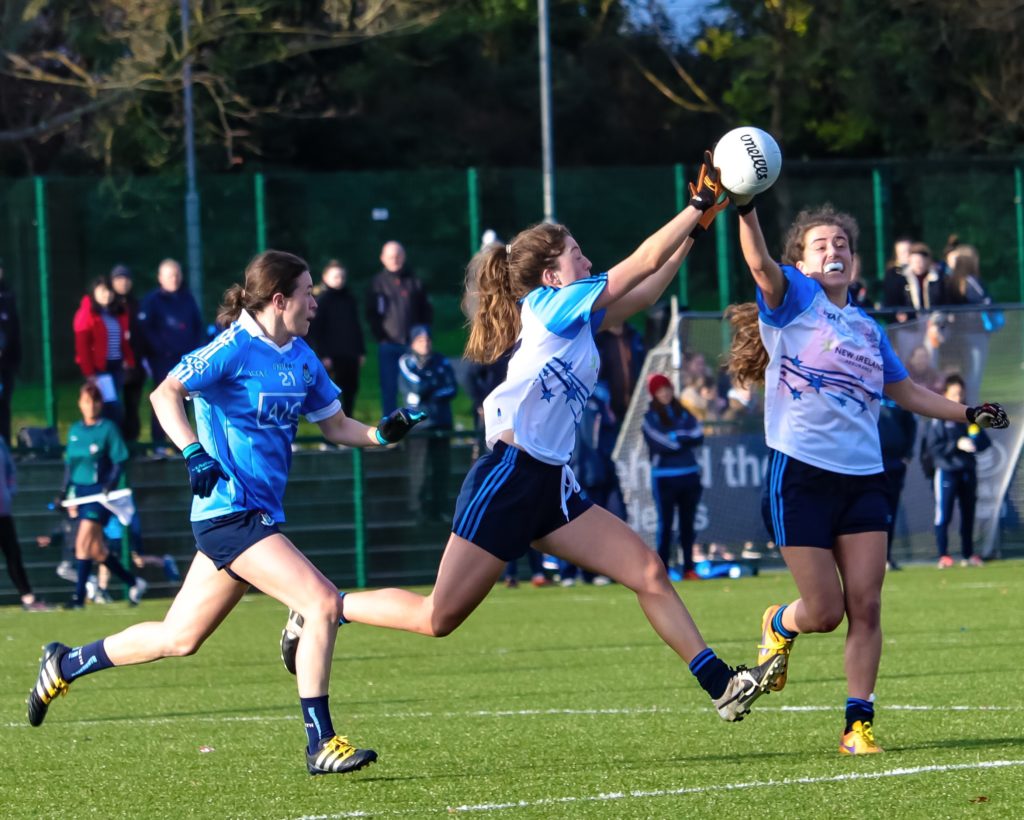 A rampant Stars side then added a point through the increasingly-influential Leonard, and Connolly was later on hand to cancel out a Dublin score from midfielder Noelle Healy. Yet, there was always a sense that Dublin would eventually settle into their stride, and after Nicole Owens narrowly missed out on securing a three-pointer, Lyndsey Davey fired clinically to the bottom corner of the Stars net. 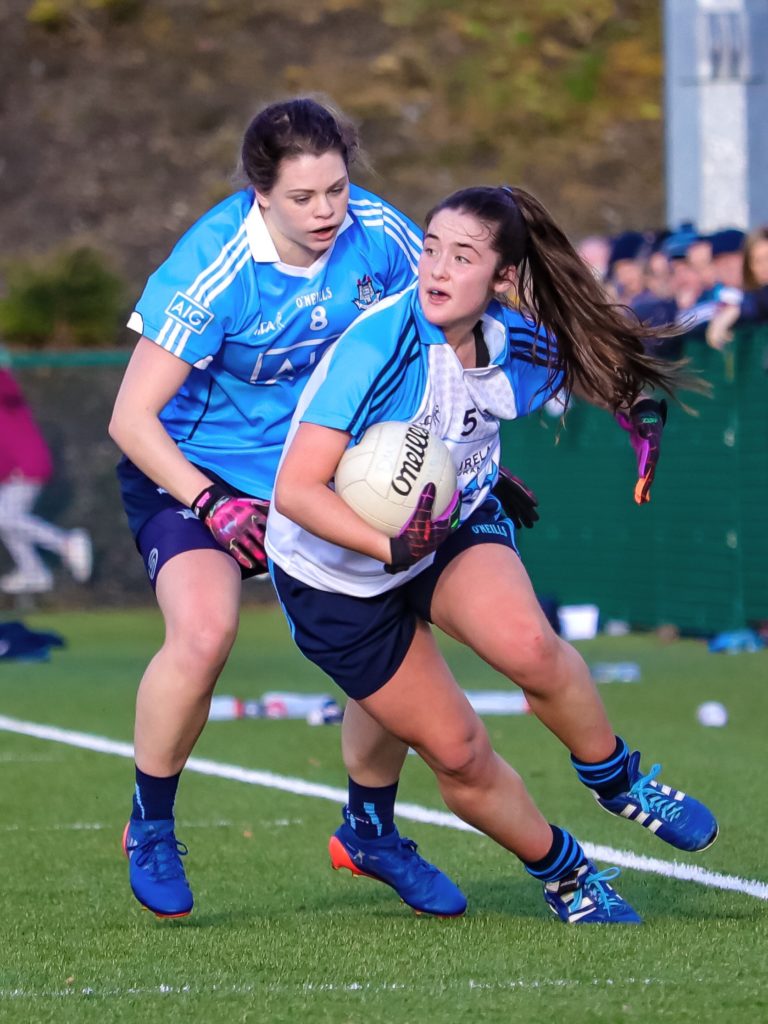 This was the bolt of energy that Dublin needed, and a brace of scores from Owens helped them to level matters in the 23rd-minute. The Stars initially replied with a point by Fingallians’ Niamh Ward, but it was Dublin who dominated the closing stages of the opening period.

Centre-back Siobhan Woods and Carla Rowe pointed to move them back into the ascendancy, and during a lengthy spell of stoppage-time, they issued a series of hammer blows to the Stars challenge. 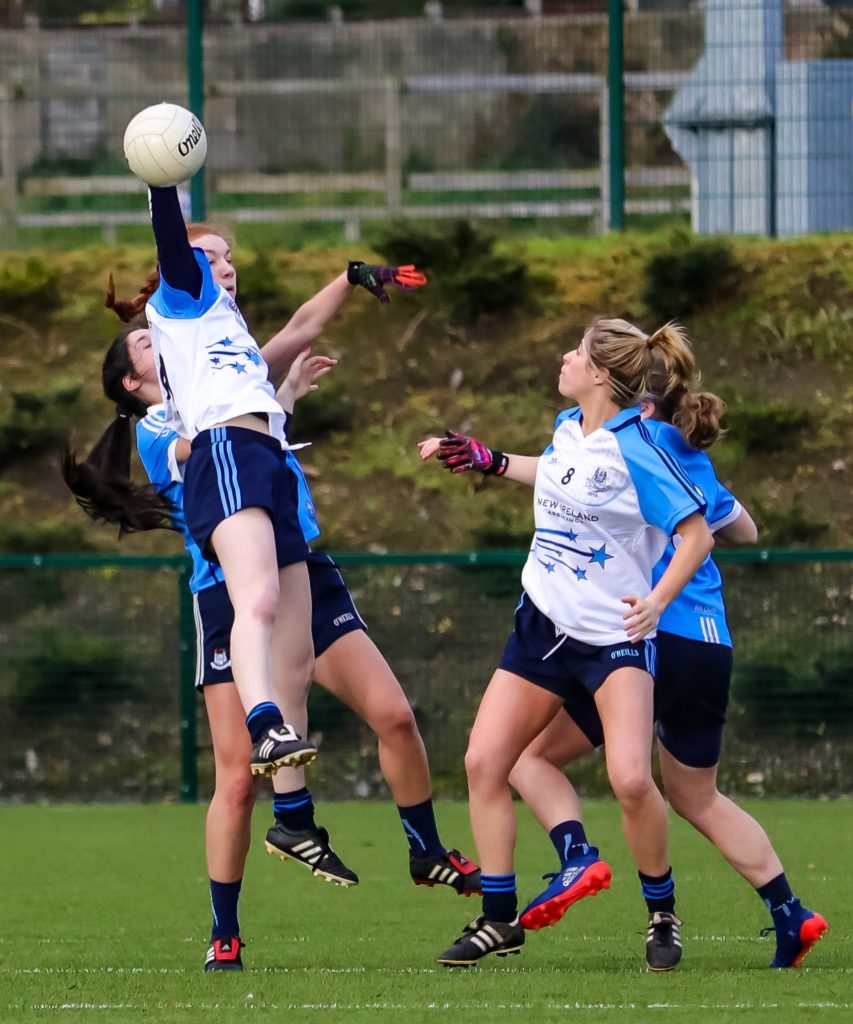 Rowe finished simply to the net after substitute Taite had a shot superbly saved by Emer Ni Eafa, and this was followed by another point from Owens. Dublin were now playing with supreme confidence, and a third goal from Templeogue Synge Street’s Taite ensured that they brought a 3-09 to 2-04 lead into the second-half. 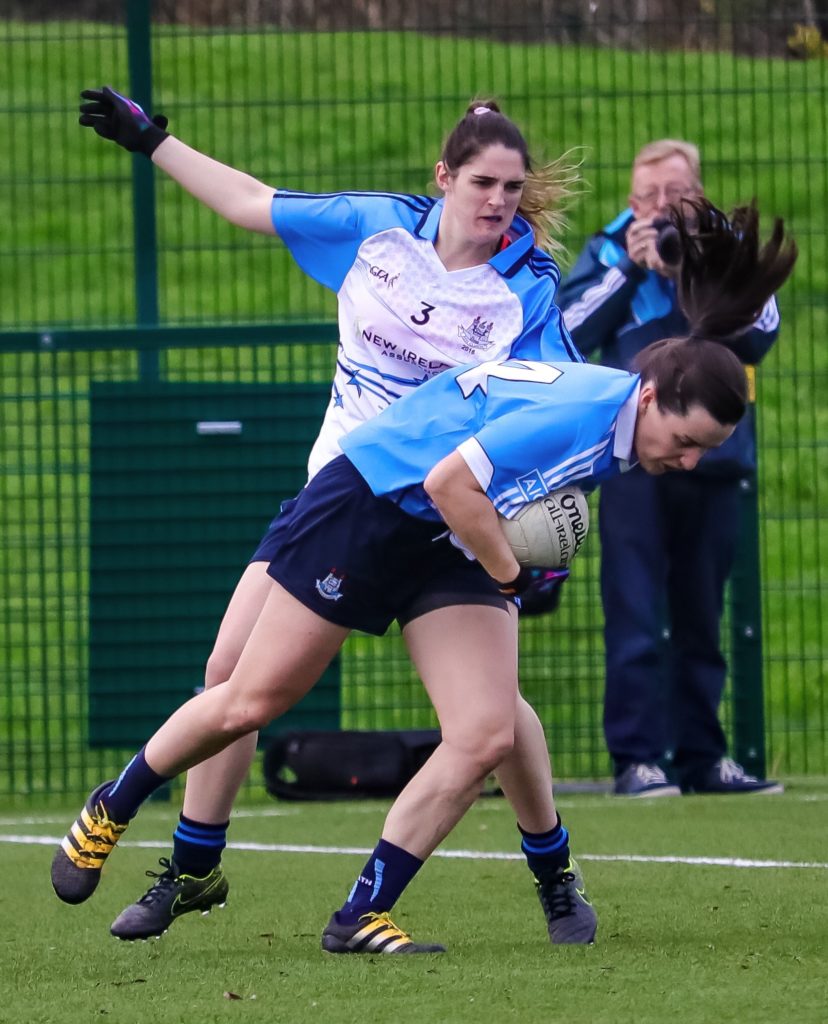 This left the Stars with a mountain to climb upon the resumption, and although they added to their tally with a Rebecca McDonnell point from the opening attack, they remained eight points in arrears when Naomi Clare registered a 35th-minute single for Dublin.

Yet, the Stars were showing plenty of resilience, and white flag efforts from St Maur’s centre-fielder Eadaoin McGuinness and McDonnell kept them within touching distance of their well-drilled counterparts. 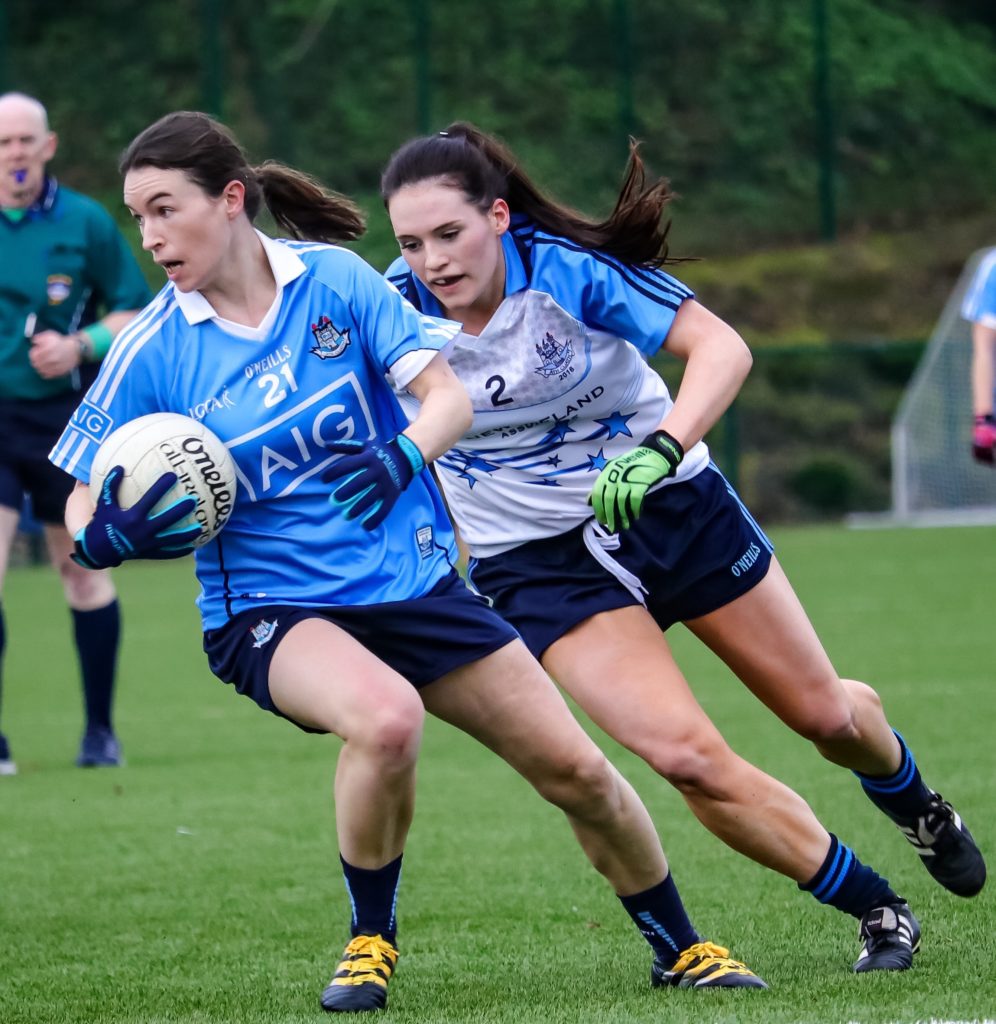 Dublin reinforced their superiority with consecutive points from Clare and Aherne, but in a similar vein to the way they had ended the opening half, it was the Dub Stars who assumed control of the proceedings in the latter stages.

Leonard was eager to make an impression ahead of Dublin’s National League campaign, and she added two points to her tally in the 47th and 54th minutes respectively. The Stars were still facing into a sizeable deficit at this point, but following Kate McKenna’s excellent point four minutes from the end, they posed several questions for the Dublin defence. 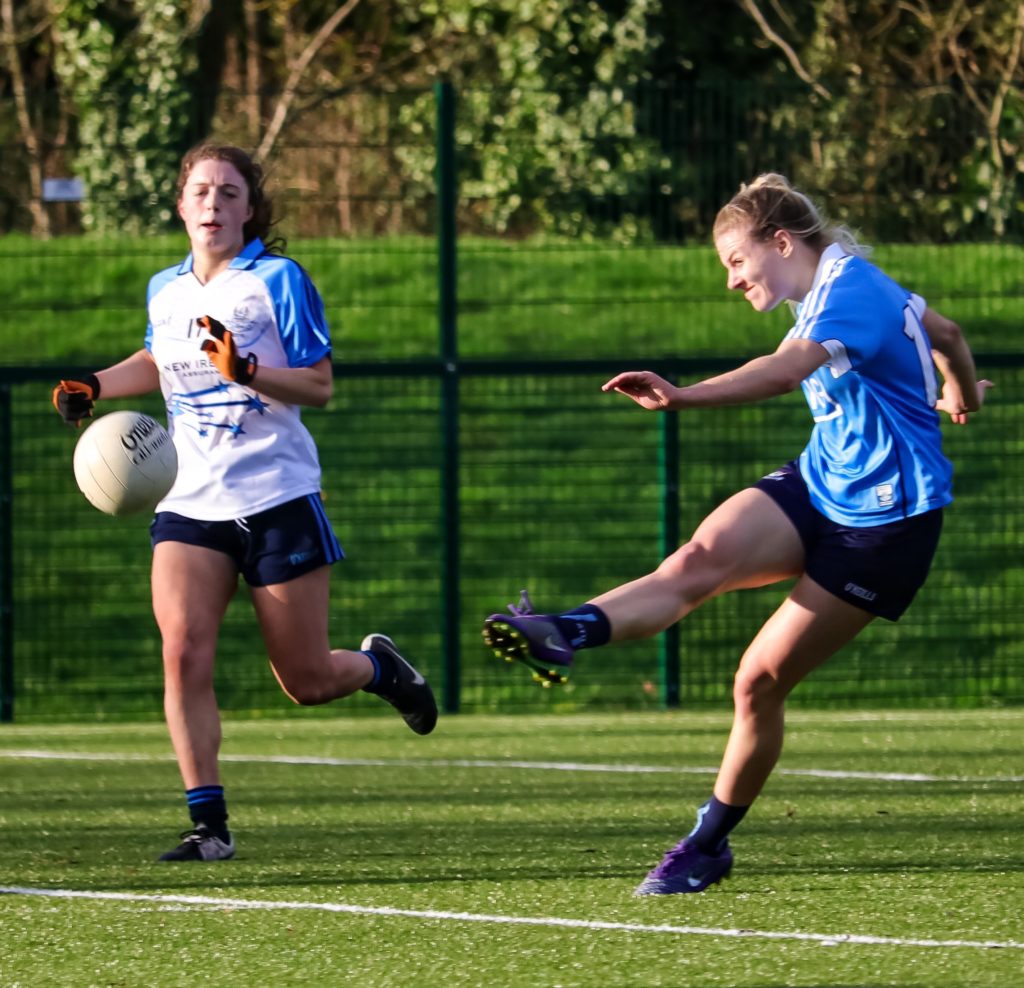 Dublin had introduced the likes of Jennifer O’Dell (Templeogue Synge Street) and Michelle Davoren (Kilmacud Crokes) from the substitutes’ bench in the second-half, but they were left reeling by the concession of a third goal to McGoldrick.

Indeed, another McKenna point turned it into a one-point game heading into stoppage-time, and from the resulting attack, McGoldrick was presented with an opportunity to change the course of the game. However, Dublin ultimately turned over possession, and held firm for their first victory of the New Year. 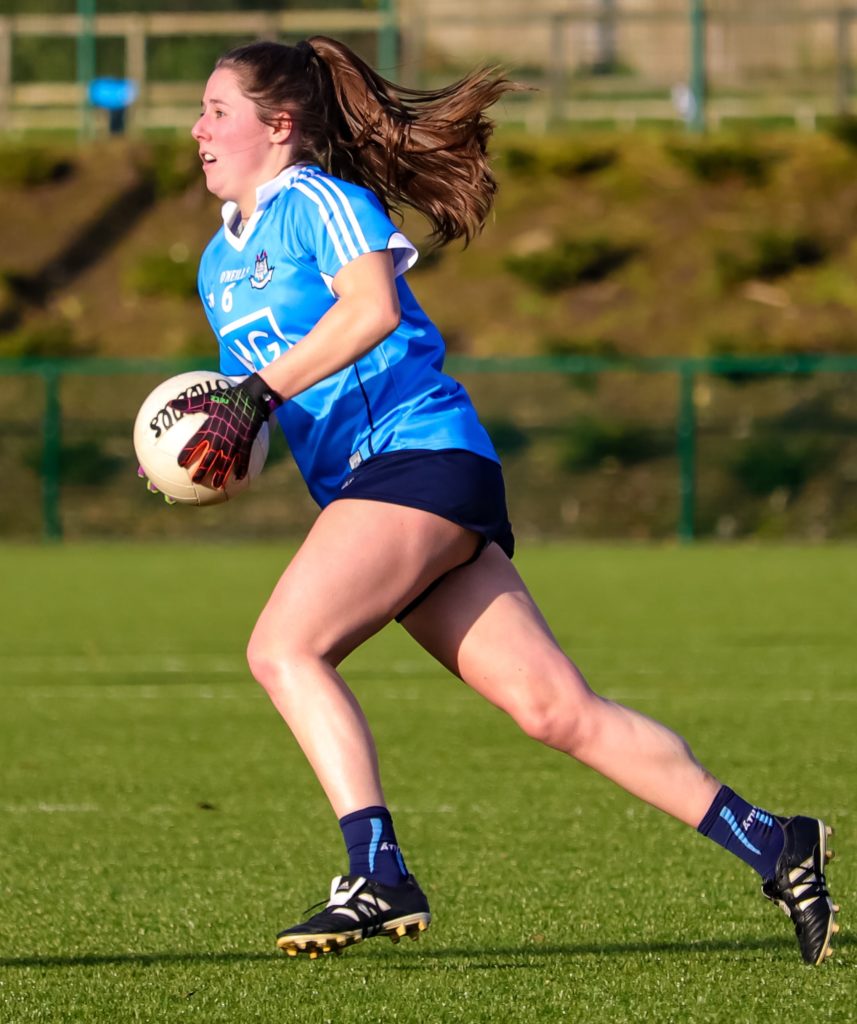 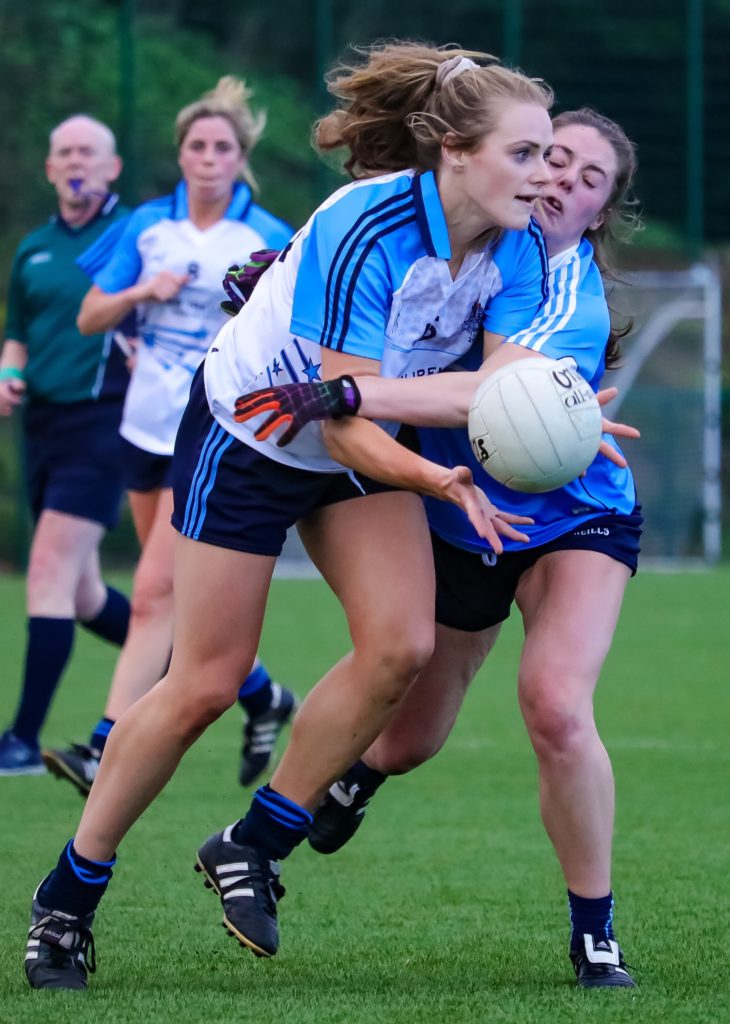 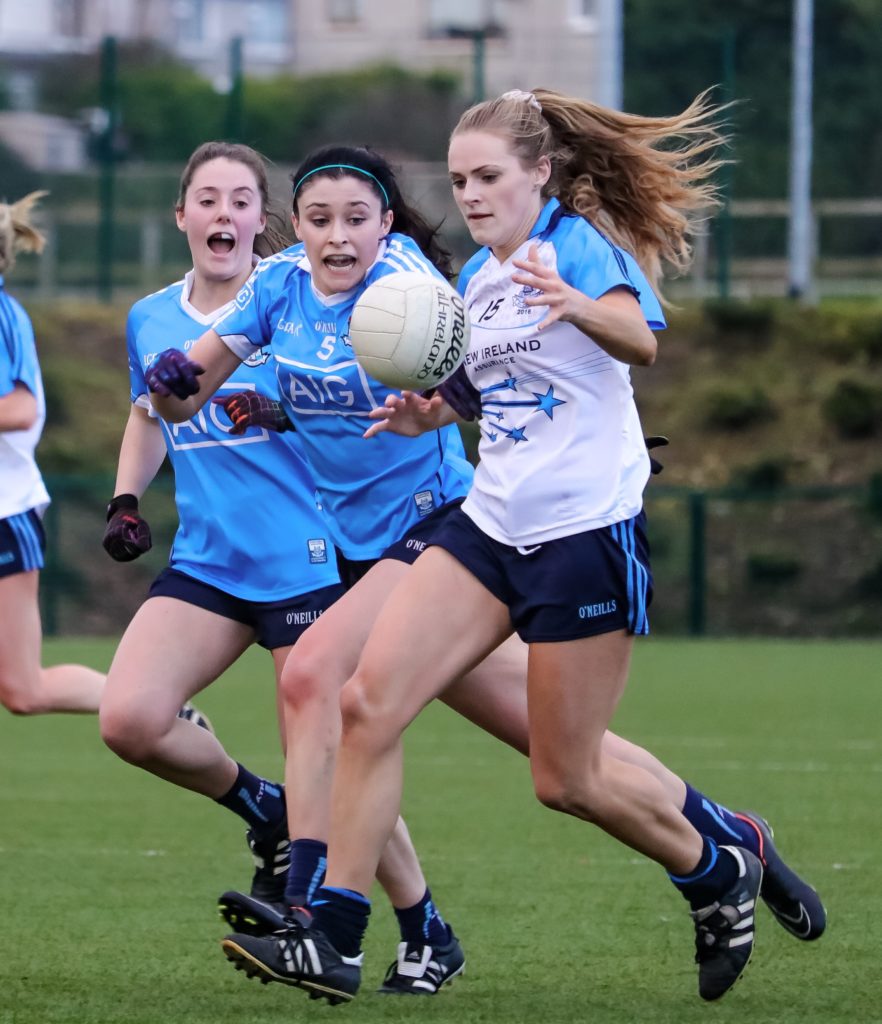 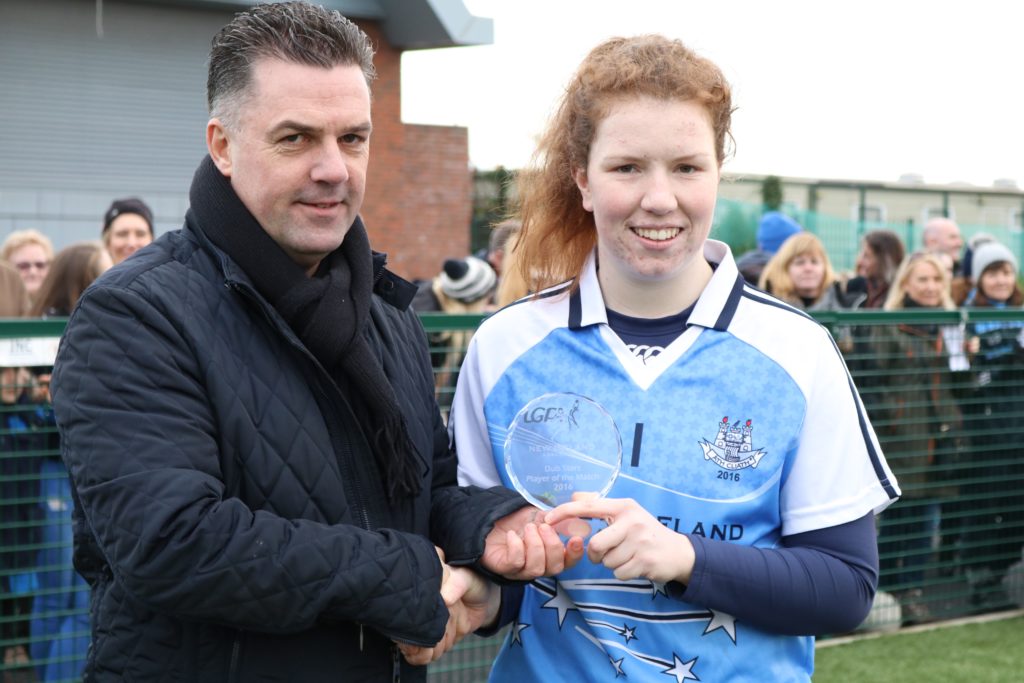 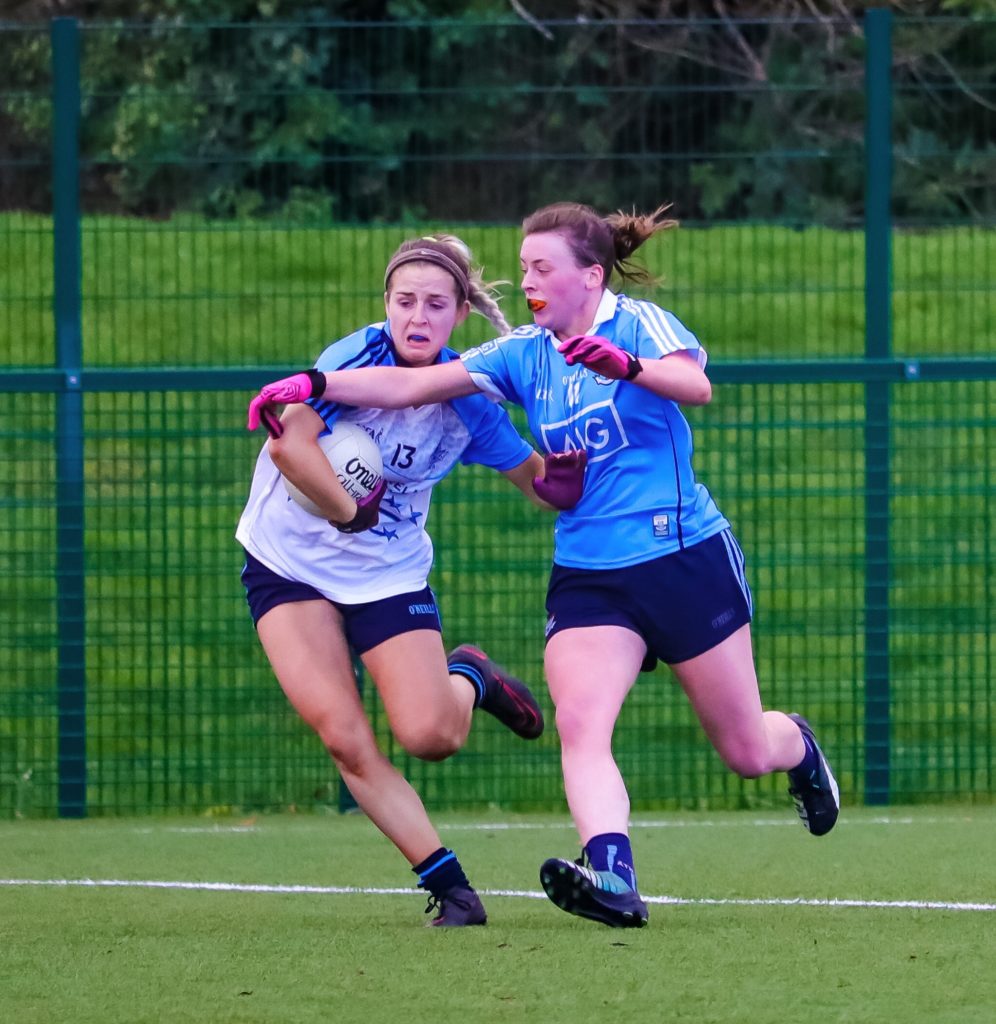 Clubs from Cork, Galway, Dublin, Mayo and Tipperary aiming for All...