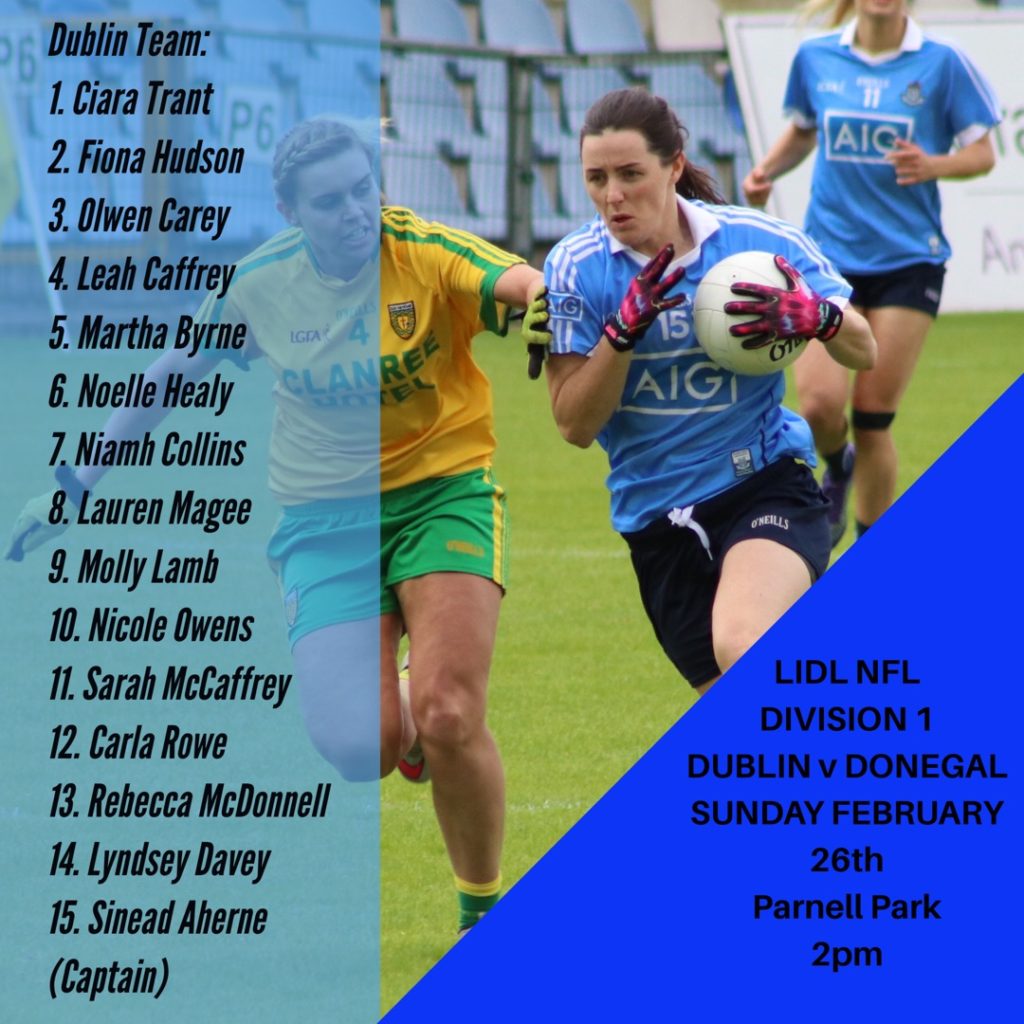 Dublin manager Mick Bohan has named his starting 15 for this weekend’s clash with Donegal.

Indeed Bohan has named quite an experienced side for Sunday’s outing in Parnell Park with 11 of the starting 15 named having lined out for the blues in last September All Ireland final versus Cork.

In total there are five changes to the side that began against Cork last weekend with the Dublin management team continuing with their policy of using the league as a mechanism to consider players ahead of the Leinster championship campaign.

Dublin captain Sinead Aherne returns to the inside forward line having missed last Sunday’s game in Mallow due to family commitments.

Colm McManus of Meath will be the man in charge of Sunday’s round 4 encounter which gets underway in Parnell Park at 2pm. Dublin LGFA will have LIVE score updates available from the game available to supporters via their Twitter page @dublinladiesg