Dublin manager Mick Bohan made an appeal to Minister for Sport, the LGFA and the GAA to really push the buttons 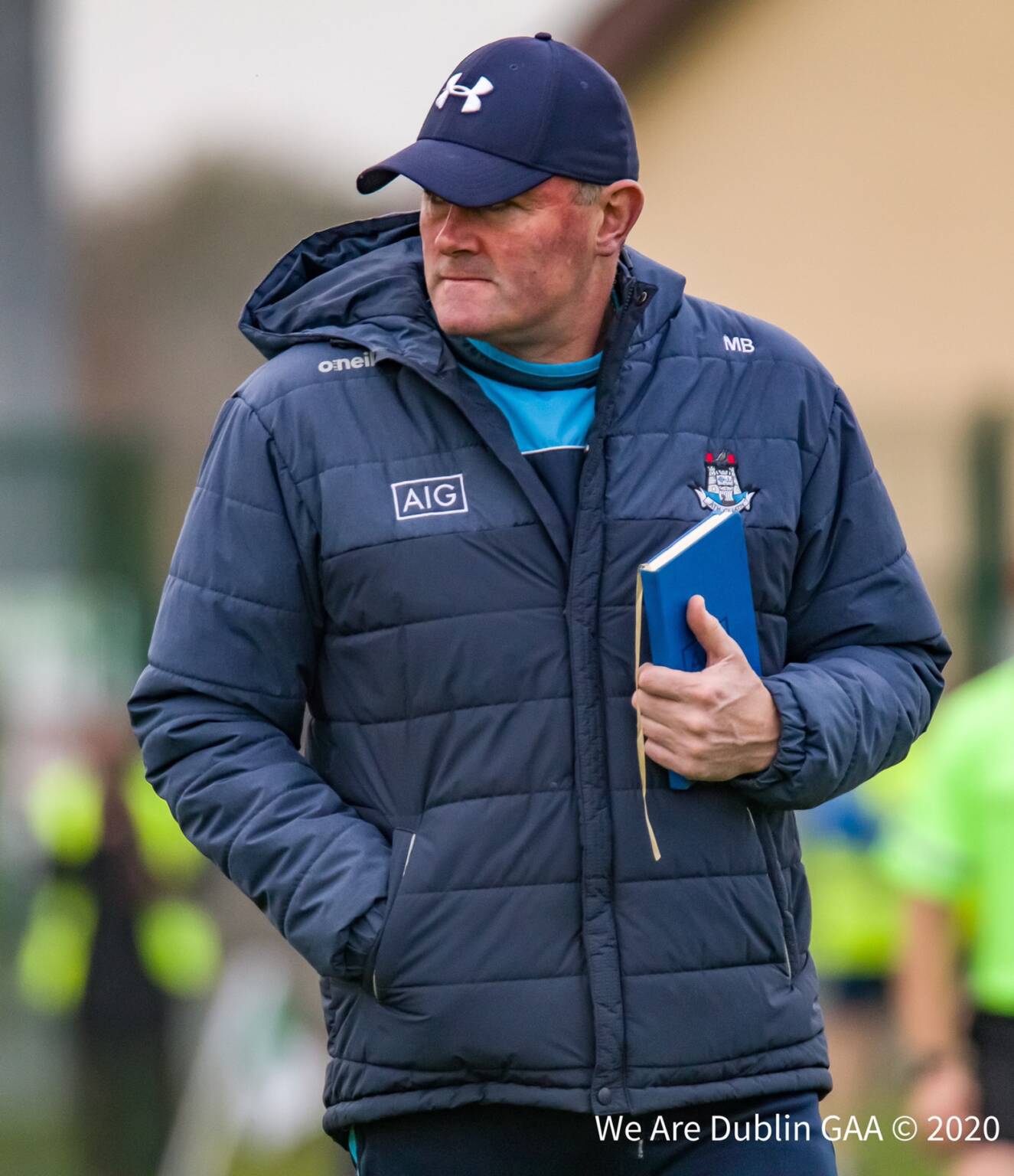 Dublin ladies football manager Mick Bohan has made an appeal to the powers that be to allow his full panel, management team and family members to attend the All Ireland final.

Bohan is not the only manager who has made this appeal with many managers calling for all squad members to be allowed to championship matches.

Mick Bohan issued his appeal while speaking to the media in Breffni Park after his side had qualified for their seventh straight All Ireland final with a five point win over Armagh.

He believes it would be only right given the risks the players and the risks their families have taken in allowing them to play inter-county games, to allow them attend what is a very special day for all concerned.

“Here we are this evening, seven of our panel aren’t here, four of our management team aren’t here, none of their families who support them on a daily basis to allow them to play.

“And every time they come training into a group of 40 people they take a risk, and they go back to their families right all over again, but their families are willing to do that to allow them play inter-county football, or hurling or camogie.

“That’s happening the length and breadth of the country. It’s a testament to our Association that that’s what we are willing to do.

“I really, really do appeal to the Minister for Health, Minister for Sport, to the LGFA and the GAA to really push the buttons.

“I’ve got more text messages this week from people wishing us luck, saying, You’ve actually brought a bit of light into the house over the last couple of weeks.

“And obviously right around the country whether it’s at lads Gaelic games, or ladies Gaelic games, it’s the same and we all have something that we need a little bit of a lift from.”

Earlier in the year Bohan had concerns if the championship should even go ahead, but six months on, despite his initial scepticism the championship is just sixty minutes away from completion without any major problems and he states it’s a big compliment to the teams all around the country and there disciplined approach.

“Was I in favour of it going ahead? No, because I saw so many problems. What have we done? We’ve tried to solve the problems. But has it been like previous years? No. Is the same enjoyment there? No. But I’m very aware of the fact that people are getting enjoyment out of it.

“So as a result of that, we feel there’s an onus and responsibility on us to try and give a performance so that we can bring some entertainment to peoples lives. Our focus for playing this year has shifted.”

“It’s a compliment to the teams all around the country and how disciplined they’ve been, because this doesn’t just happen, the work around the edges coming to training, avoiding friends.

“I know everybody’s doing it but, from a point of view of the team just distancing the whole time until they literally get to the pitch, no meals, no socialising from a team point of view as in going for something to eat, having a cup of coffee, sitting in a changing room, it’s not going to a pub, that’s not the socialising that’s involved at this level.

“My major concern back when I spoke about it was I saw first-hand the strain that they were under. And that hasn’t changed, they were, and still are.

“There’s no right or wrong in all of this, we’re all trying to solve a problem here. And realistically, I think the young men and women of our country who play our national games have done an incredible job, and it’s something we should be immensely proud of.”

In what has been a very difficult year for everyone, any semblance of joy or distraction from the daily doom and gloom has been most welcome and everyone owes a big debt of gratitude for the moments of joy our Gaelic games women and men have provided this year.

For the risks the players and their families have taken in providing entertainment and happiness over the past couple of months, surely with the country back to Level 3 restrictions, the game being played in an outdoor Stadium that holds 80,000 spectators and could easily accommodate full panels and management, plus family members safely following social distancing and mask wearing guidelines, that the appeal for this one special afternoon could be accommodated as a thank you.