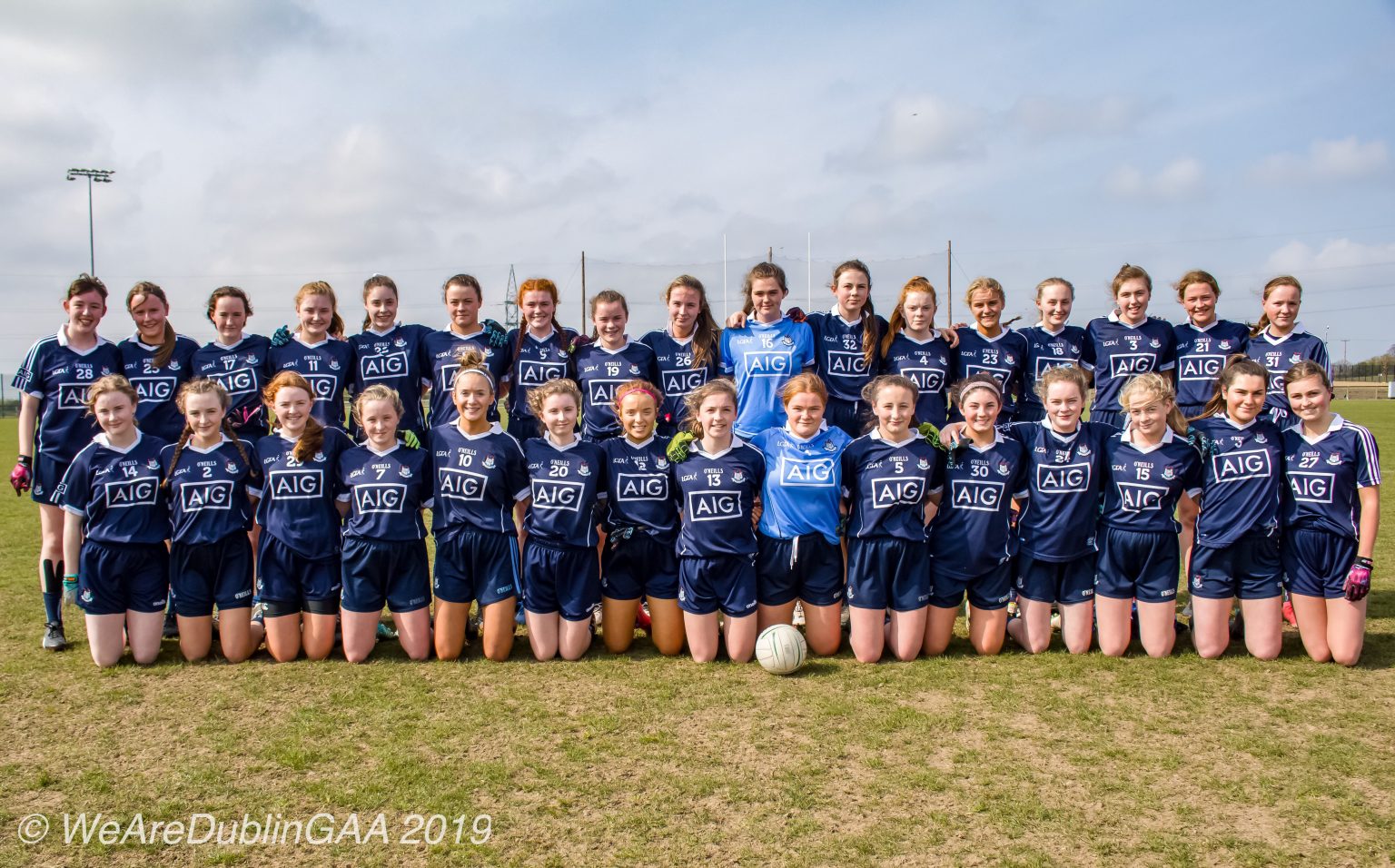 First Half Display Set Up Leinster U16 Championship Win For Meath

Meath hit six goals past Dublin today to win their Leinster U16 Championship clash played in the TU, Blanchardstown Campus.

A dominant first half from the girls from the Royal County which included five goals set them on their way to victory.

Dublin were the better side in the second half, but the twenty point deficit they faced after the opening thirty minutes proved too big a gap to close.

From the throw-in Meath went straight on the attack and Nicole Smith scored the first point of the game. A point from Ciara Smyth put two between the sides, but Dublin responded with a point of their own from Aoibhin McCarthy.

The pace and direct running from Meath cut the Dublin defence open time after time and the visitors reeled off an unanswered 3-04 to take full control.

The points coming from Amy O’Leary, Nicole Smith, Alanna McNulty and Robyn O’Byrne. In between the points Amy O’Leary proved to be a handful hitting a hat-trick of goals.

A point from Katie O’Sullivan stemmed the one way traffic momentarily, but a two goal burst in as many minutes from Amy O’Leary with her fourth of the half and one from Lara O’Neill plus a point from Emma Regan had Meath out of sight with the score at the break 5-07 to 0-02. 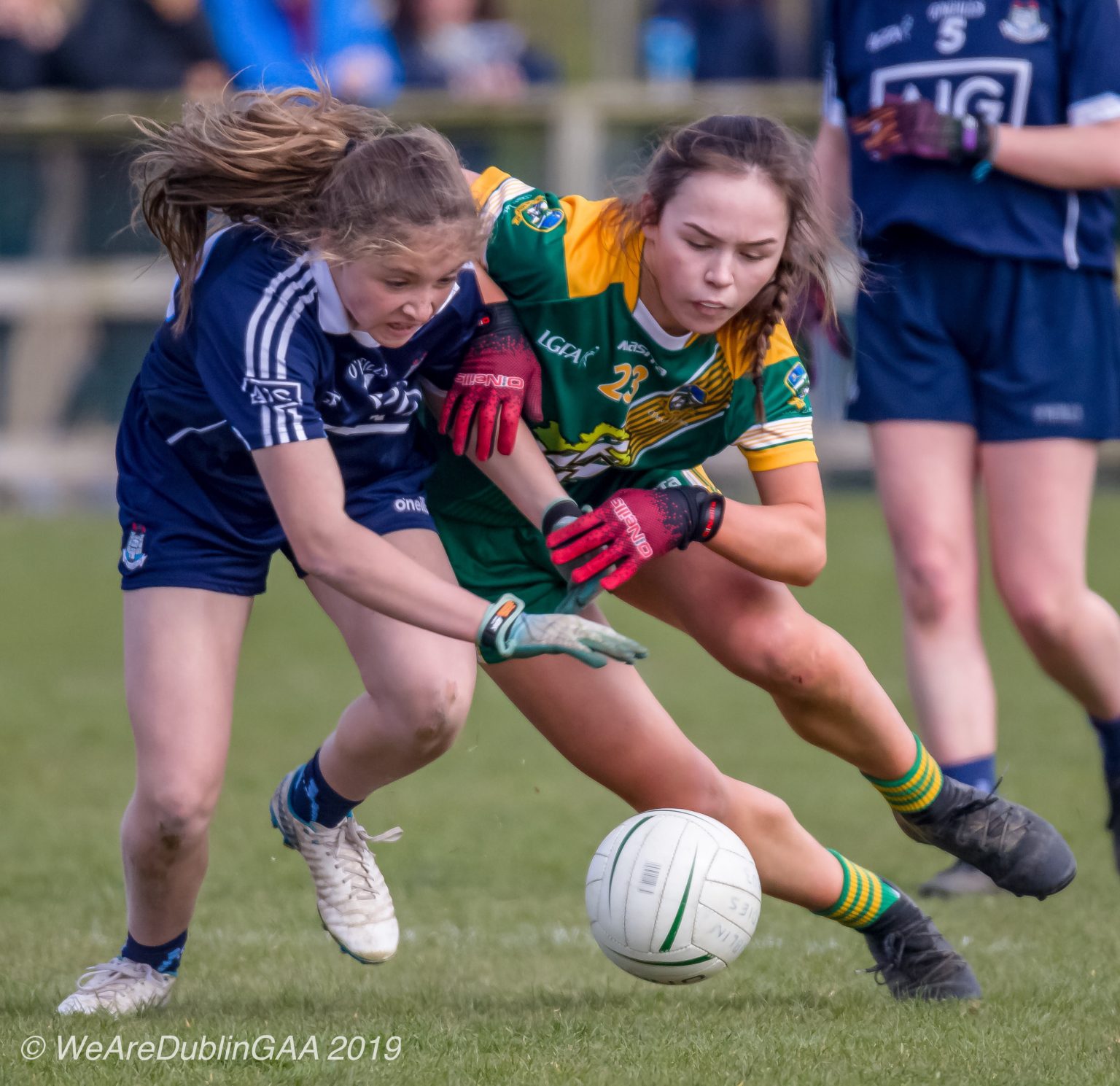 In fairness to Dublin they came out in the second half determined to try and get back into the game. A pointed free Leah Keogh opened the Sky Blues second half account.

But a quickfire 1-01 from Meath, the goal scored by Robyn O’Byrne and Amy O’Leary with the point to bring her total to 4-02 for the game pushed the Royal County further in front.

Dublin battled on and started to dominate possession, they created a couple of goal chances throughout the half but found Aoibheann Corcoran in the Meath goal in top form.

From the 40th minute to the final whistle Declan Darcy’s side scored 1-05 without reply.

Points from Emma Howe and Eimear Mangan from frees and one from Katie O’Sullivan from open play got the scoreboard ticking over.

With eight minutes left on the clock Dublin were awarded a penalty. Up stepped Katie O’Sullivan and her well struck shot, despite the best efforts of the Meath keeper ended up in the net.

Unfortunately Dublin couldn’t muster the goals they needed to reel Meath back in adding just two further points from Aisling O’Neill and a converted free from Eimear Mangan and Meath ran out deserving winners of this Leinster U16 encounter. 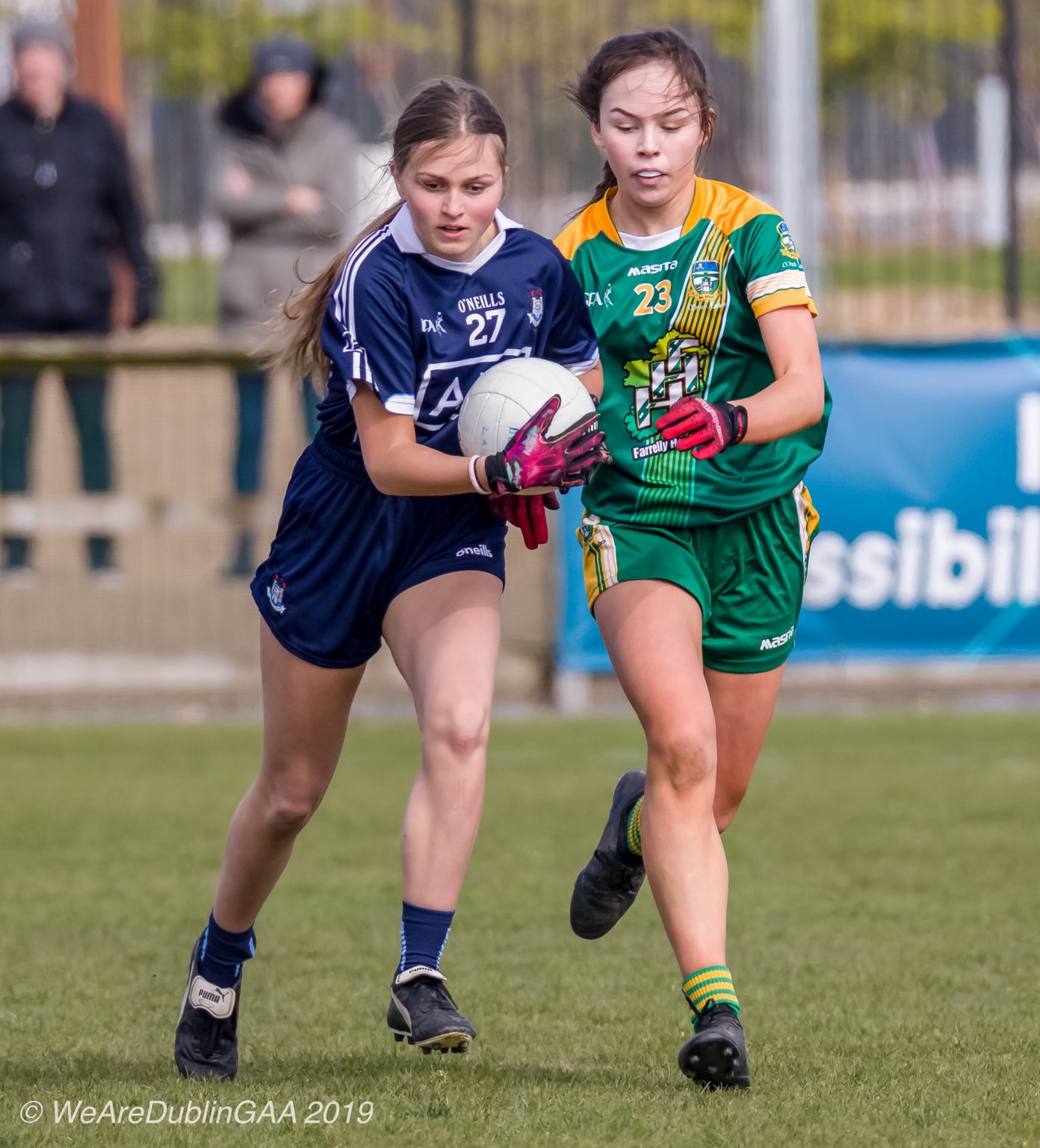