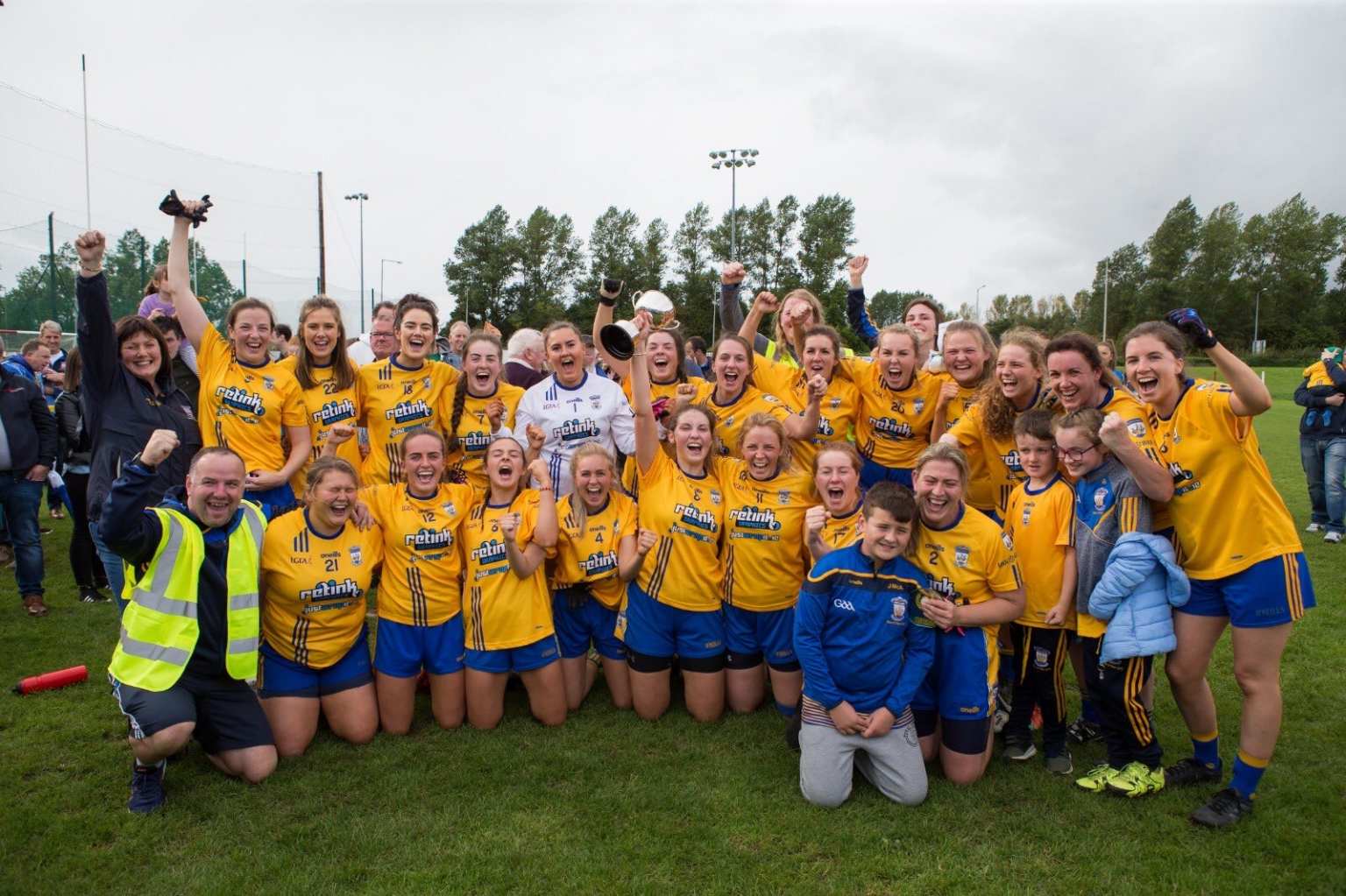 Man O’War recorded an historic triumph in the Dublin Junior ‘A’ Ladies Football Championship final at Lawless Park on Saturday.

Thanks in no small part to the scoring prowess of Lisa Prout and Megan McAuley – as well as the strong leadership of team captain Dearbhla Sheridan – they were crowned champions at this grade for the very first time.

Following a previous defeat to Croi Ro Naofa in the 2013 decider, this was a sweet victory for Man O’War.

Their opponents, O’Dwyers, matched them for large spells of the action but final-quarter contributions from Sheridan and Adrienne Moore ensured that they got over the line in a dramatic finale.

This was the second meeting between the two sides in this year’s competition, following their previous group stage clash on May 22.

While O’Dwyers emerged victorious on that occasion – 2-11 to 0-10 – both teams were already guaranteed a spot in the knockout phase.

As a consequence of their second-place finish, Man O’War found themselves up against Raheny at St Anne’s Park last Tuesday afternoon. This was a daunting encounter on paper, girls from Man O War prevailed on the slenderest of margins (0-15 to 1-11).

Later on the same day, O’Dwyers welcomed Templeogue Synge Street to Bremore Park on the opposite side of the draw. It proved to be another tight affair, with the Balbriggan hosts shading a gripping contest on a scoreline of 1-10 to 1-7.

Although O’Dwyers deployed skipper Erica Byrne as a sweeper inside their own defence, it was her opposite number – Man O’War inside forward McAuley – who broke the deadlock with an early point.

The lead was subsequently doubled courtesy of Prout’s 25-metre free, before O’Dwyers finally opened their account through full-forward Shauna O’Hara.

Buoyed by that recent win at the expense of Raheny, the Man O’War attack was high on confidence during the initial exchanges.

Capitalising on impressive build-up play by the aforementioned Moore, Laura Brown curled between the posts in clinical fashion.

They created a number of opportunities as the play progressed, but a series of wides consequently handed the initiative back to O’Dwyers.

Supplementing an earlier free for O’Hara, midfielder Aoife Curran found the target on 17 minutes to bring her side back on level terms. Prout’s close-range free got Man O’War back on track, until O’Dwyers responded with a devastating scoring blitz.

After her brace of frees edged the 2018 Junior ‘B’ winners into the ascendancy, O’Hara turned over the Man O’War defence inside their own ’45’. She quickly released the unmarked, Katie McCabe – who coolly slotted home into the bottom right-hand corner.

This appeared to give O’Dwyers the perfect platform with the interval fast approaching. Nevertheless, Man O’War dug deep in the closing moments of the opening period.

Prout plucked a cross-field delivery close to the end line and picked out McAuley for a smooth finish beyond the reach of opposing netminder Niamh Kirby. Prout then added her first point from play – ensuring the sides were tied at 1-5 apiece during the break.

The sin-binning of half-forward Sarah Doran left Man O’War hamstrung on the resumption. However, they more than held firm in her absence as Prout raised white flags either side of another O’Hara effort for O’Dwyers.

Before Doran re-entered the fray, Prout moved Man O’War a step closer to the top prize with her sixth point of the tie. There was plenty of time for O’Dwyers to regain control of the proceedings, though, and influential wing-back Amy Gibbons was on hand to kick a superb score in the 42nd-minute.

Man O’War continued to take the game to their north county rivals – who breathed a sigh of relief as the previously imperious Prout was twice off-target in quick succession.

Yet, they continued their relentless search for scores and Sheridan rounded off a fast-paced attack with an excellent point off her right foot.

Moore assumed free-taking duties from Prout for a tricky long-distance drive on 54 minutes. The industrious centre-forward brilliantly dissected the posts to give Man O’War a three-point cushion heading down the home stretch.

O’Dwyers persevered with their challenge, of course, and Byrne drove forward for a fine point. She also dragged a fierce strike agonisingly past the left-hand post in stoppage-time, as the pressure on the Man O’War rearguard intensified.

Their passionate supporters were on tenterhooks as O’Dwyers pursued a match-winning goal, but they came through a sticky spell to ultimately seal a magnificent success.