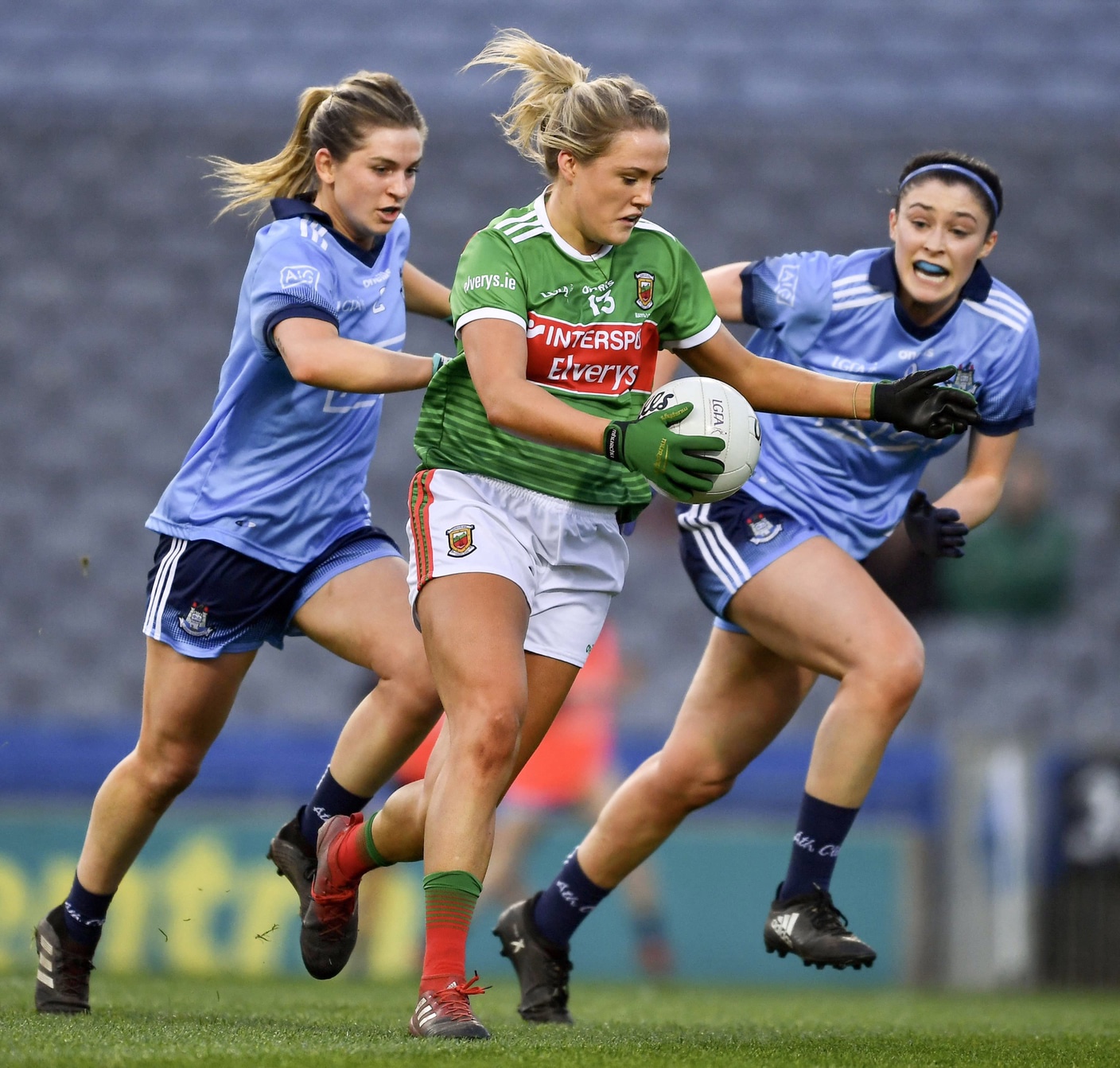 THE 2021 Lidl Ladies National Football League finalists will be revealed over the weekend – with semi-finals down for decision in all four Divisions.

On Saturday, the Division 1 and Division 2 last-four clashes are on the agenda, with attention switching to Divisions 3 and 4 on Sunday.

The clash between Division 1 holders Cork and Donegal is the live TV offering on Saturday (3pm – TG4), with the second semi-final between TG4 All-Ireland Senior Champions Dublin and Mayo (5.15pm) being streamed live from the LIT Gaelic Grounds https://bit.ly/3wgts90.

Kerry, Monaghan, Cavan and Meath are the counties aiming for a Division 2 Final place – and a crack at promotion to the top flight – while Tipperary and Westmeath will battle it out on Saturday for Division 1 survival.

Sligo, Kildare, Roscommon and Laois are vying for Division 3 Final places, with Leitrim, Limerick, Louth and Offaly chasing places in the Division 4 decider.

All other games – bar the Division 1 semi-finals – will be available to view, and free, at https://page.inplayer.com/lidlnfl/

The 2021 Lidl National League Division 1 and 2 Finals will be played at Croke Park on Saturday, June 26.

The Division 3 and 4 Finals are pencilled in for Sunday, June 27, with venues to be confirmed.

Donegal have contested just one top-flight Final previously – and that was back in 2017 when they lost out to Cork.

The Leesiders, meanwhile, have a rich pedigree in this competition, and they’re the current holders from 2019.

Since losing to Mayo in the 2004 Final, and taking that game into account, Cork have appeared in 14 Division 1 deciders in that time, a quite remarkable record.

They’ve lost just two of those Finals – to Monaghan in 2012 and Mayo in 2004 – which makes this run of consistency even more impressive.

But Donegal are a team in form and posting 4-21 against Galway last weekend was eye-catching.

Cork, for their part, had to work hard for a three-point victory against Waterford at Fraher Field, and they’re in for another battle here.

Dublin have won the Division 1 title once in their history – and that was against Mayo at Parnell Park in 2018.

The Sky Blues also ended a seven-year wait for the All-Ireland Senior title against the green and red in 2017 – so they have good recent memories against their Connacht opponents in big games.

Mayo’s Round 2 loss to Donegal left them sweating on a place in the NFL semi finals but a big win over Westmeath and Donegan’s win against Galway saw them through in second place.

Dublin, meanwhile, have shown some good form in the group stages, registering victories over Waterford, Cork and Tipperary.

This one is set up really nicely and Mayo have plenty of pace, power and experience in attack, with Fiona McHale named at centre forward, and flanked by the Kelly sisters, Grace and Niamh.

Dublin have in-form Hannah Tyrrell at corner forward in a lethal-looking inside line that also contains skipper Sinéad Aherne and Siobhan Killeen.

Kerry have been the form team in Division 2 – and three wins from three in the group stages has marked them out as big promotion contenders.

Louise Ní Mhuircheartaigh had 4-6 in the bag against Wexford in Killarney before she was withdraw in the second half – and this is a player bang in form.

But Monaghan will be no push-overs and the Farney County have recorded wins against Tyrone and 2020 All-Ireland Senior semi-finalists Armagh in the group stages.

In the all-Ulster group that also contained Armagh, Monaghan and Tyrone, it was Cavan who came out on top – and with a 100 per cent record.

That form marks them out as real promotion contenders and on Saturday, the Breffni girls pit their wits against neighbours Meath, the 2020 TG4 All-Ireland Intermediate Champions.

Meath were crowned Division 3 champions in 2019 and moving up to Division 1 this year would represent incredible progress for the Royal County.

With Stacey Grimes bagging 2-6 last weekend, Meath warmed up for a semi-final with a big win over Clare, who they’d also defeated in the 2020 All-Ireland semi-final.

After finishing bottom of their respective groups, it all boils down to this for Tipperary and Westmeath.

A relegation play-off will leave one team looking ahead to Division 1 football again in 2022, with the losers consigned to second-tier fare next year.

It’s a massive tie for both counties but Tipp will have to plan without injured skipper Aishling Moloney, who limped off against Dublin last weekend and is named among the replacements.

Westmeath lost out to Meath in the 2020 TG4 All-Ireland Intermediate decider – and they’ll be anxious to avoid another big-game defeat.

Sligo appear to be a much-improved outfit in 2021 and getting the better of Roscommon to top their group last weekend was a stand-out result.

Anthony Brennan has got the Sligo players very much in tune and they’ll start as favourites to see off Kildare and advance to the Final.

But the Lilywhites are a team not to be underestimated, with former Waterford ace Grainne Kenneally still going strong at midfield.

Laois are a team with potential but they’ll face a stiff test against Roscommon, the 2020 TG4 All-Ireland Intermediate semi-finalists.

Finishing second in their group has pitted Roscommon against Laois, who topped Division 1A ahead of Kildare.

Laois lost out to Wicklow in the group phase – but victories over Kildare and Longford were good enough for a semi-final slot.

Leitrim cruised into the semi-finals, registering big wins against Louth, Derry and Antrim in the group phase.

Their form would suggest that this is a team very much on the up – and a live contender for the Division 4 crown and promotion to Division 3.

In a three-team group, Limerick lost out to Offaly but victory over Carlow was good enough for second place and a semi-final appearance.

Louth finished as runners-up behind Leitrim in their group and now face an Offaly side high on confidence after they scored victories over Carlow and Limerick.

On paper, this should be a close encounter between two evenly-matched teams and Louth have Kate Flood as a key player at centre forward.

Offaly will look to the scoring prowess of Mairead Daly in attack, with Amy Gavin Mangan providing midfield energy.