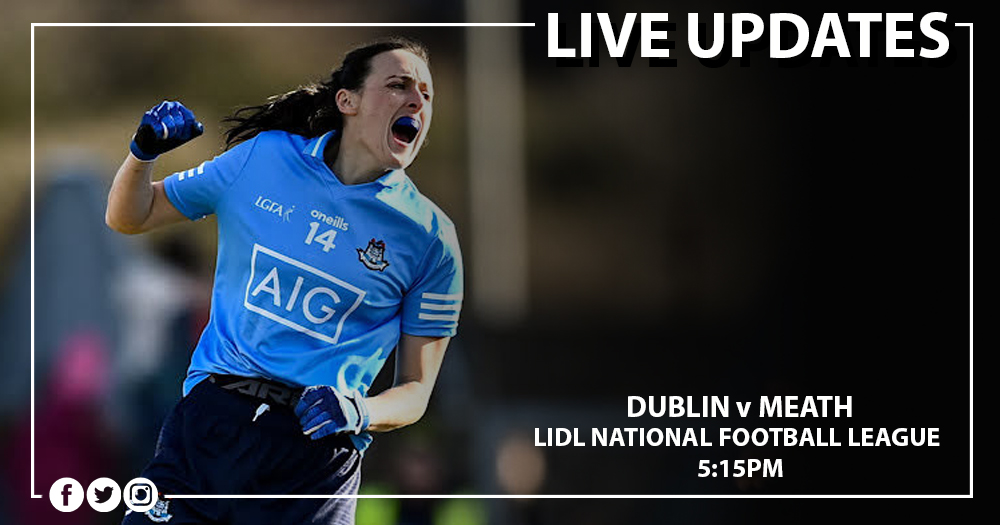 Another year, and another season to get our teeth into. And to get everything up and running we’ll take the trip to DCU in Glasnevin later today as Mick Bohan takes charge of the Dublin Senior Ladies Football panel for yet another league campaign.

A tasty enounter is on the cards as another chapter in a great rivalry will unfold with Dublin opening their account against neighbours Meath. Despite Meath being the reigning league and all Ireland champions, none of that will account for anything this evening. In the league fixture last year at Pairc Tailteann, Dublin shaded a narrow victory with Hannah Tyrell converting a late free for the victory.

The sides met twice in the provincial championship, sharing a victory each with Dublin running out eventual champions.

The TV cameras will be ever present this evening at DCU with the game being given the TG4 Live treatmentm but that won’t stop the faithful throng of supporters making the trip.

We’ll be live from DCU St. Clare’s later today. And we’ll keep you posted if you’re not traveling to the game. Our Twitter Feed will be filled with Live Updates from the throw in at 5:15pm. Just head to www.twitter.com/wearedub to follow the action. Not on Twitter? Don’t worry, you can follow the feed below this post.