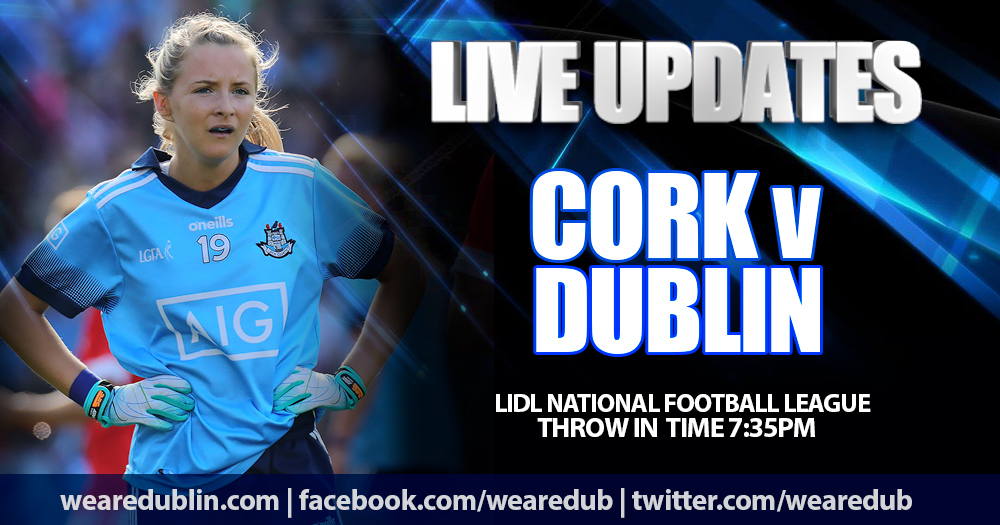 In terms of National League action in Ladies Football, it doesn’t get much bugger than a game between Dublin and Cork. In a storied rivalry there’s no such thing as run of the mill match up between these two sides. And in the grand settings of Pairc Ui Caoimh this evening, the scene is set.

The counties meet in a competitive fixture for the first time since the 2020 TG4 All-Ireland Senior Final at Croke Park, which Dublin won to land the four-in-a-row.

After last weekend’s impressive win over Waterford, Dublin manager Mick Bohan has made just one change to the team with Jennifer Dunne coming in for Sinead Aherne for tomorrow evenings game against Cork.

After her eye-catching display last week Hannah Tyrell who finished with a personal tally of 1-05 against Waterford is named on the half-forward line alongside Lucy Collins and veteran attacker Lyndsey Davey.

Dublin’s full forward line is brimming with pace and scoring power in the shape of Caoimhe O’Connor, Niamh Hetherton and Siobhan Killeen.

Olwen Carey who made a superb return to the Dublin team last week after a year away is again named on the Dublin half-back line and is flanked by Aoife Kane and Orlagh Nolan.

In the full-back line Martha Byrne is named at number 3. And the corner back positions are filled by Laura McGinley and Leah Caffrey.

Abby Shiels made her senior league debut against Waterford last weekend and her impressive display sees her hold onto the number one jersey for the trip to Páirc Uí Chaoimh.

This evening’s game is being played behind closed doors but you can watch the action live on TG4 and on the LIDL NFL Channel. We’ll be live from Pairc Ui Caoimh at 7:35pm following all the action, with score by score updates on www.twitter.com/wearedub. And you can find all the post match reports and analysis from the game right here and on www.facebook.com/wearedub.