8 Lidl Ladies NFL Semi Finals Down For Decision This Weekend 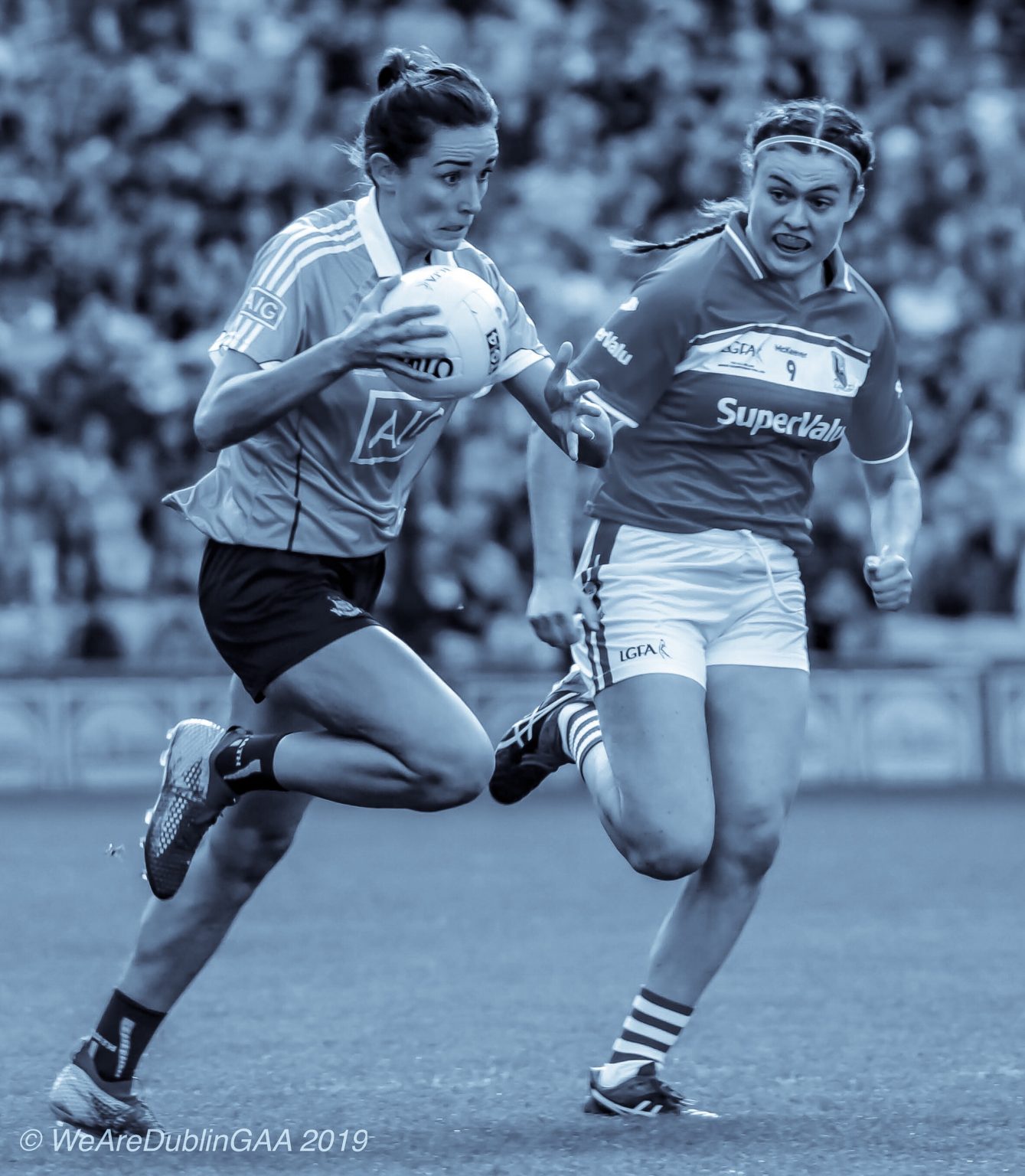 IT’S a massive weekend in the 2019 Lidl Ladies National Football League – with coveted final slots up for grabs.

Six of the eight semi-finals will be played on Saturday, including two double-headers at Coralstown/Kinnegad in county Westmeath, and Glennon Brothers Pearse Park in Longford.

The latter venue will host the Division 3 semi-final meeting of Sligo and Roscommon at 12.30pm, followed by the Division 1 semi-final involving Galway and Donegal (2.15pm).

Meanwhile, at Coralstown/Kinnegad, it’s Limerick against Fermanagh at 1pm in Division 4, followed by the Division 3 clash between Meath and Longford (2.45pm).

The other Division 4 semi-final, between Louth and Antrim, will be played at St Tiernach’s Park in Clones at 12.30pm, while the first Division 2 semi-final between Armagh and Kerry (2pm) is fixed for Geraldine Park in Athy, county Kildare.

On Sunday, the repeat meeting of the 2018 TG4 All-Ireland Senior semi-final sees Cork and Dublin face off at Nowlan Park in Kilkenny in Division 1 (2pm), for the right to play Donegal or Galway in the top-flight decider, while the second Division 2 finalist will be confirmed at St Rynagh’s in Banagher, Co. Offaly (1.30pm), when Cavan play Waterford.

The Ladies Gaelic Football Association will stream three of the eight semi-finals LIVE on their Facebook Page https://www.facebook.com/LadiesGaelicFootball/

The Glennon Brothers Pearse Park double-header will be available to viewers, as Roscommon play Sligo in Division 3 and Donegal face off against Galway for a Division 1 Final place, while Sunday’s other Division 1 semi-final between Cork and Dublin is also a live offering.

In 2018, the Shannonsiders fell to Louth but they would gain sweet revenge against the Wee County in September, when TG4 All-Ireland Junior Final glory was achieved at Croke Park.

Limerick’s opponents this time are Fermanagh and this has the makings of an incredibly tight game.

When the counties met in February, just two points separated the sides, with Limerick on the right side of the result.

Limerick will look to sharpshooter Rebecca Delee for attacking inspiration, while Fermanagh have Eimear Smyth capable of wreaking havoc up front.

Two evenly-matched sides could well serve up one of the games of the weekend.

The Royals steamed through the group stages, registering 18 points and losing just one game along the way.

They’ve already beaten Saturday’s semi-final opponents Longford this year, by four goals in a 5-12 to 1-12 win.

Longford showed fine grit and character to eke out a semi-final slot, finishing fourth in the standings following a dramatic final round of group fixtures.

The Midlanders are not to be underestimated and have players of genuine class in the likes of Mairead Reynolds and Michelle Farrell.

Roscommon and Sligo’s recent rivalry continues as they prepare to lock horns in the Division 3 semi-final.

There was nothing to separate them during the 2019 Lidl League campaign, with both counties finishing on 15 points, although Sligo did get the better of the Rossies when the counties met in the group stages.

This clash will be streamed LIVE on the LGFA’s Facebook Page and is an eagerly-anticipated Connacht derby: https://www.facebook.com/LadiesGaelicFootball/

Rebecca Finan is a player to watch in the Roscommon attack, while Sligo’s Emma Keavney can cause damage at the other end.

Galway were beaten semi-finalists against Dublin last year but it took a late, late Nicole Owens goal for Dublin to floor the Tribeswomen.

Dublin also beat Galway in the last four of the TG4 Senior Championship, with Donegal losing out to Cork on the other side of the draw.

One of these counties will make a national decider this time, however, as Galway aim to make a first League final since losing to Cork in 2015.

A Donegal victory would seem them through to a first top-flight decider in two years, when they came up just short against Cork.

Galway and Donegal met in Round 7 of the League, with Galway coming out on top, but this one could be closer.

Donegal started the campaign like a steam-train but have tailed off since, with boss Maxi Curran hoping for a return to form.

Galway finished on top of the Division 1 standings with 18 points but they did lose out to champions Dublin along the way.

Galway are unchanged from their last outing against Donegal, while Curran has brought Aislin Nee in between the sticks ahead of Aoife McColgan.

This game will be streamed LIVE on the LGFA Facebook Page: https://www.facebook.com/LadiesGaelicFootball/

The Wee County lost out to Wicklow in the Lidl Division 4 Final, before finishing as runners-up to Limerick in the TG4 All-Ireland Junior Championship.

But Louth’s response in 2019 has been impressive and they finished with 18/21 points in the group stages of the Division 4 campaign.

Along the way, Louth claimed a 4-11 to 2-3 victory over Saturday’s semi-final opponents Antrim, and the Saffrons, who finished in fourth place in the standings, know that they have it all to do.

Louth have scoring power all over the field but Antrim can be dangerous, with Mairead Cooper a focal point in the full-forward line.

This should be a cracking game in Athy on Saturday, with throw-in time moved from 1.30pm to 2pm.

Armagh romped into the semi-finals by winning six of their seven group games but their one defeat along the way was at the hands of Kerry, which will give the Kingdom cause for optimism.

Kerry’s form was patchy along the way and they needed more scores over the bar in their draw against Clare to ensure progress in fourth place, with both sides locked together on 11 points.

Kerry lost out to Cavan at Fitzgerald Stadium last time out and will need a big improvement to compete with Armagh.

But the Orchard County are without leading attacker Aimee Mackin, who is on a trip abroad with her club Shane O’Neills.

There is a boost, however, as former All Star Caroline O’Hanlon is expected to play, despite the fact that she’s on netball duty with Manchester Thunder on Sunday.

All eyes will be on Nowlan Park on Sunday when Cork and Dublin go head-to-head for a place in the 2019 Lidl National League Division 1 Final.

Dublin’s starting line-up appears to be a statement of intent, with 13 starting survivors from the 2018 TG4 All-Ireland Senior Final meeting between the counties.

Cork, in contrast, line out with seven but manager Ephie Fitzgerald could make some late alterations.

If he doesn’t, Cork have firepower to come off the bench in the form of captain Doireann O’Sullivan and Eimear Scally, while Saoirse Noonan is also listed among the subs after recovering from a serious knee injury.

These sides may well meet again in the white heat of championship but, for now, they’ll be anxious to lay down a marker.

Dublin are League champions while Cork, who lost to Mayo in the 2018 semi-final, will hope for a first final appearance since winning five-in-a-row two years ago.

This has the makings of a high-quality game of football and it has been rightly afforded the Facebook LIVE treatment https://www.facebook.com/LadiesGaelicFootball/

Cork did strike a psychological blow in the final round of group fixtures when the counties met but this is knock-out football now and the stakes are much higher.

3-7 for the Déise saw them run out single-point winners against Cavan, who registered 0-15 in Round 4.

But Cavan won the 2018 Division 2 semi-final clash between the counties and they have Aishling Sheridan in blistering form.

She scored a hat-trick of goals against Kerry in a hugely-impressive victory at Fitzgerald Stadium last time out, while Aisling Maguire’s recent return to the squad is another fillip for boss James Daly.

Four wins from seven games saw Waterford through to the semi-finals and on their day, the Munster senior outfit are a formidable force.

Maria Delahunty is an exceptional kicker of placed balls, Michelle Ryan brings a wealth of experience at centre forward, while Aileen Wall possesses blistering pace in the inside line.