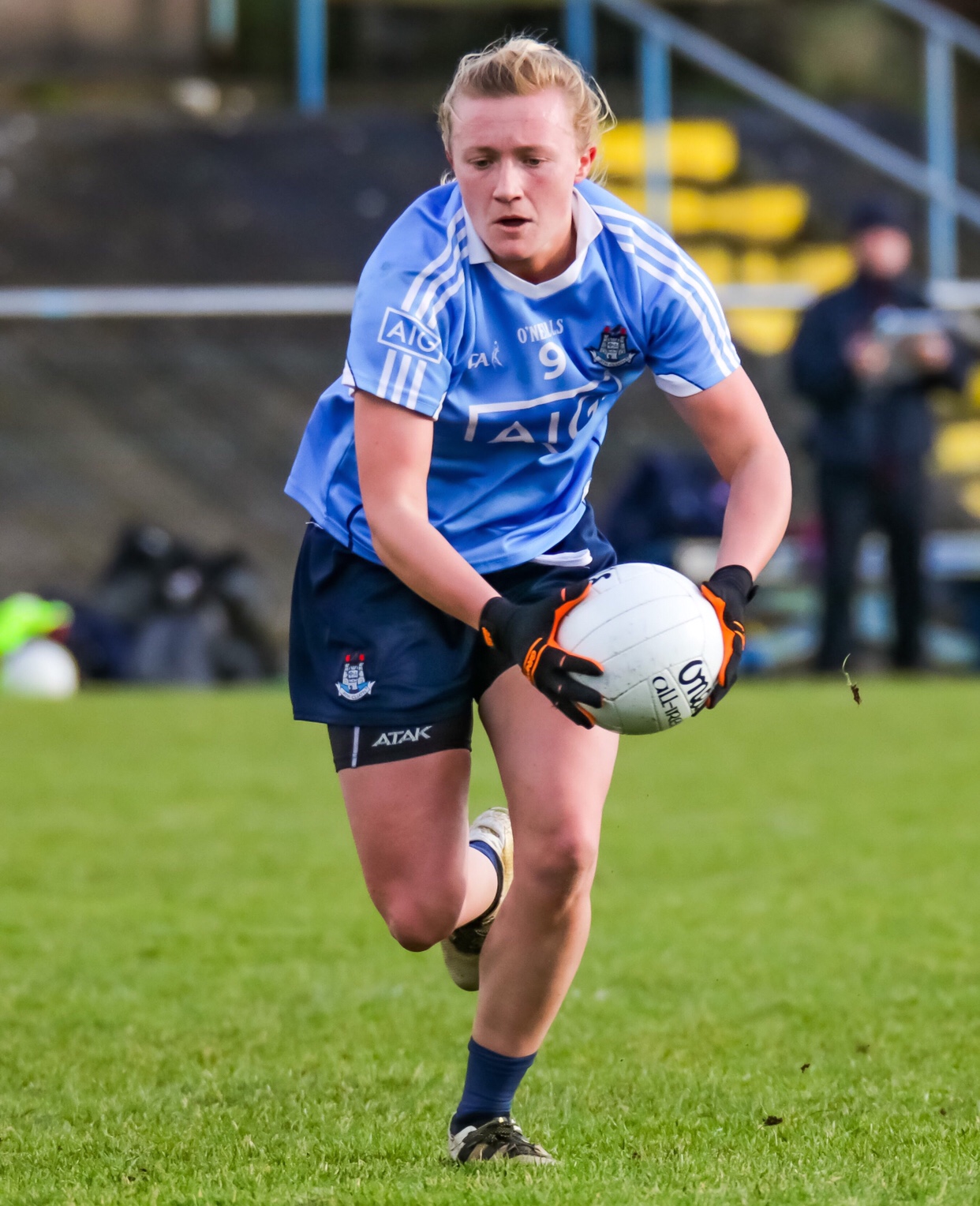 WITH the TG4 Ladies Football All Stars home safe and sound following a memorable trip to Bangkok, it’s back to reality with a bang for many of them as Divisions 1 and 2 of the Lidl Leagues resume over the weekend.

There are 15 games pencilled in across the four divisions, as the races for promotion and the battles to avoid relegation intensify.

In the top flight, defeat for relegation-threatened Westmeath away to Monaghan would leave the Lake County with a huge task on their hands to avoid the drop back to Division 2.

At the top end of the table, it’s also a pivotal weekend as the leading sides jostle for top-four slots.

Tipperary have the chance to make it five wins out of five in Division 2 when they host Sligo while Wexford and Wicklow will hope to preserve their 100 per cent records in the third and fourth tiers respectively.

Tyrone have a battle on their hands to make the top four and they’ll look for maximum points against Clare.

The Banner still harbour slim hopes of making the semi-finals but a defeat on the long trip to Clanabogan Park would effectively knock them out of the race.

The need for points is great for both sides and Tyrone will hope that home advantage will swing this one in their direction.

Carlow currently sit outside the top four slots by three points but this clash with Kilkenny presents them with a chance to make up some ground.

The Cats have been game in each of their fixtures but they’ve suffered some heavy defeats along the way, and are currently rock-bottom of the divisional standings.

Carlow could do with winning, and winning well, to keep alive their semi-final hopes.

Dublin will look to preserve their 100 per cent record in Division 1 when they welcome Galway to Abbotstown.

The Sky Blues have never won a top-flight League title but look determined to put an end to that statistic.

Galway, for their part, have enjoyed a solid start to their campaign and manager Stephen Glennon looks to be moulding a formidable outfit.

We may not see the best of Galway until later in the season but this trip to the capital will provide a true gauge of the Tribeswomen’s recent progress and current strength.

A pivotal game in the battle to avoid the drop. Westmeath have found the going tough in the top flight since gaining promotion last year.

The Lake County have lost all four of their games and are three points adrift of Kerry and Monaghan, and with an inferior scoring difference.

To have any hope of avoiding a swift return to the second tier, Westmeath need to beat Monaghan in Clones on Sunday.

A round 3 victory over Kerry is Monaghan’s sole victory of their campaign to date, but they’ll be favourites to pull clear of the drop zone in their latest outing.

A keen recent rivalry is renewed as Cork welcome Mayo to Mallow. The sides met most recently in last year’s TG4 All-Ireland senior semi-final, when Mayo claimed the spoils.

Two years ago, they were also in opposition when the Rebelettes won a tense Lidl NFL Division 1 decider at Parnell Park by three points.

Champions Cork are second in the current Division 1 standings, three points behind pace-setters Dublin and three clear of Sunday’s visitors.

Mayo currently sit a point outside the top four slots but a victory here could have them back on track for a semi-final place and the Westerners won on their visit to Mallow in 2016.

Two wins, one draw and one defeat is a pretty acceptable return for Donegal boss Maxi Curran from his first four competitive games at the helm.

Last year’s runners-up Donegal are on course for a place in the Division 1 semi-finals and they’ll fancy their chances on home soil against struggling Kerry.

Yvonne Bonner is in red-hot scoring form and her attacking sidekick Geraldine McLaughlin is now back in harness.

Kerry, meanwhile, could do with another victory to ease their lingering relegation fears. The Kingdom did score a notable early season victory over Mayo but have been left empty-handed from their other three fixtures to date.

For Donegal, this is the chance to star on an historic double-bill alongside their male counterparts, who will take on Mayo.

Tipperary have been a revelation this season, adapting to life in Division 2 with ease following last year’s promotion.

With the county’s men’s team also going great guns, the prospect of the Tipp Ladies and their male counterparts both playing Division 1 football in 2019 remains a real possibility.

Tipp could mathematically seal their place in the semi-finals with a home victory against Sligo, who are yet to register a point in Division 3 this season.

At the time of writing, this clash is a meeting between second and fourth in Division 2.

Waterford are hot on Tipperary’s heels, with three victories from four outings, while Cavan have been motoring nicely themselves, losing just once so far this season.

Waterford know they have yet to play Tipperary, and that game between the Munster rivals could yet decide who finishes on top of the second tier.

In the meantime, the Déise will have to work hard on home soil if they’re to collect maximum points against an efficient Cavan outfit.

Since losing at home against Tipperary on the opening day, Armagh have really found their feet and are building up a real head of steam.

They drew with Cavan in round 2 but have racked up a combined 13-34 in the victories over Sligo and Tyrone.

Aimee Mackin’s fresh from starring in Ulster University Jordanstown’s march to GFP Lynch Cup glory and the current TG4 All Star is one of the outstanding forwards in the country.

This could be another difficult afternoon for Laois, who are second from bottom of the table.

Following Leitrim’s concession to Roscommon, there’s a fascinating state of play at the top of Division 3.

Four teams – Meath, Roscommon, Wexford and Down – are currently locked together on 12 points, with Meath leading the pack on scoring difference.

Down have lost just once all season but victory for visiting Kildare would propel the Lilywhites into the top four.

Longford were promoted from Division 4 last year but have found the step-up in class tough to cope with.

The Midlanders are pointless after five games but they’ll hope to rectify that when Offaly visit Keenagh on Sunday.

Offaly still harbour faint hopes of finishing in the top four but they’ll need to win their final three group games to stand any chance.

With three games remaining, Wexford remain the only team in Division 3 to boast a 100 per cent record.

They’ll look to keep that intact at home to Meath but the free-scoring Royals will provide stern opposition.

Meath have lost just one of their five games to date and are sitting pretty at the head of affairs – boasting a +97 scoring difference. This could be one of the ties of the weekend.

With six points from a possible 12, Antrim have been solid in Division 4 but currently find themselves outside the semi-final placings.

In fifth place, they’re a point behind Limerick but with a game in hand on the Shannonsiders.

Louth lead the way on scoring difference from Wicklow – and they’ll feel confident of making it four wins from five here.

Derry have yet to get off the mark in Division 4 this term and they face a long trip south in the hunt for points.

It’s been an up and down campaign for Limerick, who’ve won two, lost two and drawn one, but they’re still very much in the shake-up for a top-four finish.

Victory here would come as a massive fillip while Derry appear to be playing for nothing more than League pride at this point.

Wicklow are nursing a 100 per cent record in Division 4 and the Garden County, under the astute guidance of February’s Lidl/Irish Daily Star Manager of the Month Mick O’Rourke, are well on course for a semi-final spot.

Wicklow were beaten Division 4 finalists last term and but their unbeaten start in 2018 will come under threat from Fermanagh.

Since losing to Antrim in round 1, the Ernesiders have racked up successive victories against Derry, Louth and Carlow to propel themselves into promotion contention.