Lidl Ireland gives every Ladies Gaelic Football Club across the Country the opportunity to raise up to €20,000 through new fundraising initiative through it’s Lidl Plus app 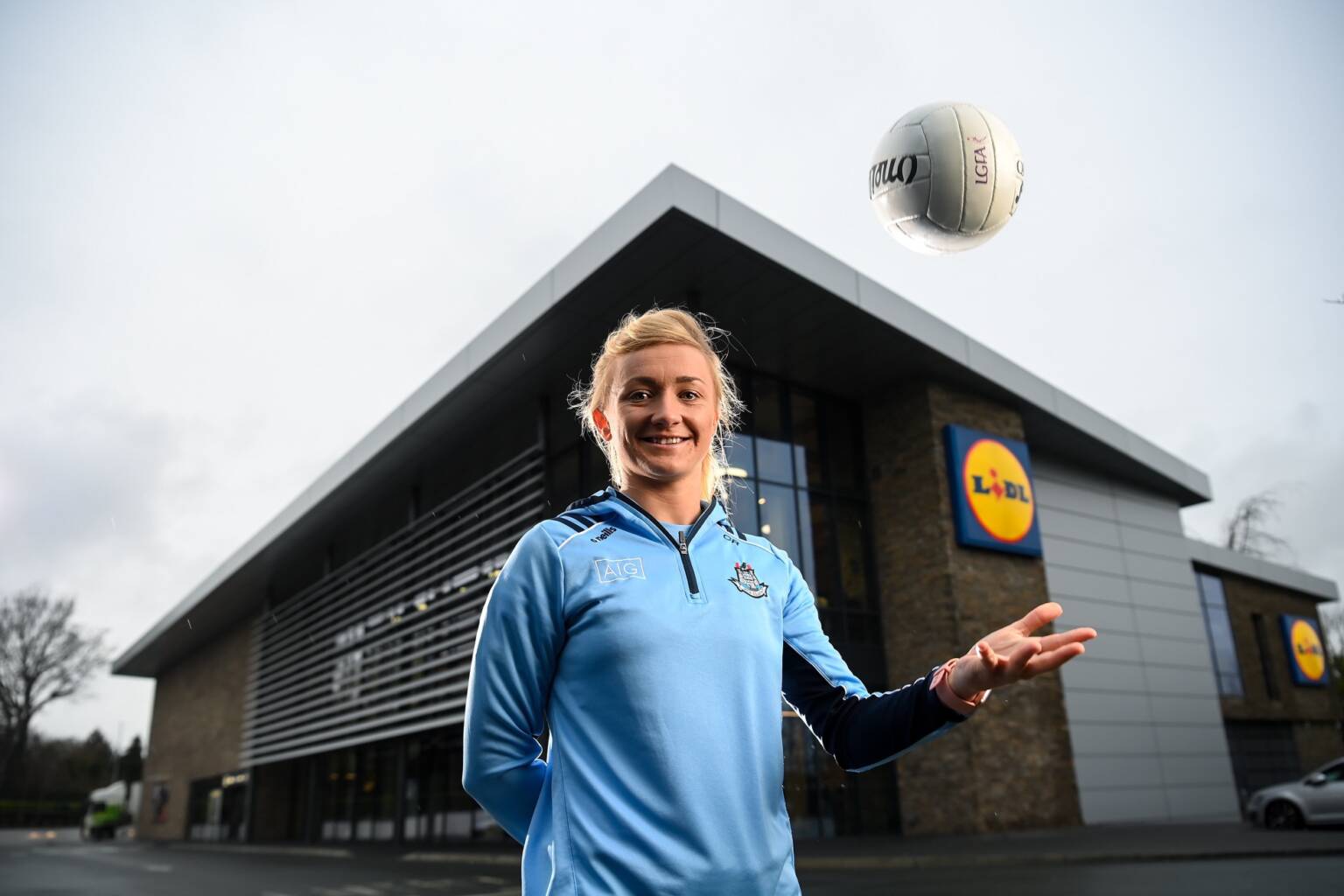 Following the successful launch of its brand new campaign with the Ladies Gaelic Football Association (LGFA) this week, Lidl Ireland has announced a new fundraising initiative through its rewards app, Lidl Plus, to level the playing field for ladies Gaelic football players across the country.

From Monday 15th February, Lidl is calling on customers to register for its Lidl Plus app, and sign up to the retailer’s fundraising initiative to raise much needed funds for their local club.

The retailer will award the maximum amount of €20,000 to the top performing clubs in each of the four provinces.

Each time Lidl Plus registered users spend over €30 in store and scan their app at the till between Monday 15th February and Sunday 11th April, they will receive a stamp on their digital stamp card.

Multiple stamps can be earned in each shop if a multiple of €30 is spent and once six stamps have been collected, users can submit their completed stamp card via the app and their stamps are then added to their chosen club’s total.

Each club that achieves a minimum of 50 completed digital stamp cards is guaranteed a reward, starting from a set of Lidl sponsored jerseys up to €5,000 in cash funding for clubs that collect 500 or more completed stamp cards.

Since 2016, Lidl has invested more than €4 million into the partnership with the LGFA and during this time, ladies football players across the country have noticed significant changes in how the game is perceived thanks to the support of the retailer.

According to research carried out on behalf of Lidl Ireland in 20201, 85% of LGFA female members recognise the uplift in support over the last four years, specifically in the media and among the general public.

The research also found that 51% of females claim that they are currently participating in sport, an increase from 2017.

However, 31% of girls who used to participate in sports stated they stopped playing in primary school with over a third claiming their for this was because their friends were not playing.

“We’re delighted that our partnership with the Ladies Gaelic Football Association has seen such positive results for players at all levels right across the country and as a company we’re extremely proud to continue to be the biggest supporter of women’s sport in Ireland.

“However, we still have some way to go in terms of levelling the playing field and we’re confident that our latest campaign will contribute significantly towards that.

“For us, it’s vital that our support for ladies Gaelic football isn’t just at inter-county level but begins at grassroots meaning we are helping to encourage young girls to get involved in sport from a very early age.

“Our hope is that by offering our Lidl Plus app as a means to help the LGFA raise support, awareness and funds, ladies Gaelic football clubs across the country will have the ability to gain access to more resources.”

Commenting on the impact of the partnership with Lidl, Carla Rowe, All-Ireland Winner and Dublin LGFA Player said:

“Since Lidl’s partnership with the LGFA began, we’ve seen a fantastic upsurge in terms of awareness and support for ladies football.

“This has been reflected in attendance at games and overall support from the public. I see it every day when I meet people and talk to young school kids, boys and girls.

“There is an increased appreciation of the effort required to compete at a high level in our sport. There is no doubt in my mind that Lidl’s contribution to this has been immense.

“This latest initiative by Lidl is a great opportunity for our clubs across the country to raise some much needed funds to help build on the progress we’ve made and to continue to encourage participation and growth in the sport”.

• The Level the Playing Field Research Report was carried out by Empathy Research on behalf of Lidl Ireland in 2020 with a view of gaining a greater understanding of the nation’s views in regard to Ladies Gaelic Football by surveying both the public and LGFA players. Both studies focused on identifying where improvements in support have taken place within Ladies Gaelic Football and sought to identify where inequalities between ladies and men’s football may still exist.
• As Lidl Plus is not currently available in Northern Ireland, Lidl is instead giving clubs in Northern Ireland the chance to earn a new set of club jerseys by logging their receipt codes on the Lidl Northern Ireland website https://www.lidl-ni.co.uk/

There is a set of new jerseys available for each club that submits 300 or more receipt codes for over £25. Receipts must be from within the qualifying period of Monday 15thFebruary -Sunday 11th April. A 10-digit receipt code must be submitted to a link which will be communicated next Monday, February 15, along with full details.