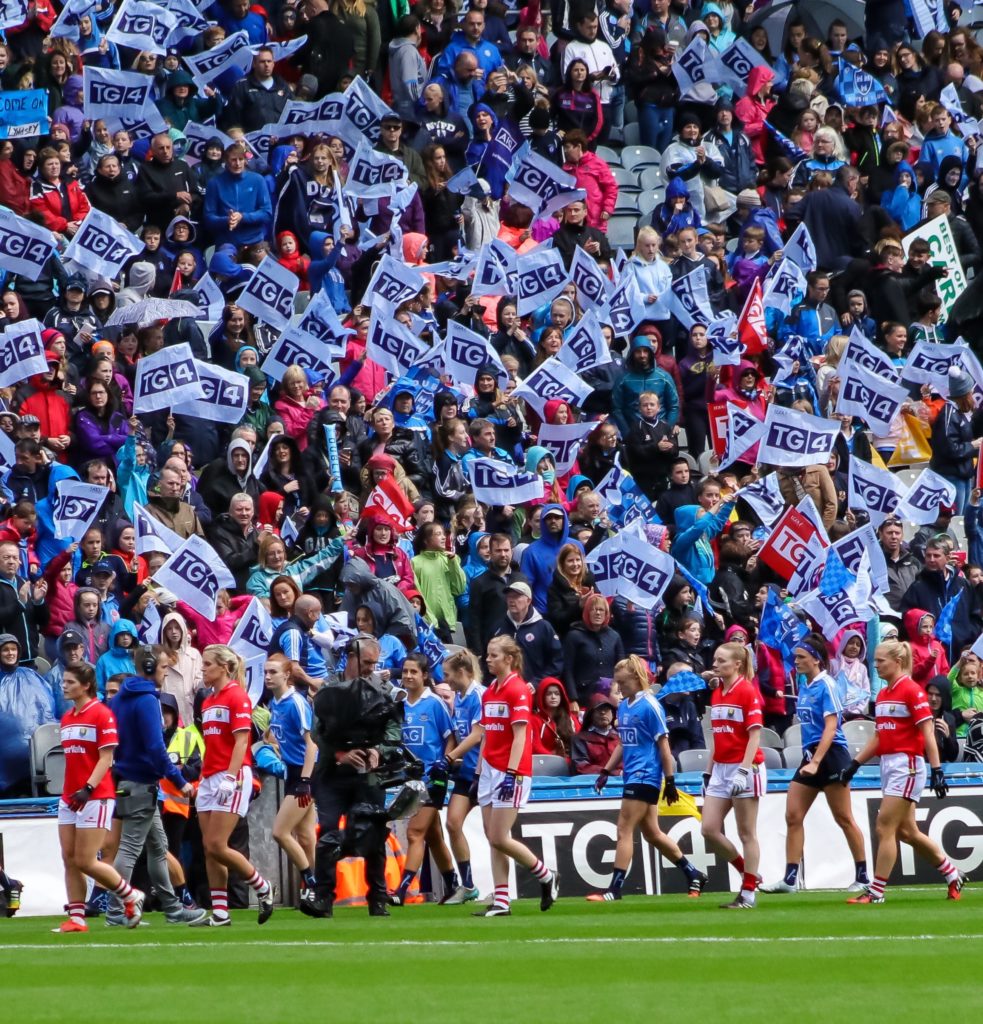 The Ladies Gaelic Football Association Congress took place last weekend in Donegal. One of the main rule changes was to approve the use of video evidence in an effort to avoid a repeat of the controversy that surrounded last years Senior All Ireland Final.

Dublin’s Carla Rowe scored a perfectly legitimate point in last year’s final against Cork which was clearly inside the posts but wrongly waved wide by the umpires.

The poor officiating decision was brought into more focus at the final whistle with Dublin losing by solidarity point.

Whether or not the result would have been any different if the right decision had been made by the umpires is hypothetical, but it should never have happened in the first place.

Particularly as the Hawkeye score detection technology used by both men’s codes and Camogie was available, but was not availed of by the LGFA for any of the three finals on the day.

Because there was no specific Hawkeye motion on the official Clár at the LGFA Congress it’s unlikely to be used this season either.

It’s still unclear how video evidence will be used, but it will only be used for scoring purposes and not for any other controversial incidents in a game. It will cover all televised grades and most championship matches.

Rule 518 of the official LGFA guide has now been amended to ensure that “the referee shall be assisted in determining scores by any scoring device as approved by Central Council.”

It is thought that an independent observer probably from the TG4 production team who are the main broadcaster of Ladies Football, will signal to the referee that there is a problem with a score, i.e if a score has been wrongly waved wide or the other way round a wide has been wrongly indicated as a point.

Basically the observer will be in the form of TMO, which is used in a number of other sports, for example Rugby, where it is used to decide a couple of different aspects of the game.

In Ladies Football it will only be used for determining scores, but judging the flight of a ball in air and close to the posts can prove to be problematic and there is plenty of examples where video evidence when used in sports can be inconclusive, particularly when it comes to scores.

That throws up a multitude of questions, what expertise will the TMO from the TV Production team have in terms of the game, will every angle be covered by cameras, how long will a review take, what happens when replays prove to be inconclusive.

The use of a TMO came in for huge criticism in Rugby after some controversial decisions arising from its use, with some even calling it a shambles, that eventually led to International Rugby Board introducing Hawkeye technology for the 2015 World Cup.

So with major concerns already expressed in other sports over the reliability of video evidence, the human error factor and other possible problems with the technology, why did the LGFA decide to go down this route.

If it came down to picking the cheapest option to save a few Euro, that’s a big gamble to take as there is the real possibility for more contentious decisions.

And if the LGFA thought the fallout and bad PR from last years All Ireland Final fiasco was bad, it will be nothing compared to what will come if another major bad call is made with the use of a Television Match Official.

And More so because of their continued refusal to use the already in place Hawkeye technology that would avoid such a scenario.

Association Officials have stated they are confident that the new amendment and use of a TMO will suffice, they better hope those words and their decision don’t come back to haunt them.