The scene is set for the 2018 Gourmet Food Parlour O’Connor Cup weekend, which will be hosted by IT Blanchardstown and the GAA Centre of Excellence in Abbotstown.

This year marks the 31st anniversary of the Higher Education Committee third-level championships and all six competition finals will take place over the course of three days – beginning on Friday, March 9, and culminating with the GFP O’Connor Cup final on Sunday, March 11.

The Ladies Gaelic Football Association is pleased to confirm that the prestigious GFP O’Connor Cup decider will be broadcast LIVE on the Sport TG4 YouTube channel on Sunday afternoon (4pm throw-in).

You can watch the game by accessing the following link: https://www.youtube.com/watch?v=xkyZ2b2YMJE

There are two big games down for decision on Friday evening, with IT Blanchardstown hosting the GFP Donaghy Cup final between the Royal College of Surgeons in Ireland (RCSI) and Dublin City University (6) at 5pm.

That’s followed by the GFP O’Connor Shield decider between Queens University, Belfast, and NUI Galway at 7pm, a tie that will be played on the Abbotstown 3G pitch.

On Saturday, attention turns to the GFP O’Connor Cup semi-finals, as IT Blanchardstown hosts the meeting of Dublin City University, the reigning League champions, and UCD at 1pm, followed by the clash between University of Limerick, the O’Connor Cup holders, and UCC at 3pm. 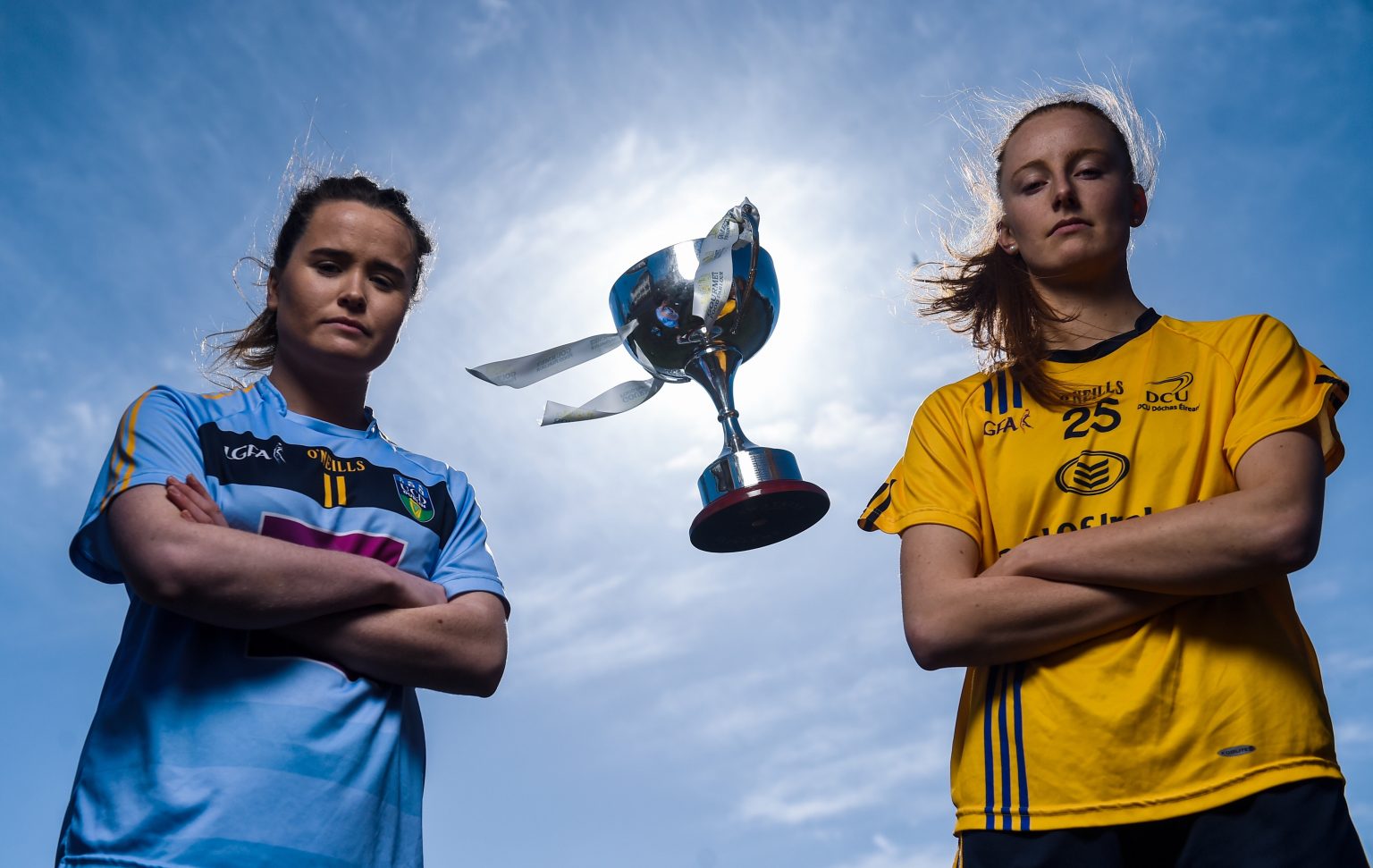 The UL-UCC clash is a repeat of last year’s final, which was won by UL at Elvery’s MacHale Park.

The GFP Lynch and Moynihan Cup finals are also down for decision on Saturday.

On Sunday, there’s a triple-header pencilled in for Abbotstown, beginning with the GFP Lagan Cup final between UU (Coleraine) and Athlone IT at 12pm.

The second game on the agenda is the GFP Giles Cup final at 2pm and that’s followed by the weekend showpiece at 4pm, when the GFP O’Connor Cup champions will be crowned.

UL will hope to retain their title but they have a tough semi-final to negotiate against a UCC side managed by Tipperary supremo Shane Ronayne.

On the other side of the draw, the ‘Dublin derby’ pits a fancied DCU outfit against UCD.

The semi-finals have thrown up the prospect of sisters meeting on Sunday for the ultimate prize.

The Galway twins, Nicola and Louise, are in action for UCD and UL respectively, while the Mayo siblings, Grace and Niamh, will line out for UL and DCU respectively over the weekend.

In 2016, Nicola and Louise Ward were in opposition when UCD were crowned GFP O’Connor champions for the first time in ten years. Nicola was UCD’s goalscorer on the day as UL were denied a third successive title. 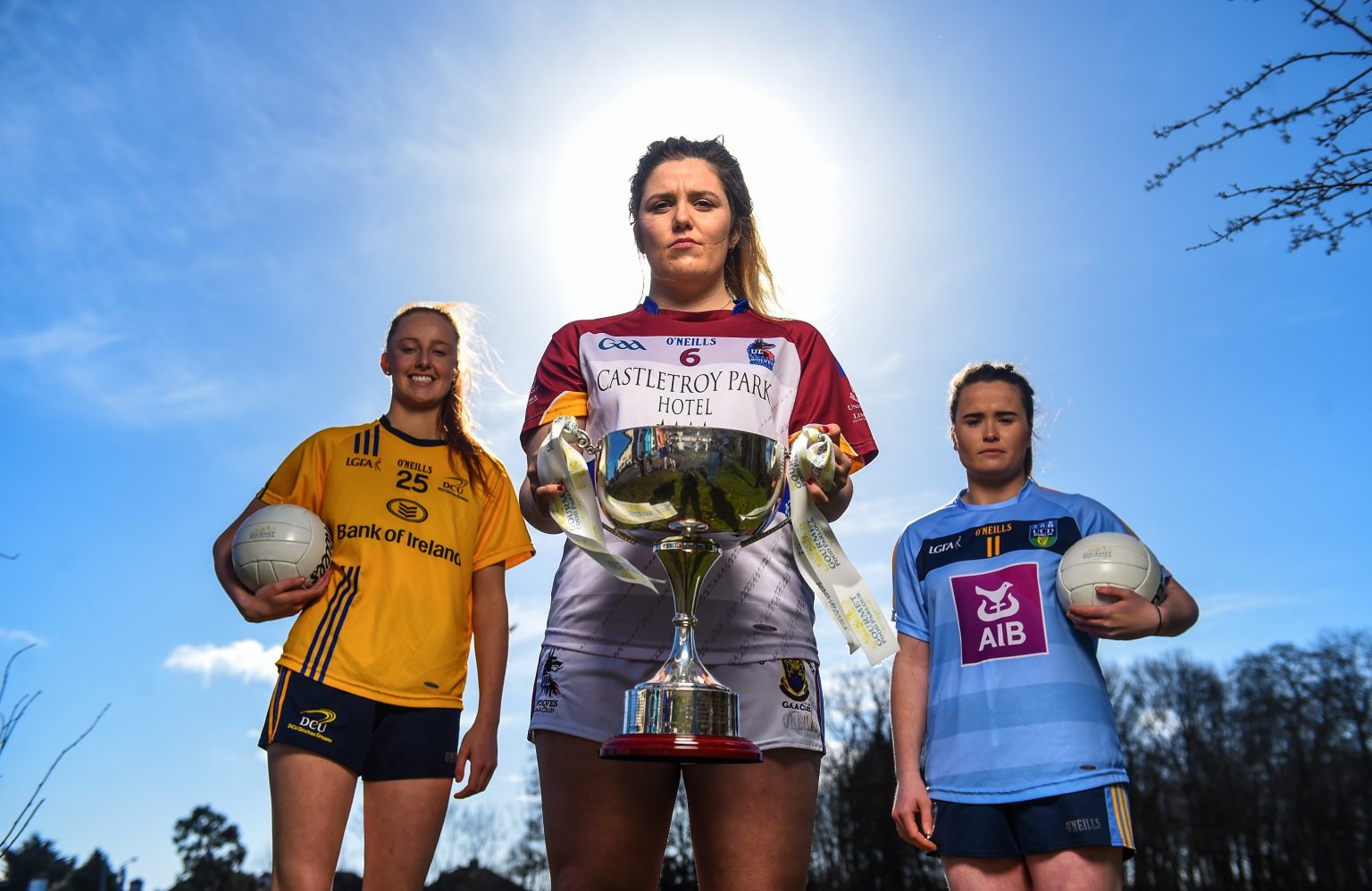