Tracey And Roisin Leonard Recorded A Combined Tally Of 3-03 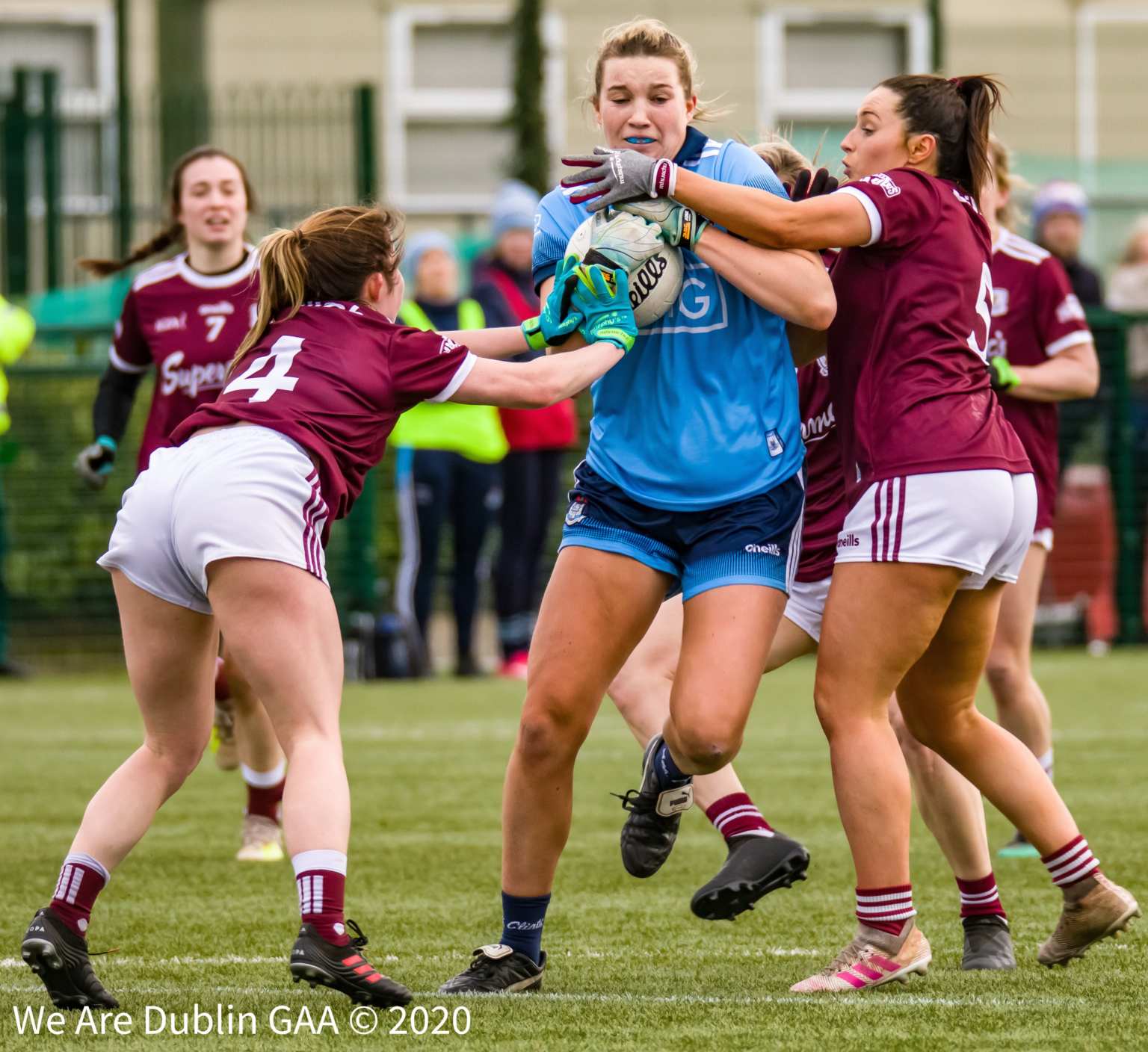 Galway boosted their Lidl National Football League Division 1 prospects with a convincing win against Dublin at the DCU Sportsgrounds.

With the Leonard cousins – Roisin and Tracey – recording a combined tally of 3-3, Tim Rabbitt’s charges were worthy victors in this round four clash.

Carla Rowe once again led the way for Dublin with a 1-4 tally as Mick Bohan’s side succumbed to a second defeat on the bounce.

This game was a repeat of last year’s TG4 All-Ireland Senior decider when Dublin secured their third national title in succession courtesy of a 2-3 to 0-4 victory.

Despite suffering this early set-back, the hosts responded immediately with a three-pointer of their own from the impressive Siobhan Woods.

The Tribeswomen continued to pose a threat in attack, however, and bagged their second goal of the contest on the first-quarter mark.

The industrious Davoren released Tracey Leonard in space and the Corofin ace angled a low shot beyond the reach of Dublin goalkeeper Ciara Trant.

The 2019 All-Star has started the season in spectacular style and subsequently added a point to stretch the visitors further in front.

While another Rowe effort offered the Metropolitans some respite, Roisin Leonard matched her relative’s opening haul of 1-1 by firing into the bottom left-hand corner in the 23rd minute.

This provided Galway with a convincing 3-2 to 1-2 interval cushion, which was extended on the resumption thanks to Andrea Trill’s quickfire two-point salvo.

And they effectively placed the outcome beyond doubt when Roisin Leonard fired home at the tightest of angles for her second goal on 41 minutes.

A free from Tracy Leonard bolstered her side’s stranglehold on the proceedings, before Rowe fired back with a much-needed point for Dublin at the opposite end.

Dunne also cancelled out Trill’s third score for Galway in advance of a strong finish from the 2018 league champions.

After converting her fourth free of the day, Rowe coolly slotted a 59th minute penalty past Dearbhla Gower.

Jennifer Dunne also flicked over a late point, but Galway had already done enough to secure a third successive triumph by that stage.