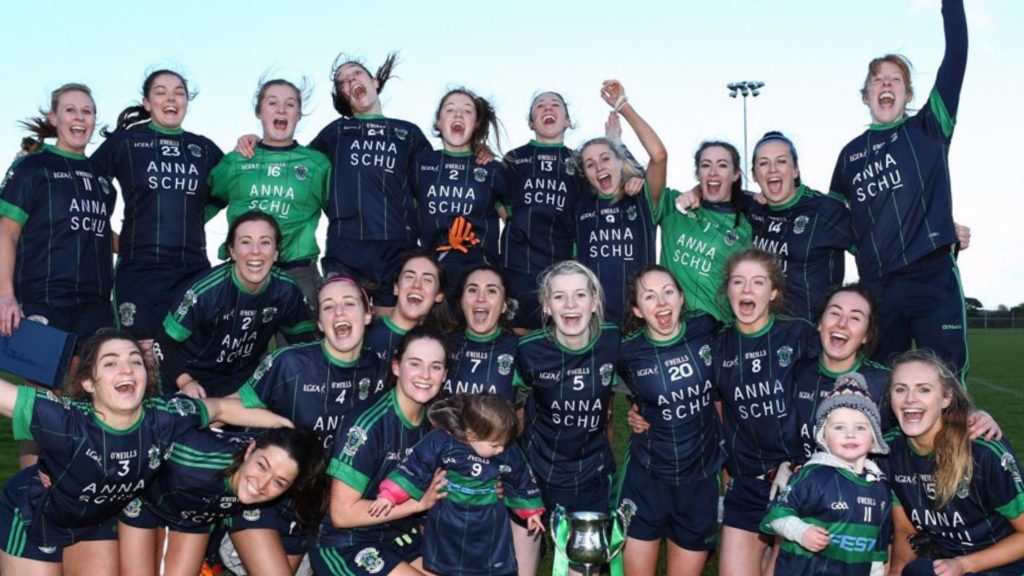 Foxrock Cabinteely made history today as a late two goal salvo despite being reduced to 14 players, sealed their place in their very first All Ireland Senior Club Championship Final.

In what was a tense and tight first half and despite conceding a goal from the penalty spot scored by Carnacon’s Cora Staunton inside the opening quarter of the game, Foxrock bounced back with a goal of their own when Amy Ring and Amy Connolly combined for the latter to finish to the net. By half time The southside outfit led by three with the score 1-05 to 1-02 in their favour.

Dublin’s five time All Star winner Sinead Goldrick played the holding midfield for Foxrock to perfection and her fellow intercounty teammate Niamh Collins curbed the influence of Carnacon’s most dangerous player Cora Staunton and held her to just three points from play.

Foxrock got a great start to the second half when four minutes in Laura Nerney found the back of the net to put her side six ahead. But then Carnacon’s hit a purple patch and scored an unanswered 1-04 to take a one point lead with the Mayo sides goal scored by Amy Dowling.

Foxrock though stayed calm and worked their way back into the game and drew level again as the sides went toe to toe. Carnacon again pulled two in front, but when Sinead Goldrick scored an excellent point to draw the sides level again with ten minutes to go, the game was set up for a grandstand finish.

Things looked to have swung Carnacon’s way in the 22nd minute of the second half when Foxrock’s wing back Lorna Fusciardi was sin-binned giving the Mayo side a numerical advantage for the remainder of the game.

But it was Foxrock who responded emphatically to the blow by hitting two cracking goals in as many minutes. A brilliant pass from Amy Connolly put Amy Ring in on goal and she made no mistake. And it was Ring who turned provider a minute later when she crossed the ball for Anne Marie Murphy to punch the ball to the back of the net.

Carnacon hit back with a brace of points from Cora Staunton, one from a free and the other from open play to make it a nervy finish, but when Foxrock turned the ball over from a Carnacon attack and they worked it up field to score the insurance point the victory was sealed.

Foxrock Cabinteely will now play reigning champions Donaghmoyne from Monaghan in the All Ireland Senior Club Championship Final on December the 4th. Donaghmoyne defeated Mourneabbey from Cork in today’s other semi-final by 1-08 to 1-06 thanks to two late points in added time from Catriona McConnell and Cora Courtney.

Foxrock and Donaghmoyne met last year in the All Ireland semi finals with the Monaghan side coming out on top by 1-08 to 0-07. Foxrock were very disappointed with their display on the day and now have the chance to make amends in two weeks time on the biggest stage of them all.