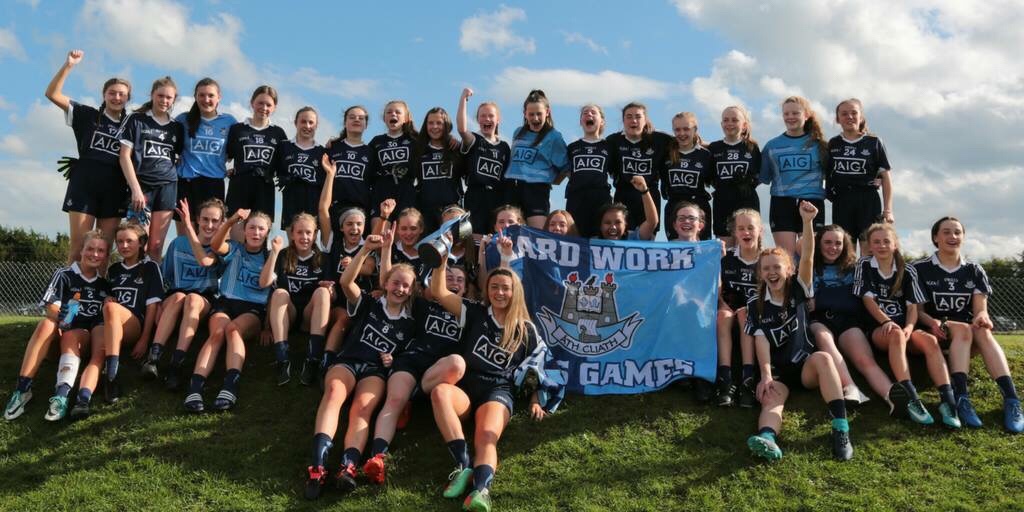 The 2018 TG4 Ulster senior champions will be crowned on Sunday while there are All Ireland U14 A and B titles up for grabs.

In the Ulster decider, Donegal are aiming for back-to-back crowns when they tackle Armagh at Brewster Park in Enniskillen.

That’s the big senior game of the weekend but there are other issues to be resolved at underage level, and in the intermediate championship grade.

Cavan and Dublin will battle it out for the All Ireland U14 A title, with Mayo and Tipperary meeting for B glory.

All Ireland U14 A final

THE scene is set for an eagerly-anticipated All Ireland U14 A final between Cavan and Dublin, which will take place at the Lann Léire, Dunleer, Co. Louth on Saturday afternoon (2pm).

For Cavan, this is just a second-ever All Ireland U14 A decider, but they did win this competition in 2015.

Dublin, meanwhile, are chasing a first All Ireland U14 A title since 2007, as they get ready for a seventh decider in the county’s history.

Victors over Kerry at the semi-final stage, Dublin will face stiff opposition from Cavan, who dethroned 2017 All-Ireland champions Galway in their last-four clash.

But Cavan will need to keep a close eye on Shannon Russell, who scored 3-02 for Dublin in the Kerry game.

All-Ireland U14 B final

MAYO and Tipperary will battle it out for All-Ireland U14 B glory on Sunday at Duggan Park, Ballinasloe.

These counties have met previously in the All-Ireland U14 B final, back in 2008 when Mayo proved victorious.

In their All-Ireland semi-final against Westmeath, Tipperary enjoyed a hugely impressive 6-14 to 2-06 victory in Banagher.

It was a much tighter affair in Kinnegad as Mayo booked their place in the final, with a narrow 2-10 to 3-06 win against Antrim.

Mayo, who have been prominent in the A grade in recent years, won their only All-Ireland U14 B title ten years ago, in that aforementioned fixture against Tipperary.

Donegal won their first TG4 Ulster senior crown in 2015 and now they’re aiming to make it three in four seasons.

The holders put their title on the line against Armagh at Brewster Park, Enniskillen, on Sunday but they’ll start as favourites against the Orchard County.

It’s Division 1 against Division 2 in the Ulster showpiece and Donegal really flexed their muscles in last weekend’s semi-final victory over Monaghan, with ace forwards Geraldine McLaughlin and Yvonne Bonner on song.

This Donegal team, if it gets on a roll, could make a big impact in this summer’s championship and should be considered as dark horses for Brendan Martin Cup glory.

Dublin remain the stand-out contenders to retain their national crown but if pitted against any of the chasing pack, Donegal would fancy their chances.

Armagh represent dangerous opposition, however, with lethal forward Aimee Mackin capable of posting a big score on any given afternoon.

Caroline O’Hanlon continues to pull the strings from the centre of the field for the Orchard County and they’ll be buoyant following a narrow three-point victory over Cavan in the semi-finals.

Mackin scored 1-04 from play in that game and, remarkably, top-scored for her side for the ninth time in as many outings in 2018.

Down showed that they’re made of stern stuff when they got the better of Fermanagh in last weekend’s TG4 Ulster semi-final.

That gritty victory came just a week after they’d been demolished by Tyrone in a semi-final but in a three-team competition, the Fermanagh tie offered the Mourne County girls a shot at redemption.

They took it but now it’s very much into the Lion’s Den once more against Tyrone, rated by many as favourites for the TG4 All-Ireland intermediate crown.

When the sides met in Emyvale almost a fortnight ago, Tyrone triumphed by 7-22 to 0-05.

But Down landed 5-11 against Down and will be anxious to show that they’ve closed the gap on the Red Hands.

A repeat of the 2017 Lidl NFL Division 4 final for Longford and Wicklow in Sunday’s TG4 Leinster intermediate semi-final.

Longford were given a bye to the semi-finals but now face a Wicklow side brimming with confidence.

Longford edged Wicklow in that League final last year but Wicklow bounced back to claim promotion in 2018.

And they made a real statement against Meath in the provincial quarter-final, scoring a two-point win to send the holders crashing out of the provincial series.

They’ll fancy their chances now against a Longford side that finished second from bottom in Division 3 of the League.

Wexford are many people’s favourites to land the TG4 Leinster crown and make a big impact in the All-Ireland series.

The Slaneysiders saw off Kildare in the quarter-finals and now tackle a Laois side fresh from their victory over Offaly.

Intermediate fare is new territory for Laois, who slipped down from the senior grade last year.

But there are signs of regeneration and improvement in the O’Moore County, and staying in Division 2 was a huge boost earlier in the season.

Wexford will start as favourites following their Lidl NFL Division 3 success but Laois can’t be discounted in what could be an extremely tight game.