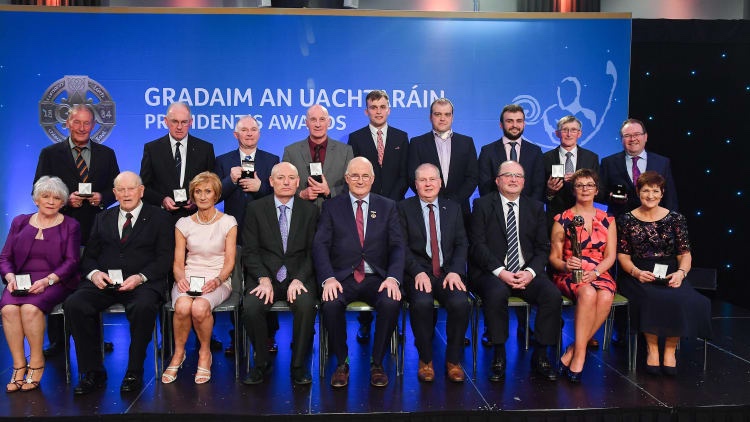 One of 11 children, Kathleen was born into a strong GAA house where her late parents Tommy O’Riordan and Lily Reynolds played a pivotal role in the development of Ballyboden St Enda’s GAA Club.

Kathleen met and married Michael Colreavy, an established Leitrim footballer who had played in the 1967 Connacht Final and they moved to Portmarnock in the early 70s and where they both were soon immersed in the local Naomh Mearnóg Club.

For more than 30 years Kathleen Colreavy has been synonymous with Ladies football in the club and during this time has held the position of club secretary, registrar, selector, jersey- washer, pitch organiser, board delegate and female liaison.

During this period, she has worked tirelessly in promoting Ladies football in her club as well as being actively involved in all the Ladies teams and the nursery.

One of her proudest achievements was when her daughter Orla and clubmates Karen Kennedy and Cliodhna O’Connor went on to represent Dublin at adult level and appeared in several All-Ireland finals with Cliodhna, Karen Kennedy and Denise Masterson members of Dublin’s first All-Ireland winning team winning team in 2010 with Denise captaining the team and Cliodhna and Denise winning All-Stars.

Kathleen’s big project every year is the All-Ireland Club7s and Gaelic for Mothers and Others which she has been involved with since the inaugural international event in 2000 in her home club. Her organisation and ability to get people to work with her for those two weeks is phenomenal.

Kathleen has been involved with Dublin both as Assistant Secretary and Player Liaison Officer for over 14 years. Her dedication to both roles is absolutely total. She is known nationwide for her commitment and dedication to Ladies Football and is a great ambassador to her club, her county and the LGFA.

All of the crew here at We Are Dublin GAA would like to say a huge congratulations to Kathleen on her much deserved award.