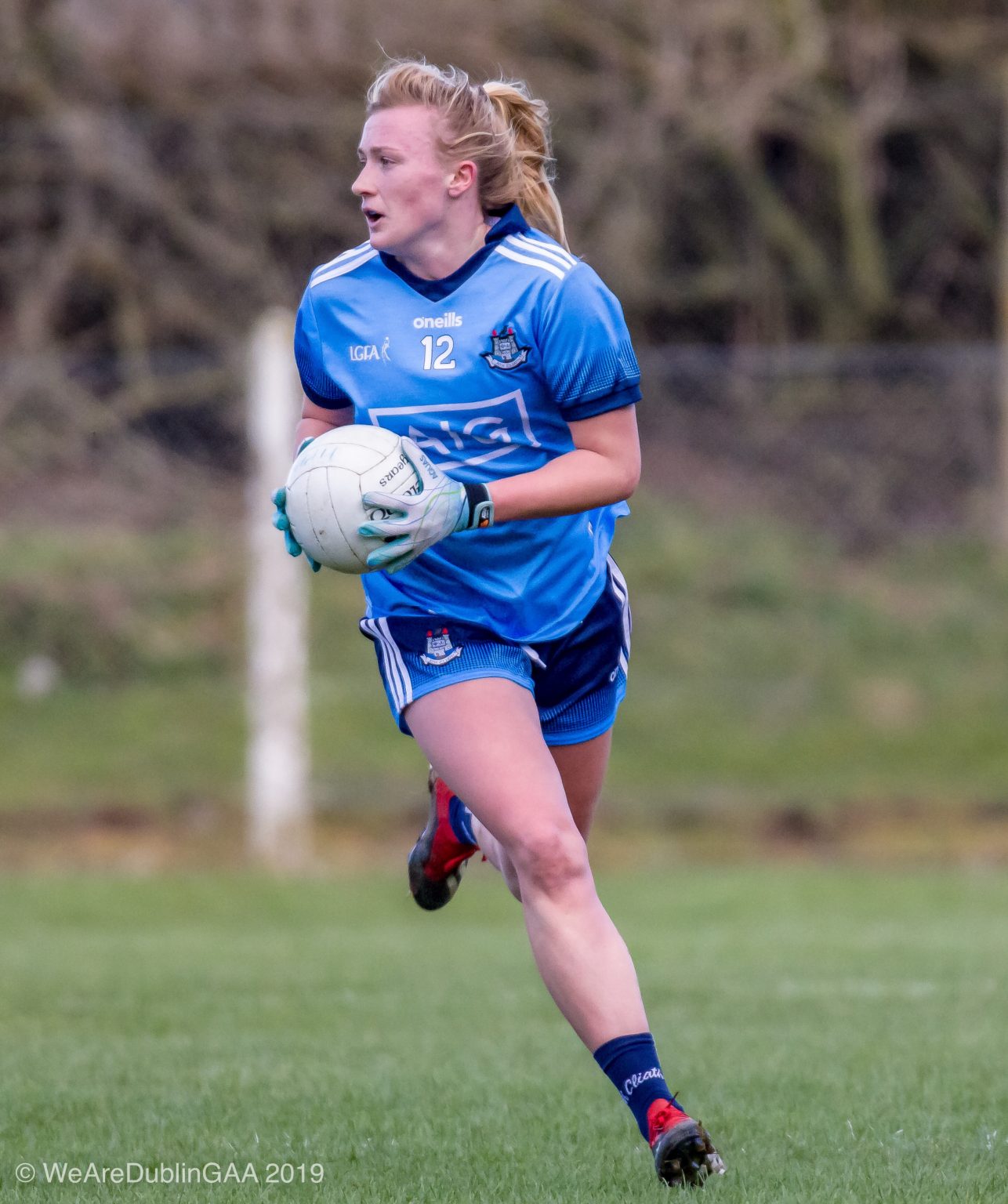 Ahead of this weekend’s Lidl NFL Division 1 game between Dublin and Mayo, Declan Drake from FM104 sat down for a chat with Dublin Ladies Football star Carla Rowe.

Carla opened the interview talking about how the loss to Donegal brought a reality to how difficult winning games will be in the league and further down the line this year.

Carla Rowe: Obviously one loss it kind of sets you back into reality that it’s not going to be easy to win league games never mind further down the line, so it’s been great the feeling been really good and since the first game we’ve really stepped it up.

DD: Last Year there were 12 or 13 new panellist and a lot of the girls ended up with All Ireland medals at the end of the year similar kind of turnover this year a lot of fresh faces in panel pushing for a place in the starting 15 as well, it adds a little something to it, how do you think that those girls have settled into the rigours of inter county football.

Carla Rowe: Yes brilliantly there’s a few minors that have come up and they have done really really well, Kate Sullivan, Sarah Fagan they have seen a lot of game time which is what you want and what it does is pushes everybody to constantly be improving in matches and in training, you can’t sit idle basically you need to be achieving as someone’s on your toes constantly.

DD: The trip to Tipp a couple of weeks ago was quite a successful one, six goals in the game, two for Siobhan Killeen and also Lyndsey Davey who’s is really taken off this year where she ended last year with three goals in two games.

And Siobhan Killeen the run she got with Clontarf did her really really good, she got a lot of Gaelic football practice and it ran all the way through to December and then she was back with us in January and that would always stand to any player so it’s fantastic for us and the team to see her doing so well.

DD: Back in Croke Park on Saturday hopefully there’s a bigger crowd than the last day you played there but obviously the Ireland verses England rugby game was a big attraction on the same day.

Mayo you’ve had some great jousts with them, you’ve beaten them in your last 4 competitive outings including most recently the league final last May in Parnell Park what are your memories of that particular day.

Carla Rowe: Yes it was a great day it was the first Division 1 league final they have won but we definitely won’t be thinking about that on Saturday.

I suppose Donegal gave us a hit of reality so you need to just focus on the day that’s ahead of you and the team that is in front of you and you can’t be thinking of any of the previous wins or losses.

We know them and they are a very very good and competitive side and they seem to be doing very well this year, so hopefully it will be a good game and there will be a good attendance.

DD: Again the challenge for the new girls is to continue stepping up to the mark, the bar is being raised week on week in terms of the quality of the opposition that they are playing.

Carla Rowe: Absolutely, it was a big step for a lot of those girls to step into Croke Park on their first day, so we learnt a lot from that and we have been training well for the last two weeks coming up to this so hopefully it will show on Saturday and we will play the type of football we like to play and will hopefully show in the result.

To listen to the full audio interview just click play on the audio player above.