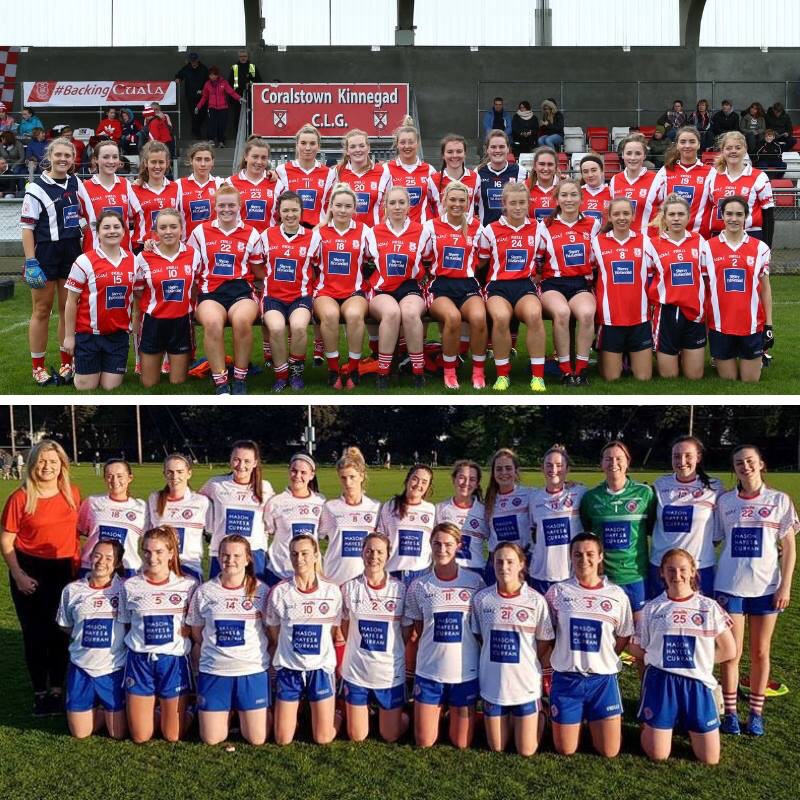 Clontarf and Cuala have both enjoyed success in underage football over the last few seasons and the reward for all their hard work at juvenile level has seen the emergence of a number of young stars into their adult set up.

While Eimear Loughlin, Grainne O’Driscoll and Sinead Wylde (all of whom were also members of the Dublin minor panel) will play a key role for Cuala in what promises to be a fascinating game of football.

Martha Byrne (Cuala) who was yesterday announced as one of Dublin’s 14 TG4 / LGFA All Star nominees will also have a pivotal role to play for the Dalkey club.

Cuala had a brilliant 2017 winning both the Dublin and Leinster Junior championship titles only to meet defeat in the All Ireland semi-final at the hands of Corduff from Monaghan (4-08 to 2-10).

Clontarf on the other hand in 2017 endured another painful championship final defeat this time to St Maurs with Clontarf having lost the previous two championship finals to Clanna Gael Fontenoy and Parnells respectively.

Earlier this season, Clontarf required the services of former international soccer player, Siobhan Killeen along with sisters Tara and Kate Fitzgibbon from the disbanded O’Tooles team.

Siobhan and Kate are both part of Mick Bohan’s double All Ireland winning Dublin squad and will bring a lot of experience to the squad and could play a big role in finally bringing championship success to Clontarf.

When the two teams meet back in May in the round robin series of the championship it was Clontarf who came out on top of this specific battle, on the score line of 4-11 to Cuala’s 1-06.

In the semi final Clontarf had to dig deep to see off the challenge from a spirited Clann Mhuire team. At the end Clontarf held on to win by 4 points having earlier fallen behind to the Naul girls in the second half.

Cuala on the other hand enjoyed a 19 point victory over Skerries Harps to book their place in the 2018 decider.

Other key player to keep an eye on will be Jennifer Dunne (Cuala) and Katie Murray (Clontarf). Former Irish International Rugby Captain Fiona Coghlan also features on the Clontarf panel.

The Intermediate championship final gets underway this evening at 8.30pm in Lawless Park, Swords home of Fingallians GAA club. LIVE score updates will be available via the Dublin LGFA twitter page

*Team line outs will be released on social media prior to throw in (8.15pm).