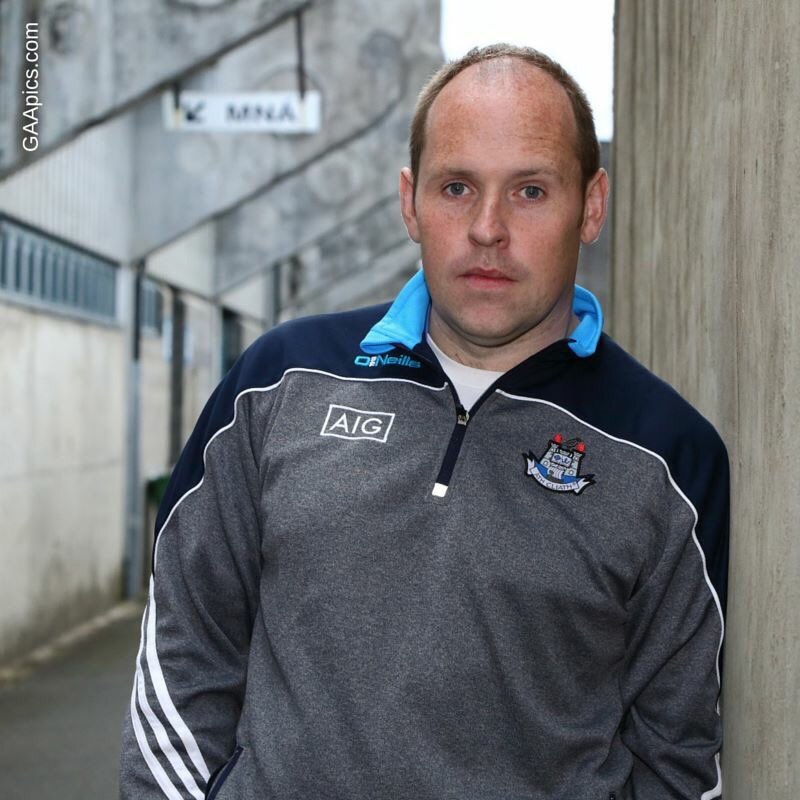 On behalf of everyone involved Dublin LGFA we would like to offer our sincere appreciation and thanks to Dublin senior manager, Gregory McGonigle for his commitment, time and dedication to Dublin Ladies football since his appointment back in 2014.

Dublin LGFA is regrettably accepting Gregory’s decision to step down from his position as Dublin senior manager. He informed County Chairperson, Joe Keane yesterday evening that he would not be seeking a fourth term in the role.

Gregory brought a level of professionalism, enthusiasm and structure to Dublin that will prove quite difficult to surpass. Gregory’s dedication to the players was insurmountable and he was instrumental in ensuring players had quality training facilities, medical care and top level coaching personnel available to them throughout his term in charge.

Gregory also played a huge role in the promotion of Dublin LGFA working closely with local and national media ensuring Dublin and Dublin senior players received the highest level of media coverage. This was especially evident in the run up to our three All Ireland final appearances.

Since Gregory’s ratification as Senior County manager in 2014 Dublin have won three U21 All Ireland titles, three Leinster senior titles and have appeared in three senior All Ireland finals in a row while also reaching a historic first NFL final in 2014.

Dublin LGFA would like to thank Gregory for all he has achieved with Dublin to acknowledge his dedication to the County and to wish him all the very best for the future.

I would like to inform you that I have taken the decision not to opt for a fourth term as Dublin Ladies Senior manager.

I have really enjoyed my three years with Dublin but now feel the time is right for a new voice to help this group of players achieve their ultimate goal of winning an All-Ireland title. The time is also right for me personally to take a much needed break from management having been involved at senior level for the past six years and to reflect, recharge and refocus.

I wish to thank Dublin County Board for the opportunity to manage the Dublin senior team and for their continued support, loyalty, trust and friendship over this past three years. Dublin LGFA is fully committed to supporting Dublin teams across all levels in striving for top honours and I wish them continued success.

I would like to thank all of the clubs who provided players to the County panel and who have worked very well with us over the last three years. I am acutely aware how tough it can be on clubs owing to the huge level of commitment that is required of players to play at county level which is similar to that at inter county men’s. I hope the juvenile players within your clubs are equally inspired by their female senior stars of today as much as their male counterparts. Mol an óige agus tiocfaidh sí.

I would like to thank everyone involved with the Dublin management team over this past three years. All of whom have been brilliant in working so hard to bring success to Dublin with many having sacrificed numerous personal events within their own life’s for the good of the group. I am honoured to have created friendships over the three years that I know will last a lifetime.

To the group of players, I struggle to find the words to sum up the desire, appreciation and love you have for your county. Genuinely it has been a huge honour to have coached you all and to have gotten to know you as people, most definitely class acts on and off the field.

We shared many great days together and have loads of memories from great journeys starting in 2014. I am disappointed that we could not win the much coveted senior All Ireland but you are closer than ever before and always remember a grain of rice can tip the scale.

In the last three years (2014 – 2016) I would like to think we have continually raised the standards around the senior set up. Especially by putting in place structures that bring young players through to senior level and that these structures will be sustained long into the future.

I was delighted to have been involved in a small way in the winning of three All-Ireland U21 titles, three senior Leinster titles (completing a first five in a row) and reaching three All-Ireland senior finals along with competing in the Counties first NFL division one final back in 2014 along with the many numerous personal accolades our players have received including eight All Star Awards with I’m sure with more to come on the 12th November next.

I strongly believe the amount of big games that this team have played over the past three years will stand to them while developing and strengthening them both mentally and physically in order to finally deliver an All-Ireland title, which I expect them to do in 2017, De réir a chéile a thógtar na caisleáin.

Dubs McEvoy: I Definitely Would Never Swap A Dublin Jersey