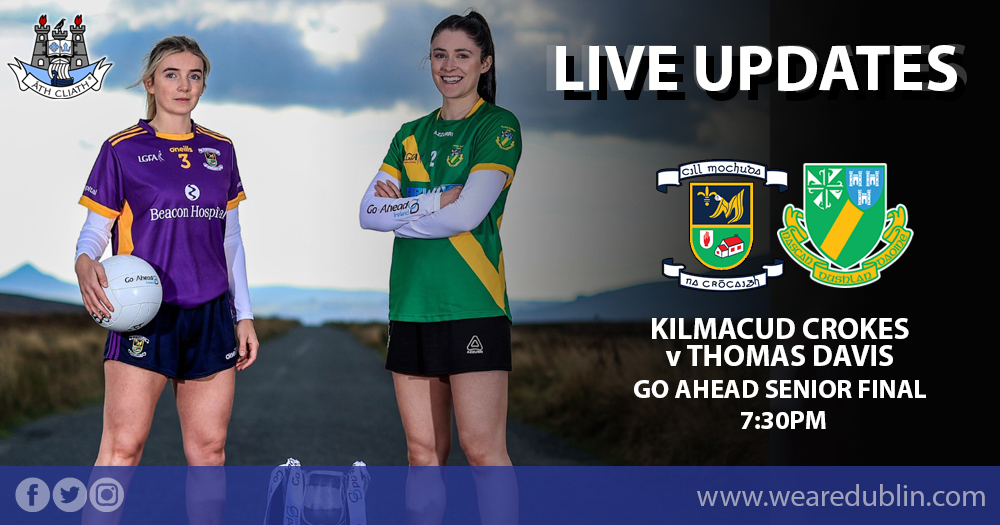 The stage is set for a huge showdown tonight as Kilmacud Crokes and Thomas Davis go head to head in the 2022 Go Ahead Dublin LGFA Senior Championship Final. And a huge crowd is is expected down in Parnell Park for the clash. It’s not the first time these two sides have squared off this year with Crokes beating Thomas Davis in this year’s competiton. But the stakes tonight are a lot higher with the elite silverware up for grabs.

In the last four draw of the championship Crokes were 1-17 to 0-09 victors over St. Sylvesters, while Thomas Davis fought off a close challenge from Na Fianna on a 1-08 t0 0-10 to advance to tonight’s decider.

Tickets for tonight’s game are still available and you can pick them up here.

We’ll be live from Parnell Park later this evening, and we’ll keep you posted if you’re not traveling to the game. Our Twitter Feed will be filled with Live Updates from the throw in at 7:30pm. Just head to www.twitter.com/wearedub to follow the action. Not on Twitter? Don’t worry, you can follow the feed below this post.