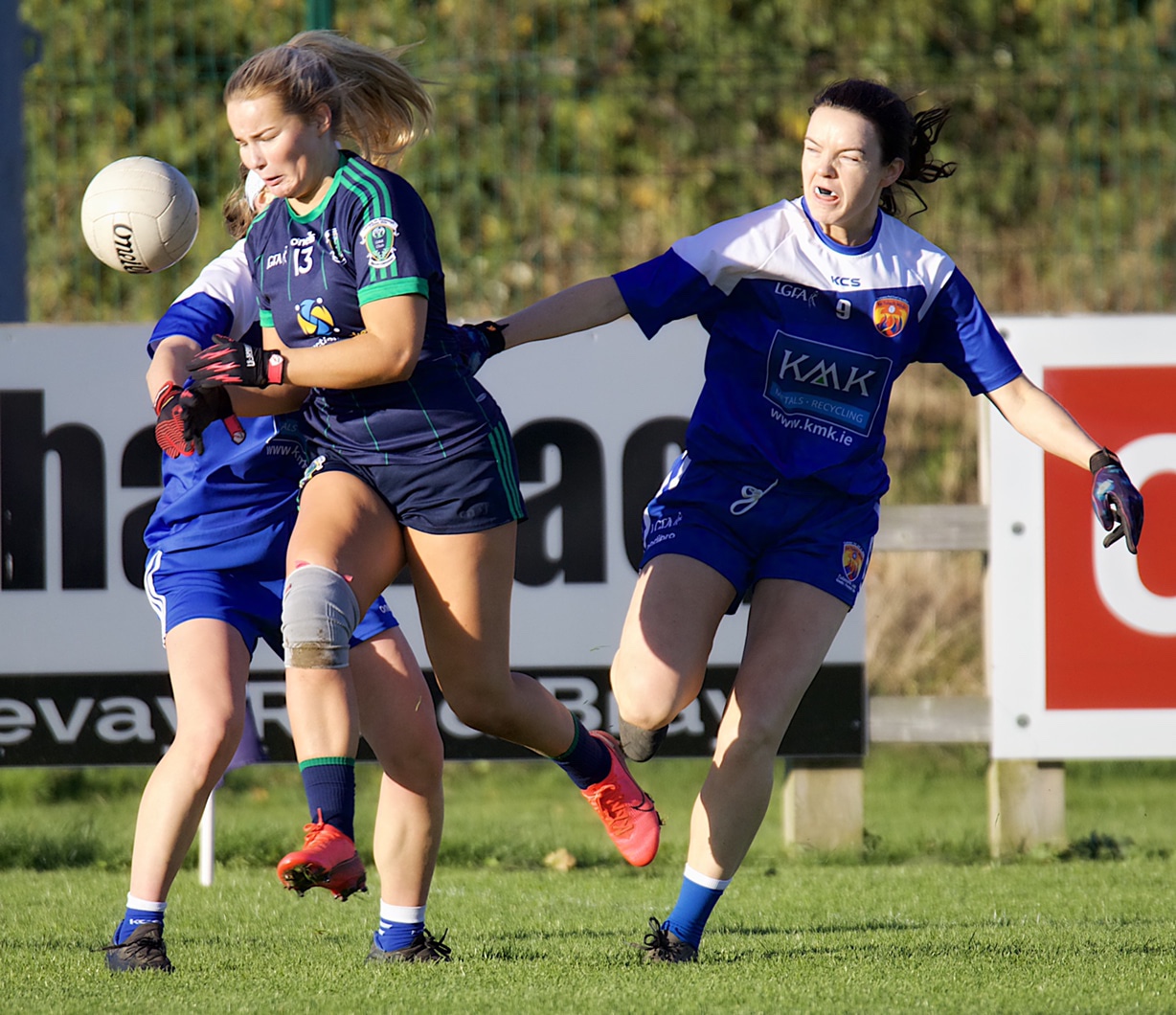 Although Tullamore were game throughout the contest Foxrock never looked in any real trouble of surrendering a Leinster crown they have owned for the past six seasons.

Foxrock’s ability time and time again to break up the Tullamore forays forward kept scoring opportunities for the Offaly champions at a premium.

Forward Andrea Murphy proved a constant threat up front for Fox-Cab and she finished top scorer on the day with 1-03. Midfielder Niamh Ryan and half forwards Sinead Loughran and Ciara O’Riordan provided the energy and guile to drive Foxrock forward and open up the spaces for the inside forward line to pick off the scores.

Two minutes into the game and player of the match Andrea Murphy opened her account with a fine point. The next score arrived six minutes later with Kate McNally finishing to net after some decisive defense splitting build up play.

Tullamore responded with two quick points both converted frees from Maedbh Coleman. In what was a low scoring first half there were just two scores over the next ten minutes both coming for the defending champions, Andrea Murphy grabbed her second point of the half and on the twenty minute mark Ciara Murphy got her name on the scoresheet.

Three minutes later and Foxrock were reduced to 14 with Ciara Murphy sin-binned for reacting to a robust tackle. The player disadvantage though didn’t hinder Fox-Cab as they broke up field and Kate McNally split the posts with a fine effort.

There was just one more score before the half time whistle which came from the boot of Tullamore full-forward Grainne Egan to leave four points between the sides at the break.

That lead was reduced to three seconds after the restart with Tullamore’s Lisa Gorman swinging the ball over the bar for what was just one of two scores the Offaly side managed in the second half.

Foxrock’s Niamh Ryan who was excellent in midfield broke forward and after a quick interchange of passes, Ryan under pressure hit a fine effort over the bar. But that score came at a price with Niamh injured in executing the shot and had to be replaced by Hannah O’Neill.

In the 38th minute Tullamore once again cut the deficit to three with a pointed free from Maedbh Coleman but that was to be the Offaly sides final scoring contribution.

The game was all but rapped up in the 43rd minute when the industry and effort of Andrea Murphy was rewarded as she scored her sides second goal.

With a six point lead now in the game the Foxrock management ran their bench introducing fresh legs for the final quarter.

They tagged on four more points before the final whistle, a point from Sinead Loughlin after some excellent build-up play from Niamh Collins, two Jodi Egan converted frees and Andrea Murphy who opened the scoring knocked over the last point of the game to give Foxrock a ten point win.

Foxrock will take on Meath champions Dunboyne next Sunday in the Leinster senior club championship final.