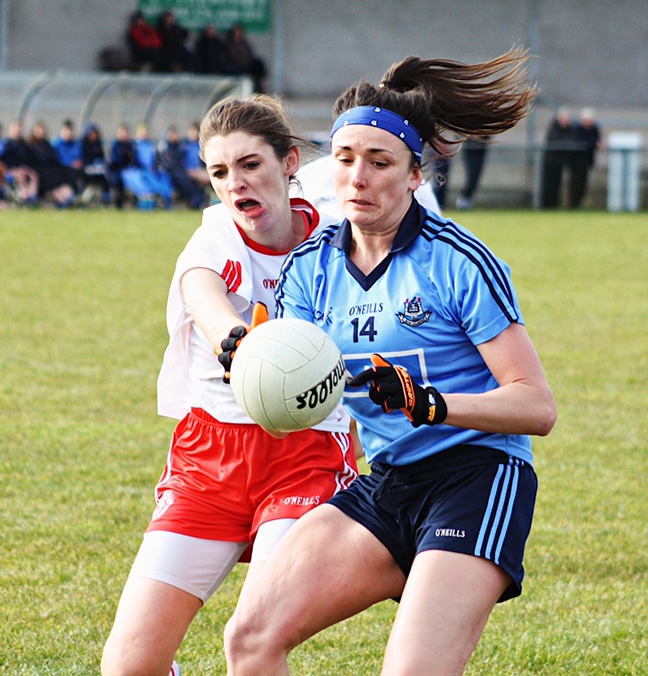 Defending champions Dublin begin the defence of their All Ireland title tomorrow Saturday the 10th of July against Tyrone in Breffni Park in Cavan.

Manager Mick Bohan has made five changes to the side that began the win over Cork in the Division 1 League Final two weeks ago in Croke Park.

That sees goalkeeper Abby Shiels who was selected on the Lidl team of the league after an excellent debut league campaign join Niamh Collins, Siobhan McGrath, captain Sinead Aherne and Lyndsey Davey on the bench.

A quick look at the bench reveals a host of talent for Bohan to call on. Tomorrow’s opponents Tyrone are a side that Dublin don’t cross paths with too often in the championship, but they will bring back fond memories for a number of the Dublin squad members who won their very first and indeed the county’s first All Ireland title back in 2010.

Dublin fans can watch the game live via the following link https://page.inplayer.com/peilnamban/ with the action getting underway at 2pm.

For any supporters who don’t have the opportunity to watch the game live but want to keep abreast of the action, We Are Dublin GAA will have LIVE score updates available over on our Twitter feed @wearedub