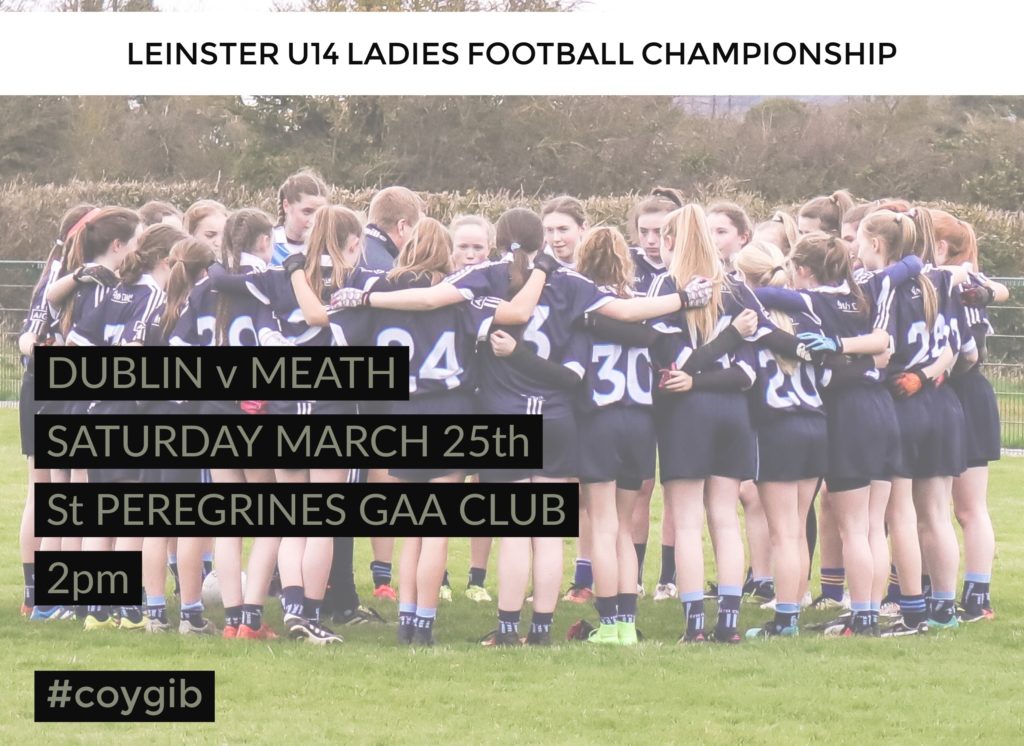 Tomorrow’s historical double header of football action in Croke Park involving teams from the Capital are not the only important games down for decision.

The Dublin U14 Ladies footballers will get the action packed day underway at 2pm in St Peregrines GAA Club when they face near neighbours Meath in the second round of the Leinster Championship.

Declan Darcy’s charges will be looking to make it two wins from two after emphatic victory away to Kildare in the opening round.

Dublin really cut loose against the Lilywhites hitting no fewer than 11 goals during the game in their twenty six point victory and will enter tomorrow’s fixture brimming with confidence.

The visitors Meath also enjoyed a win in their opening round game against Laois albeit by a much tighter margin of four points with the final score 6-07 to 6-03.

Having conceded six goals against Laois, Meath will need to be much tighter at the back tomorrow as Dublin carry a serious goal threat up front and will ruthlessly punish any mistakes by the Royals backline.

All in all tomorrow afternoons clash should be another high scoring and entertaining encounter and the perfect start to what should be a very special day for football in the Capital. #coygib