‘On Sunday evening, I took a turn for the worse, and became unwell’ – Dublin’s Siobhàn Killeen 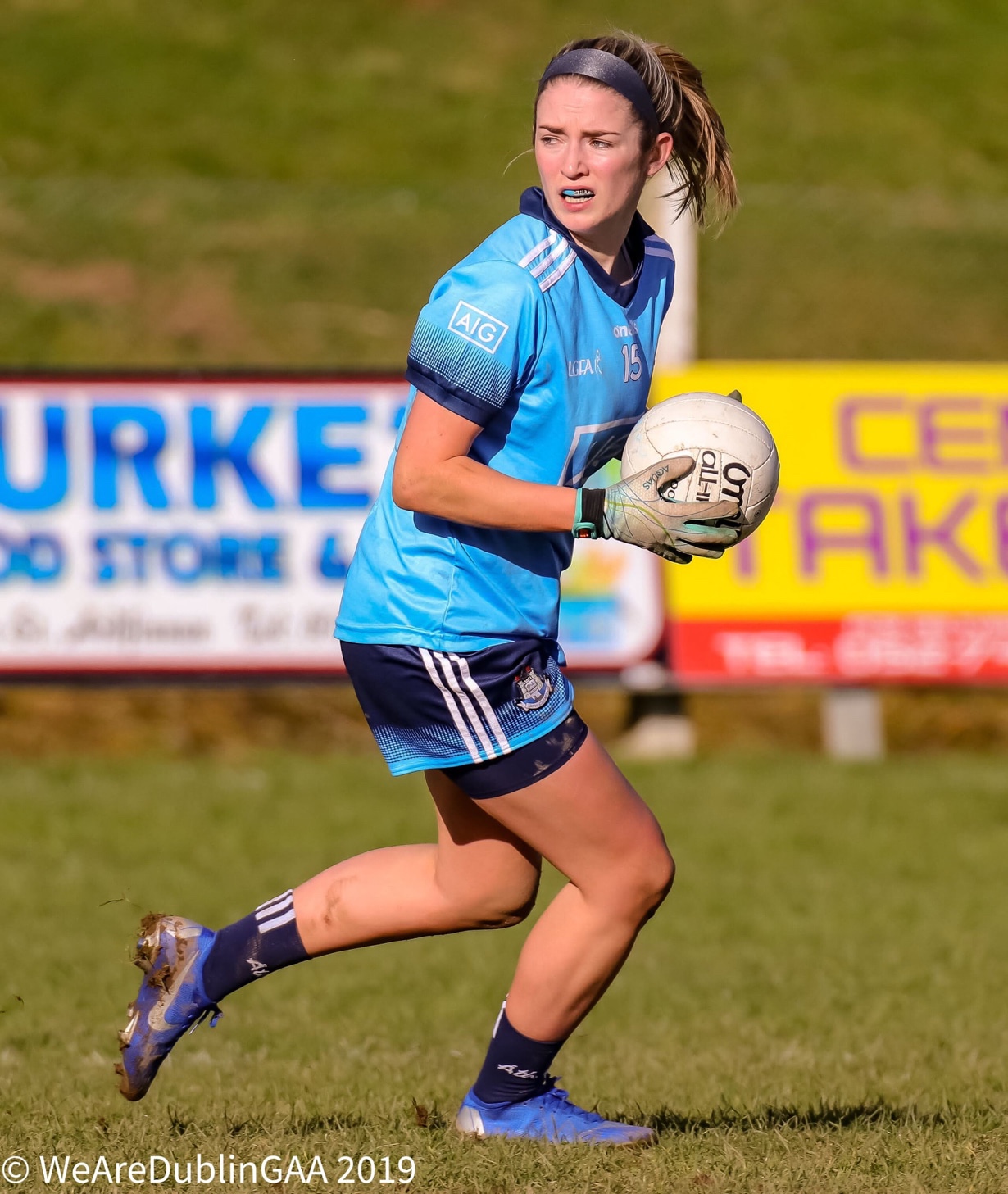 DUBLIN’s Siobhán Killeen has revealed that she’s tested positive for Covid-19 – and has urged people to abide by expert advice in the fight against the coronavirus.

She is now self-isolating at home but reports that she’s doing well and is anxious to return to work when she’s given clearance to do so.

Killeen, a former Republic of Ireland soccer international who scored a remarkable individual tally of 5-4 for Clontarf in the 2018 All-Ireland Intermediate club final, is a radiographer at Dublin’s Mater Hospital.

And she said: “I’m doing fine. I took a turn on Sunday evening, I got the sweats in the sitting room after working that morning, and a really bad headache.

“Up until that point, I was really well, really busy in work but quite active as well.

“I went for a run on the previous Friday, had a training session on my own on the Saturday, and a cycle after work on Sunday morning.

“I felt good, it wasn’t like my energy levels were low. On Sunday evening, I took a turn for the worse, and became unwell.

“That lasted all through the night, aches in my legs that travelled to my back.

“I never really got respiratory symptoms, I didn’t have difficulty breathing, a sore throat or cough.

“It was the sweats and headache and while, looking back, I may have coughed once or twice over the weekend, it was nothing out of the ordinary.”

We will get through this, once we all play our part

Killeen rang into work on the Monday morning, was swabbed, and the results on Tuesday revealed that she was positive for coronavirus.

And she reflects now: “I’m not an infectious disease expert, I’m just listening to what I’m told.

“I’m working in a hospital and taking the advice of experts, and following suit.

“We will get through it, once we all play our part, and everyone has such a big role to play.

“We need to obey the regulations that are being put in place.”

In her role as a radiographer, Dublin’s Siobhan Killeen was playing a key role as the health system and the general population battles Covid-19.

And she says: “Radiography is about diagnostics and we’d be very much in the front line in terms of diagnosing illnesses.

“One of them is Covid-19 and we were well prepared in terms of information, education, supplies.

“We always had the correct PPE (Personal Protective Equipment) and we were constantly being updated on what is a new enough illness, with information changing constantly.

“I wouldn’t have considered myself vulnerable but the stats are that 25 per cent of cases are healthcare workers and I was just maybe around it more often.

“I’m self-isolating for two weeks from when I first showed symptoms but I’m not thinking too much about that, especially when you’re 24 hours in a room.

“I’m taking it day by day and I’m quite well.

“I’m Covid-19 positive but I feel healthy and well and the hospital have been great.

“I’ve had infectious team doctors, occupational health and the HSE in touch to check on how I am. And a pulse oximeter checks my oxygen levels and my pulse, feeding electronically into an app on my phone and they can check that remotely, to see how I am over a long period.”

This isn’t the first battle that Killeen, a lethal forward for club and county, has had to face in recent times.

An innocuous training ground twist in April 2019 saw her sustain a hamstring injury so severe that it was ripped from her hip.

For 20 weeks after sustaining the career-threatening setback, Killeen was reliant on crutches, with her right leg in a DonJoy brace for 12 weeks, 24 hours a day.

“I had surgery to reattach it (hamstring),” Killeen explains. “It was done by a brilliant surgeon, Denis Collins in Santry. He warned me that the surgery was the easy part – and the rehab would be the tough part.

“I remember when I got the result of the injury, it felt like my world was crashing down.

“That might sound dramatic but football and sport was everything to me.

“But through it all, I had an unbelievable support system and the Dublin team kept me involved, which was huge for my mental health.”

While Killeen has worked hard to ensure that her hamstring is as good as it can be, her current focus is on getting through this current challenge.

And she says: “It’s a real fight (for the country) and people have realised the seriousness of it.

“It does seem to have brought the country together in some way and in the hospital, there’s a real atmosphere of doing it together and fighting it together.

“I quickly had to distance myself from everyone and not to put those I love at risk.”

Killeen admits that while she takes on the virus and is doing all that she can, there’s a frustration when she goes online and reads stories about those who are not obeying Government guidelines.

She says: “It’s very frustrating when I see people out, groups of young kids on social media out together, the videos we’ve seen online. I’m stuck in my room feeling very guilty because when I first got diagnosed, the guilt I had was that I couldn’t go to work.

“I’m a risk to vulnerable people and then you see people not paying any regard to the fight you’re in. It’s very frustrating.”