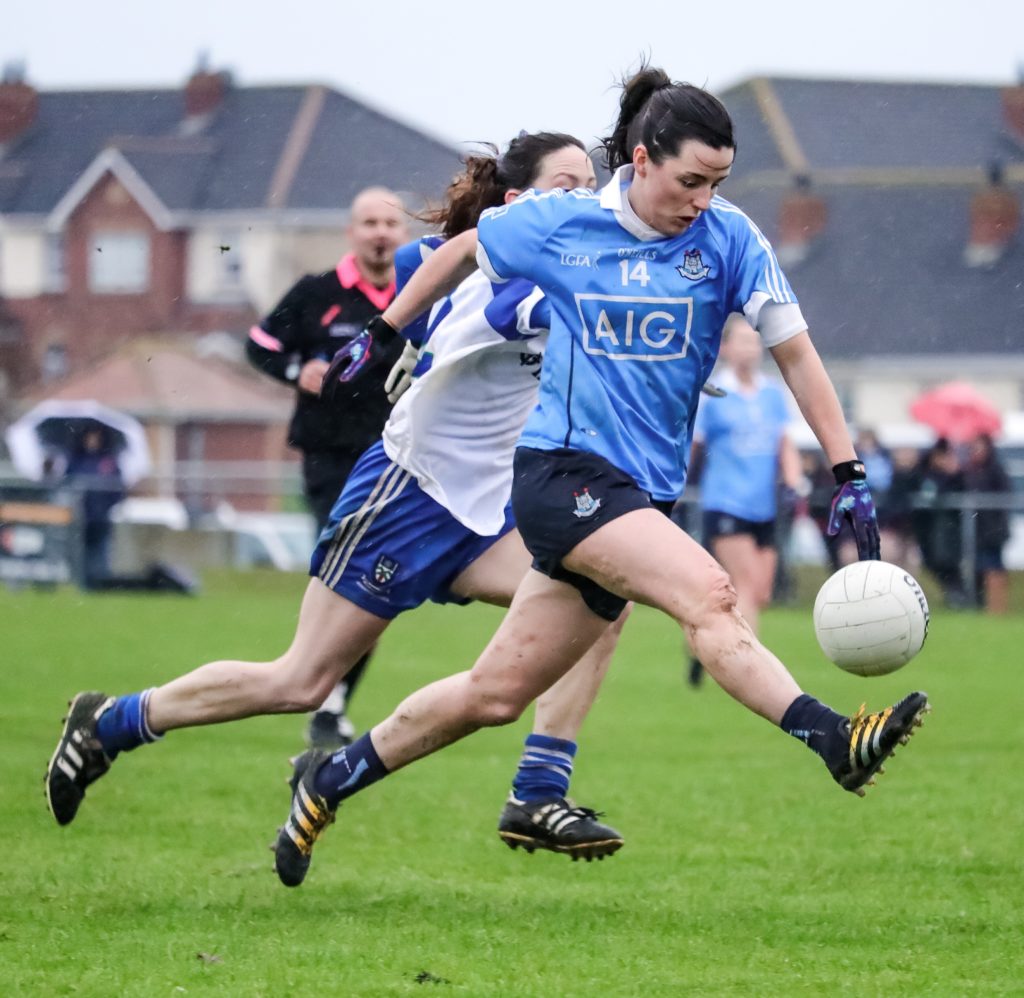 Dublin got their 2017 NFL campaign off to a good start with a five point win over Ulster champions Monaghan. The game, which was played before a sizeable crowd, was an entertaining contest played in wet, cold and blustery conditions.

Both side’s defensive units were on top form from the outset with scores very hard to come by for either set of forwards.

Monaghan’s All Star forward Ciara McAnespie registered the game’s opening score in the 10th minute, followed soon after with two further scores by Cora Courtney and Caoimhe Mohan, moving Monaghan into a 0-03 to nil lead. 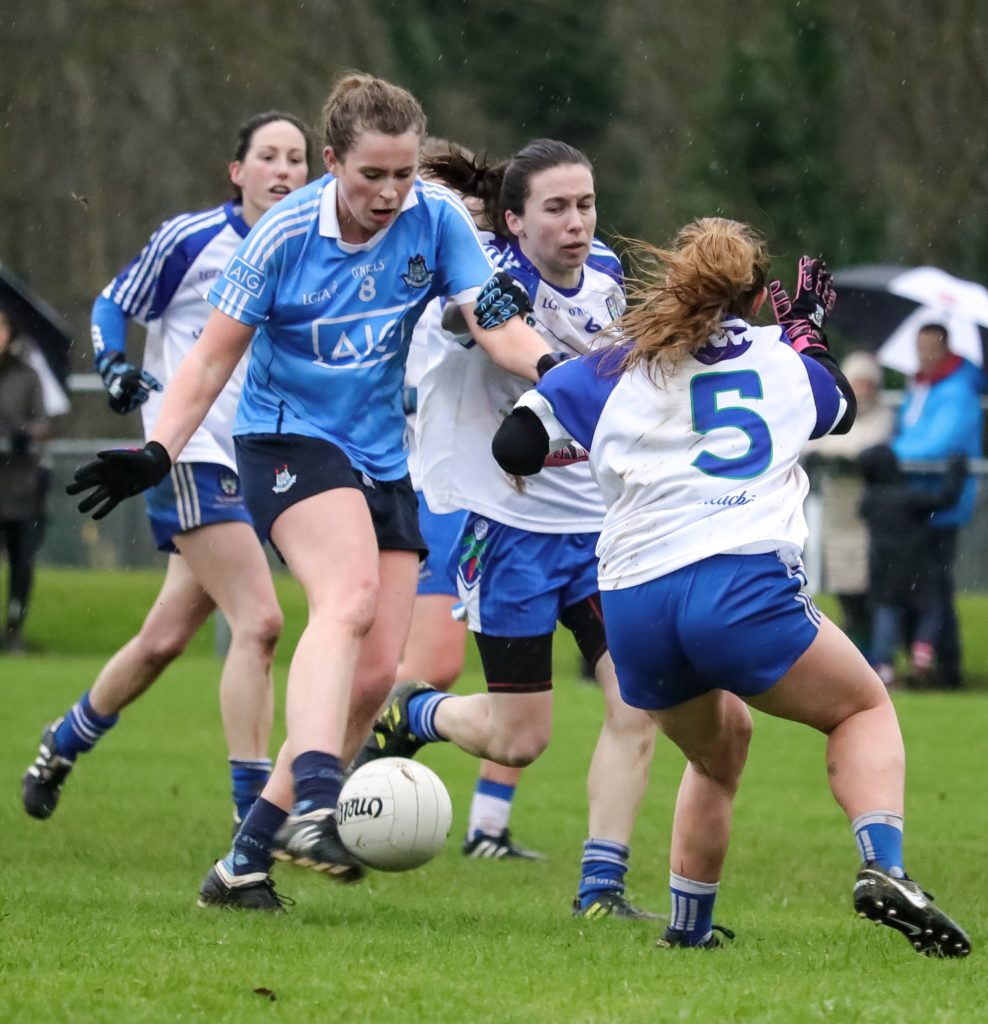 Dub’s midfielder Lauren Magee was sent to the sin bin just before the break (29th min) for a clumsy challenge on Monaghan’s Cora Courtney. Half time score Dublin 0-04 Monaghan 0-03. 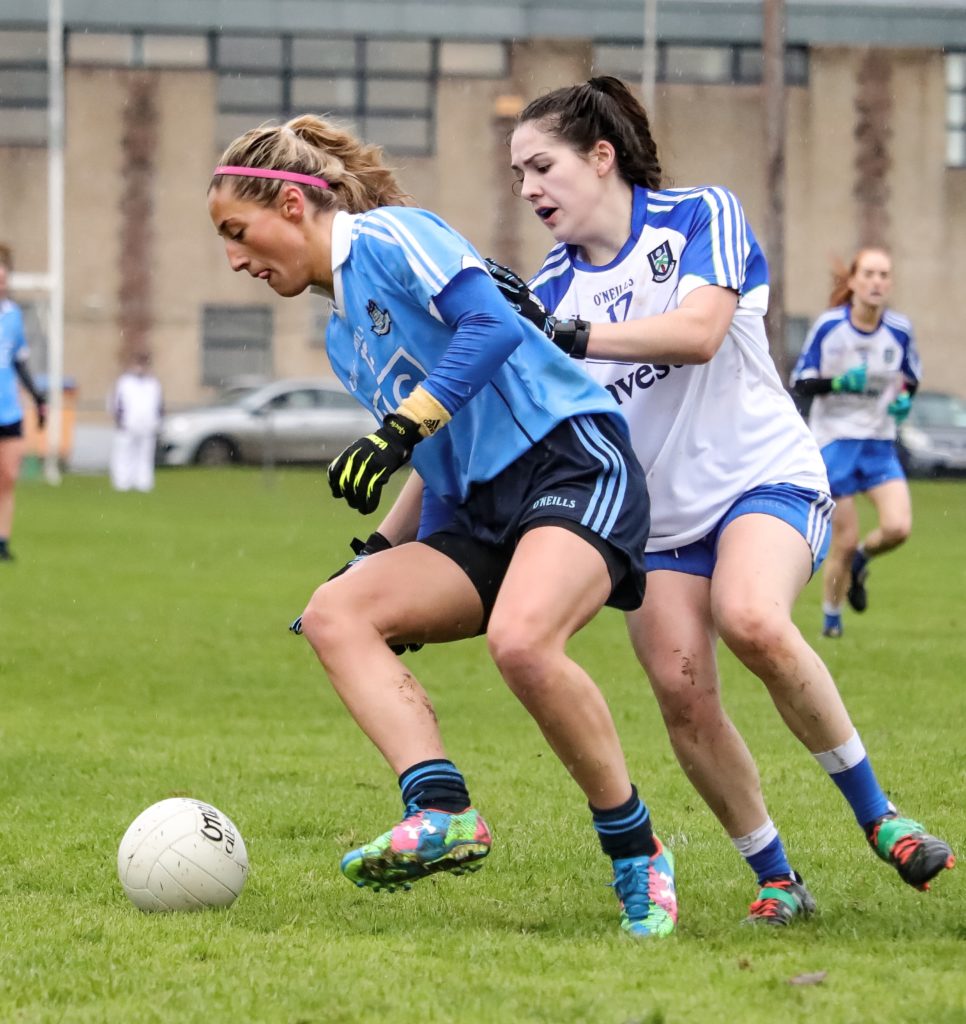 The half time talk seemed to do Dublin good as they started the second half with more purpose, stringing some good moves together and moving the ball well out of defence.

In the opening minute of the second half, Dublin got the break they needed to shrug off the Monaghan challenge. A well worked goal from Olivia Leonard giving the home side a 1-04 to 0-3 cushion. Leonards shot across the face of Catriona McKenna’s goal hitting the far post and into the Monaghan net. 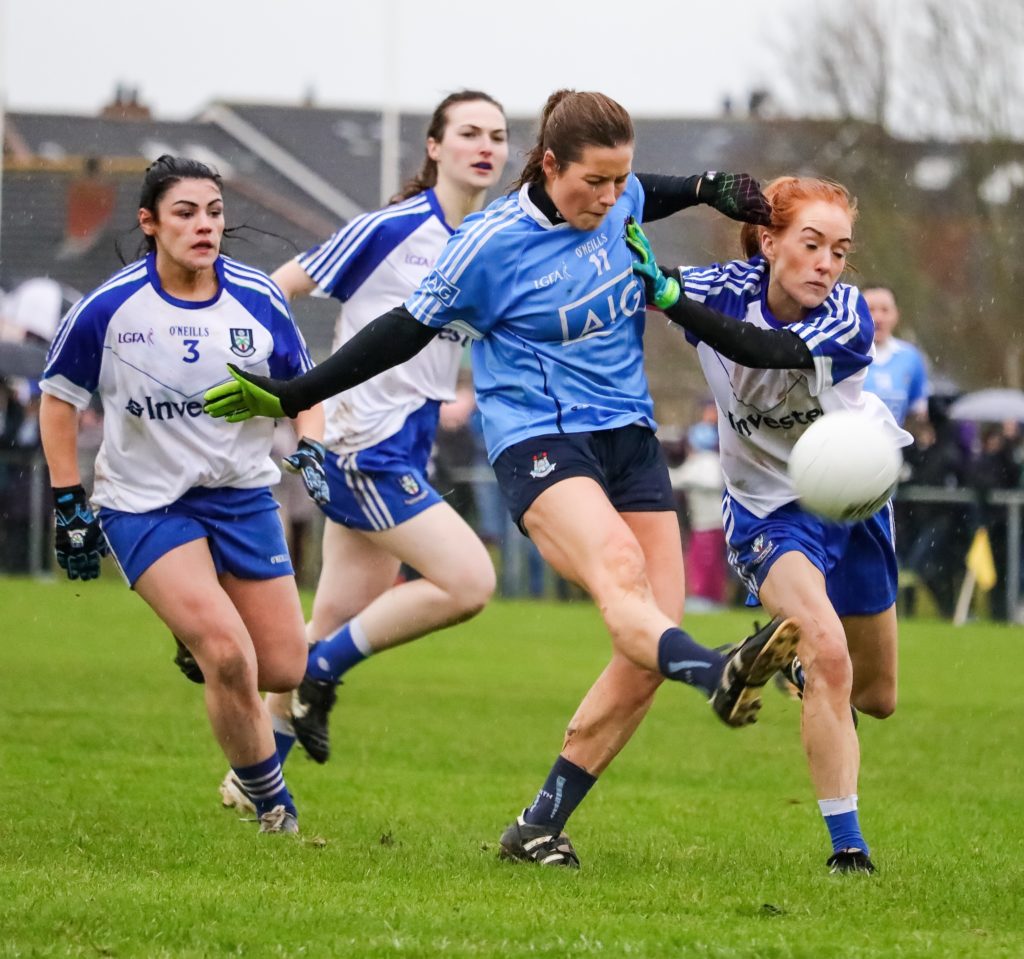 Monaghan received another blow five minutes later when they lost full back Josephine McKenna to the sin bin for a high challenge on Dublin full forward, Lyndsey Davey. 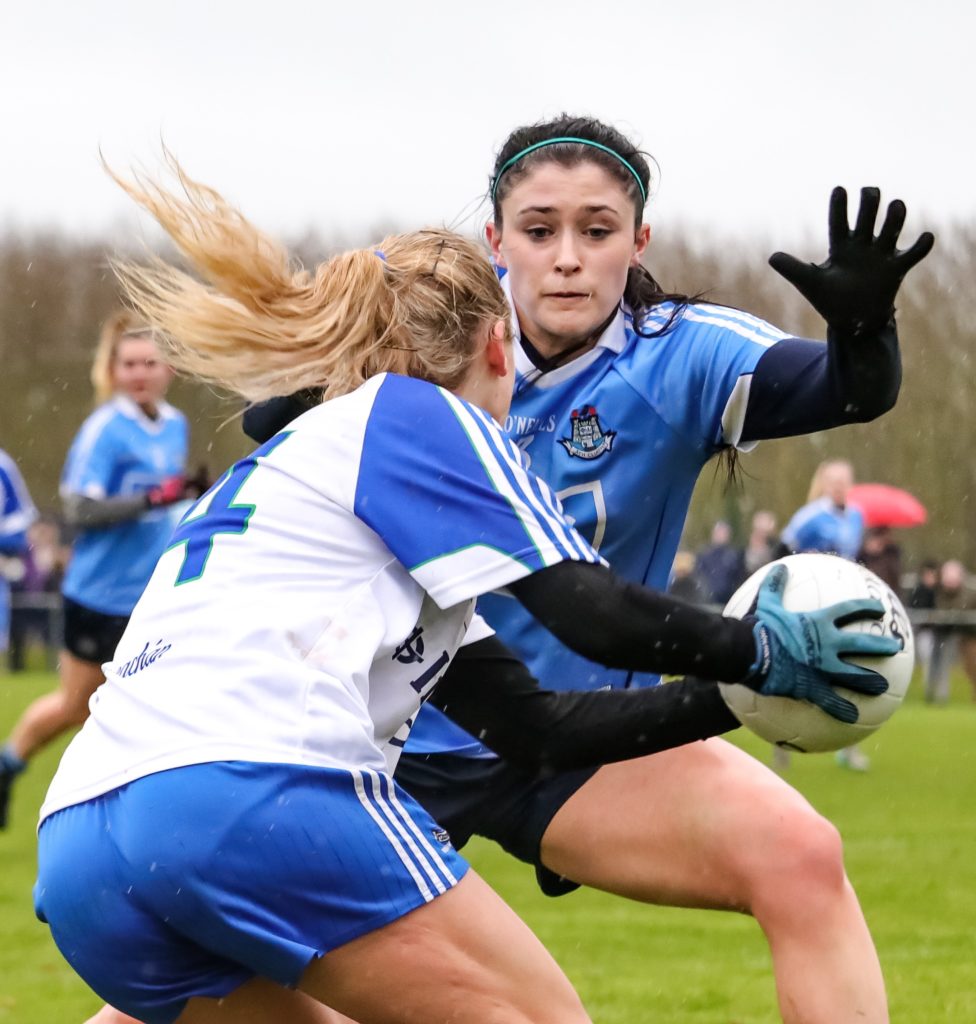 Next Sunday Dublin are on the road to the Kingdom for a second round game versus Kerry. The game will be played in Castleisland Desmonds club ground, throw in time to be confirmed.

Noelle Healy was named as the Gourmet Food Parlour Dublin player of the match. 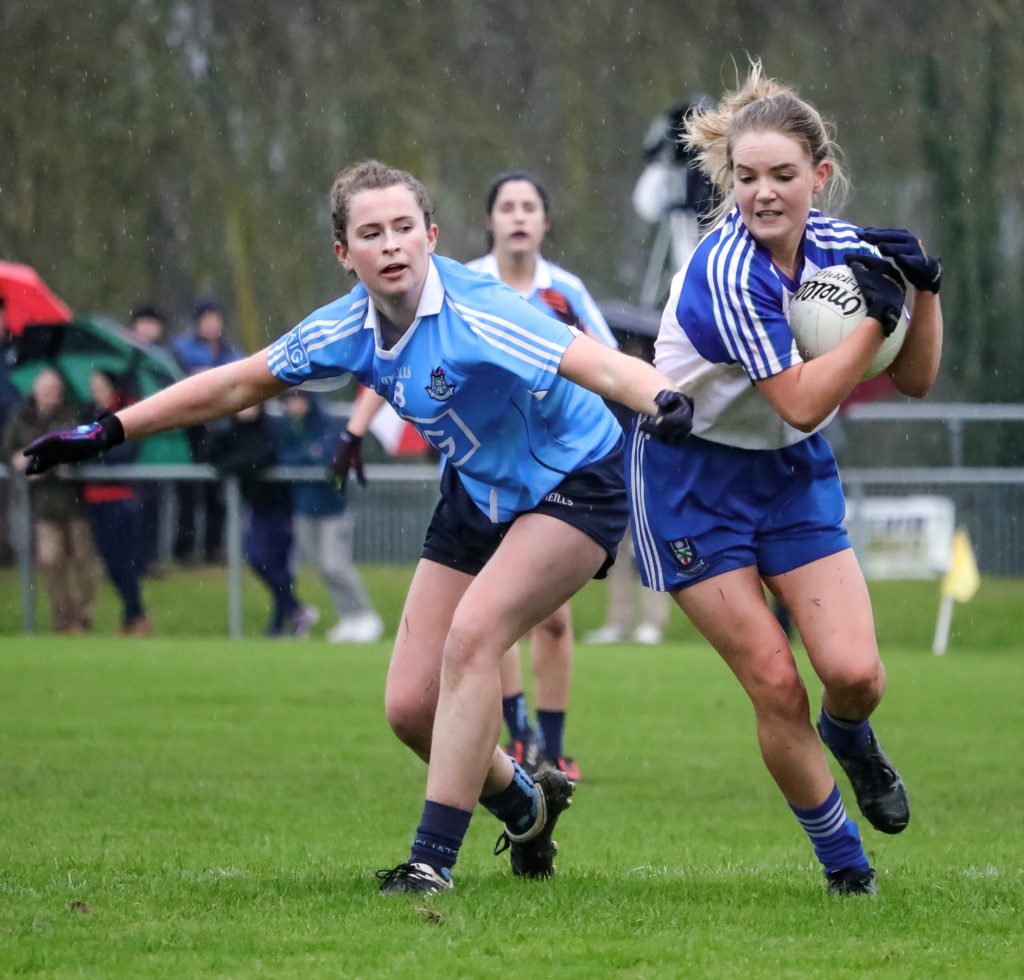 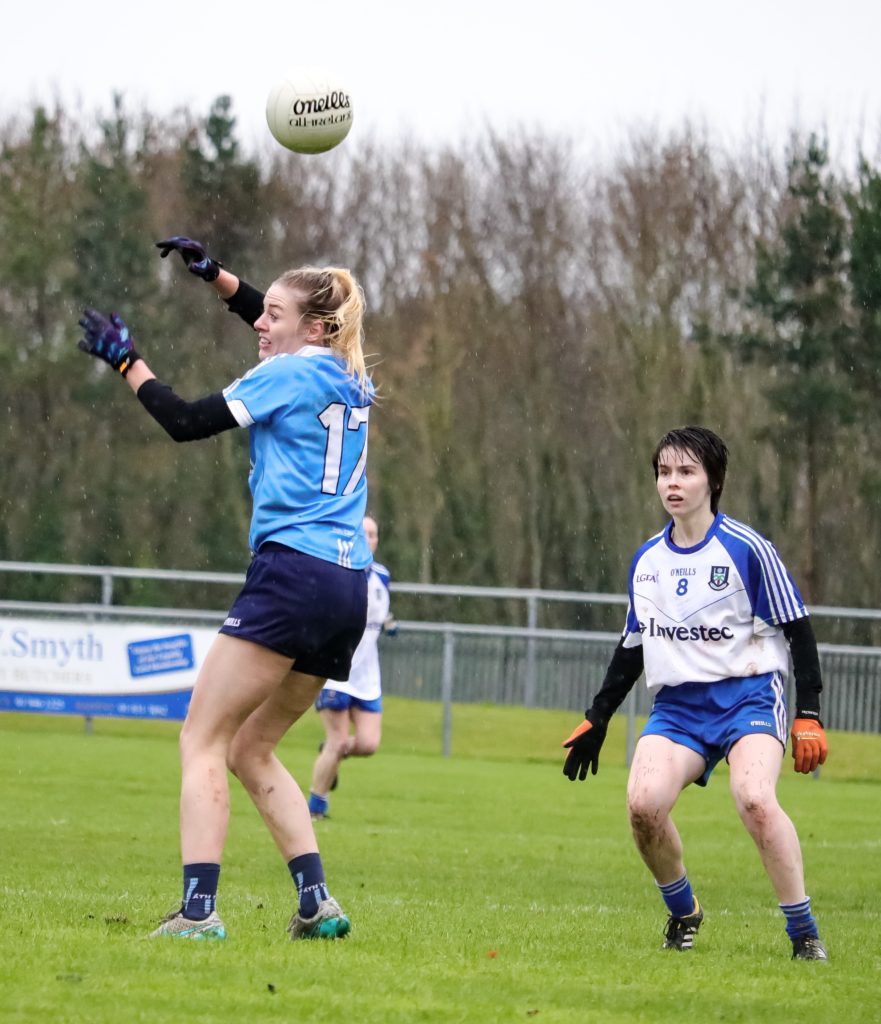 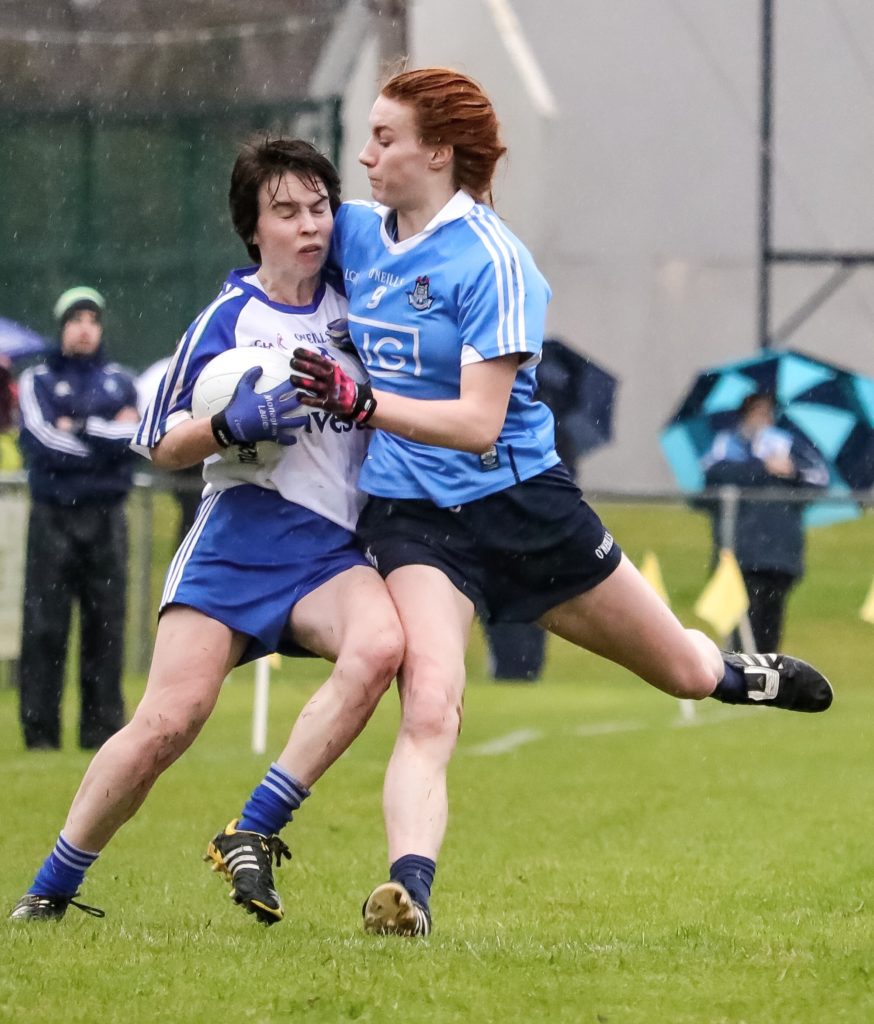 DUBSTV: ON THE SPOT WITH CIARA TRANT