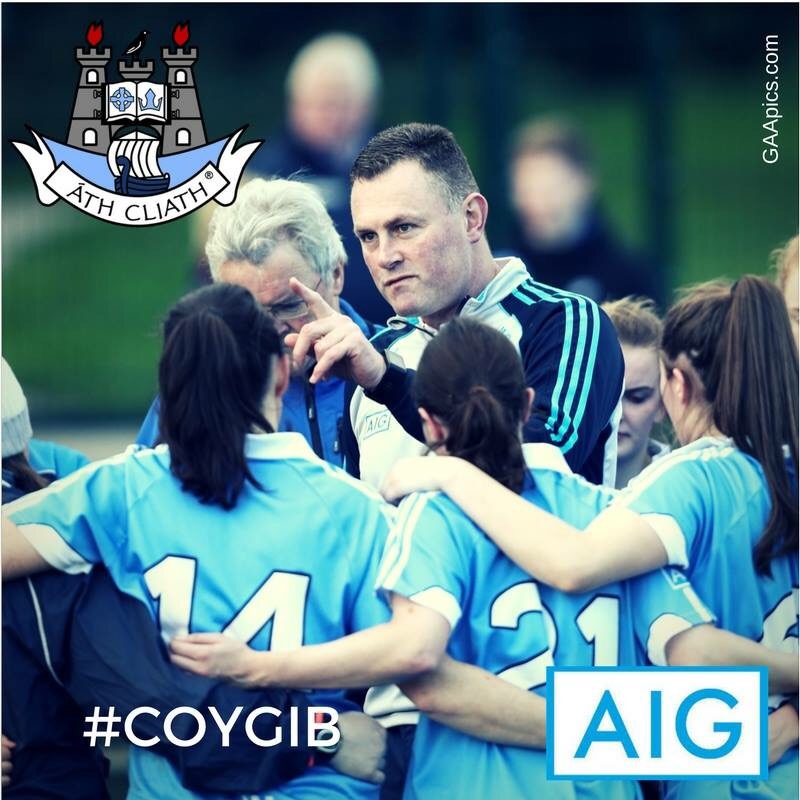 New Dublin boss, Mick Bohan will get his second term in charge of the Dublin Senior Ladies up and running in earnest tomorrow in the girls in blue opening LIDL National Football fixture against Ulster champions, Monaghan in Naomh Mearnog GAA Club.

Mick took the Dublin ladies to their first All Ireland Final appearance back in 2003 where they agonisingly lost to Mayo courtesy of an injury time goal.

Bohan in the inter meaning years has put together an impressive CV, he was skills coach as part of Jim Gavin’s management team for the U21 All Ireland wins in 2010 and 2012 and was also a part of the senior set-up for the successful 2013 All Ireland campaign.

Under Mick’s watch DCU won three Sigerson Cups and last year he was involved with the Clare footballers who won the Division 3 league title and made it to the quarterfinals of the championship for the first time.

So there is plenty excitement around as to what Bohan can bring to the Dublin senior ladies footballers this season and first stop will be tomorrow’s round 1 league encounter against Monaghan.

Dublin have had the upper hand over the Monaghan over the last couple of seasons and when the two sides met in last years league encounter, it was Dublin who dominated proceedings and put in a powerful display of attacking football and came away from the Farney county with a 5-18 to 0-06 point victory.

However, it is expected that tomorrow’s encounter will be a much tighter encounter against a much improved Monaghan side.

Monaghan had a tough 2016 National Football League campaign just avoiding relegation, but they turned the second half of their season around under manager Paula Cunningham.

There was just a single separating them from eventual Champions Cork in their All Ireland semi-final with the rebels overcoming the Farney challenge by 2-10 to 1-10.

Monaghan have a number of experienced personnel amongst their ranks including sisters Sharon and Cora Courtney and 2016 All Star winners Ciara McAnespie and Grainne McNally.

Tomorrow’s game has all the makings of one of those early season classics which will be a closely fought clash, that may end up a high scoring thriller and one certainly not to be missed.

The action gets underway at 2pm in Naomh Mearnog GAA club in Portmarnock, don’t miss it. #COYGIB