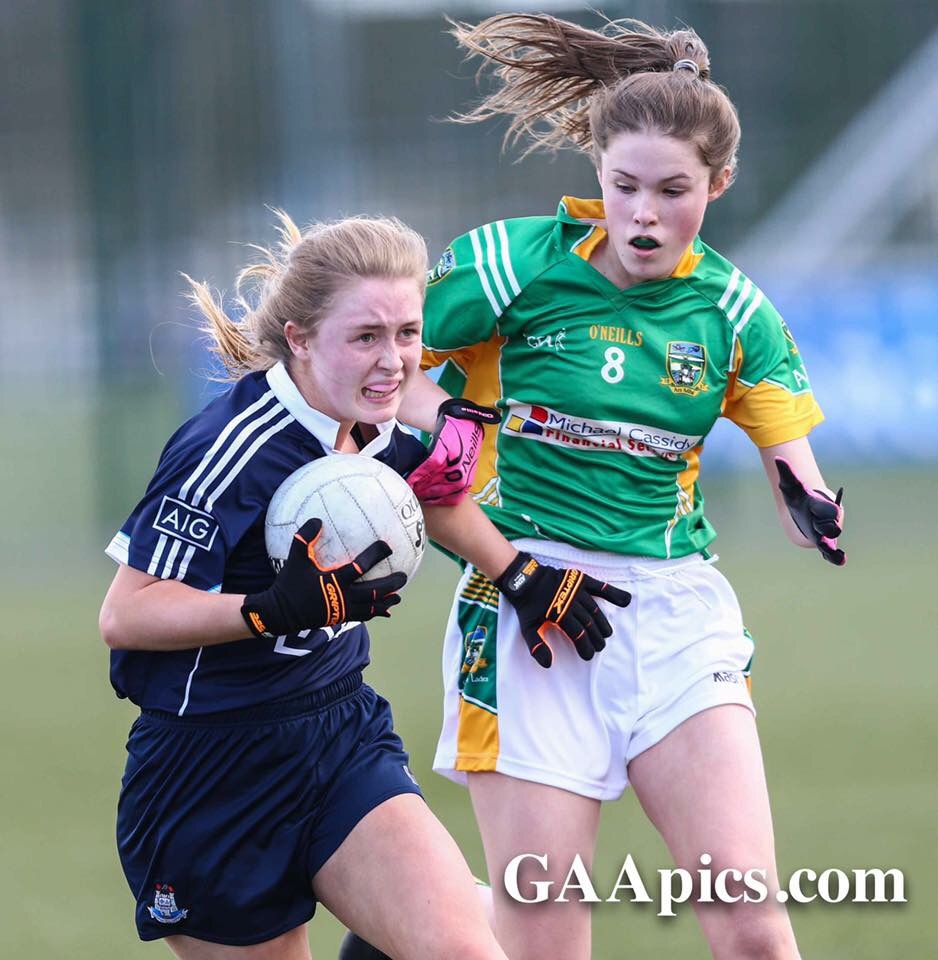 A strong second-half display paid dividends for Dublin at Parnell’s GAA on Sunday afternoon, when they comprehensively defeated close rivals Meath in the Leinster U16 Ladies Football Championship.

Goals from Laura Quinn and Emily Whelan had helped the Sky Blues to develop a slender 2-6 to 1-7 interval lead in the Coolock venue, and following a dominant performance after the restart, they finished with 12 points to spare over the Royal County outfit.

A total of 10 clubs were represented in the Dublin starting line-up for this game, but they were placed under intense pressure by a lively opposition attack during the early exchanges. Thomas Davis netminder Caitlin Staunton produced an excellent point-blank save from Susie O’Rourke, and the Meath full-forward was also denied by Dublin corner-back Hannah Murphy when the ball rebounded back into her path.

However, the visitors eventually broke the deadlock with a point by Dunboyne half-forward Megan Peters, and this was quickly supplemented by a superb goal from Meabh Byrne in the eighth-minute of play.

Dublin were taking their time to settle into the contest, but they managed to open their account with a fine Quinn point on the run. Meath inside forward Emma Duggan was on target either side of another Quinn single for the hosts, before local star Ceiligh McDonald added a successful free for Dublin from a right-hand angle. 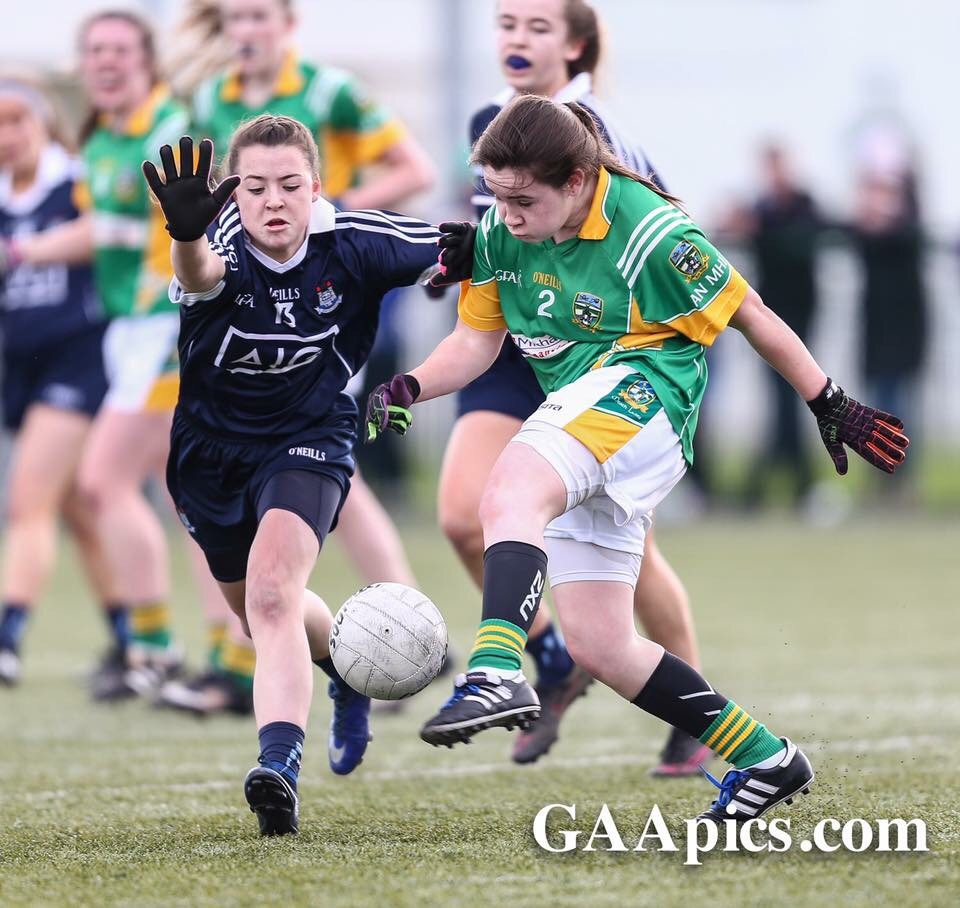 Meath responded to this set-back with unanswered points from Duggan (two) and midfielder Sarah Wall, only for Dublin to bring the gap down to the bare minimum with a 0-2 salvo by centre-forward Katie Wisdom.

Indeed, there was still enough time for Dublin to issue a serious blow to the Meath challenge, as Whelan coolly registered a second goal for her side, after a Quinn effort had initially been turned away.

Meath had been quite wasteful during the first-half (they clocked up a total of 10 wides in the opening half-hour), and they introduced Mary Kate Lynch to their defence in an attempt to restrict the increasingly-prominent Dublin attack.

They certainly enjoyed a bright start to the half with back-to-back scores from Orla McLoughlin and the impressive Duggan (free), but after McDonald restored Dublin’s advantage with a 39th-minute point, the gap between the two sides gradually became wider. 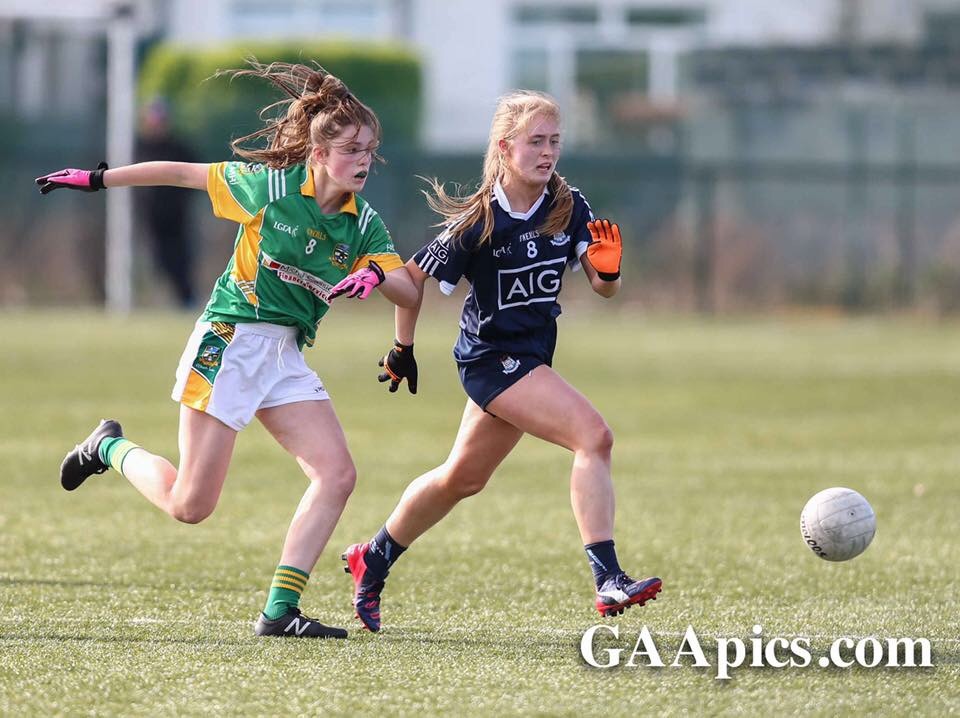 Half-back Jodie Egan and McDonald split the posts in clinical style, and their scores were followed by a neat major by Whelan (her second) 14 minutes into the half. This created a six-point cushion for the Metropolitans, and with Grace Kos and Katie McNally providing fresh legs to their side, Dublin were aiming to push on for an emphatic triumph.

McNally kicked over from close-range after McDonald added a brace to her own personal tally, and thanks to additional points by Wisdom and Foxrock/Cabinteely substitute Sarah O’Leary, Dublin had placed the outcome beyond any doubt.

This scoring sequence from Dublin (which produced an astonishing 1-9 without reply) was finally halted by a Duggan free for Meath, and she brought her individual haul up to 0-8 with a similar strike at the end of normal time.

Yet, stoppage-time points by the half-forward duo of McDonald and Wisdom helped Dublin to finish on a high, and they will now advance to the next stage of the provincial championship in a confident mood. 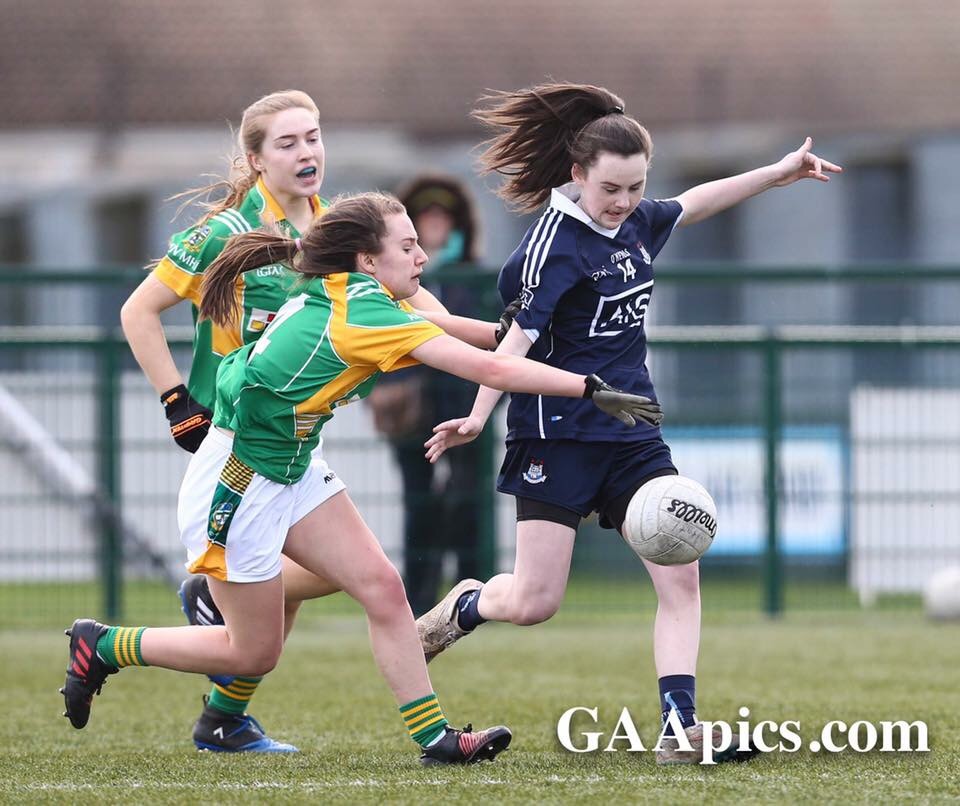 PREVIEW OF SUNDAYS OPENING ROUND GAMES IN THE 2018 LIDL LADIES...