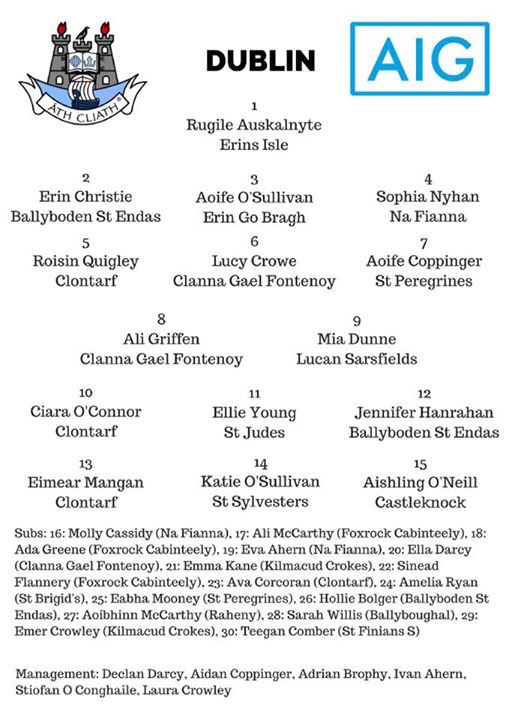 Declan Darcy has named his Dublin U14 side to face Meath in today’s Leinster Championship second round game in St Peregrines GAA Club in Blakestown at 2pm.

Both sides head into the game on the back of opening round victories. Dublin traveled down to Newbridge the last day and came away with an emphatic 26 point win in a game they raised a massive eleven green flags.

Meath also claimed an away day victory over Laois in the first round of fixtures by four points in a game that produced twelve goals between the sides.

It could very well be another goal fest today between two very attack minded sides which will provide plenty of thrills and entertainment for spectators.