The Dublin U14 Ladies Football team has been named to face Cavan in this afternoons All Ireland final which takes place in Lann Léire GAA club in Dunleer Co Louth at 2pm.

Dublin will be trying to bridge an eleven year gap and win their first All Ireland title at this grade since 2007.

Dublin had an excellent win over Kerry by 3-11 to 3-05 in the semi final with Shannon Russell finishing top scorer on the day with a total of 3-02 to her name.

Dublin’s opponents today Cavan are appearing in just their second All Ireland Final at the U14 grade. That appearance was in 2015 on a day that seen the girls from the Breffni County lift the title.

Cavan will come into the game with plenty of confidence as a result of dethroning the 2017 All Ireland champions in the semi final by 1-09 to 1-07.

It should be a fascinating contest today, Dublin have some serious attacking talent within their ranks, but Cavan are a tough unit to break down and that may result in scoring opportunities being at a premium today.

But if the girls in blue get a run on their northern opponents today then they have the ability to rack up a big total. 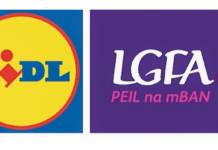 Bohan Keeps Faith In Starting 15 For Game Against Monaghan