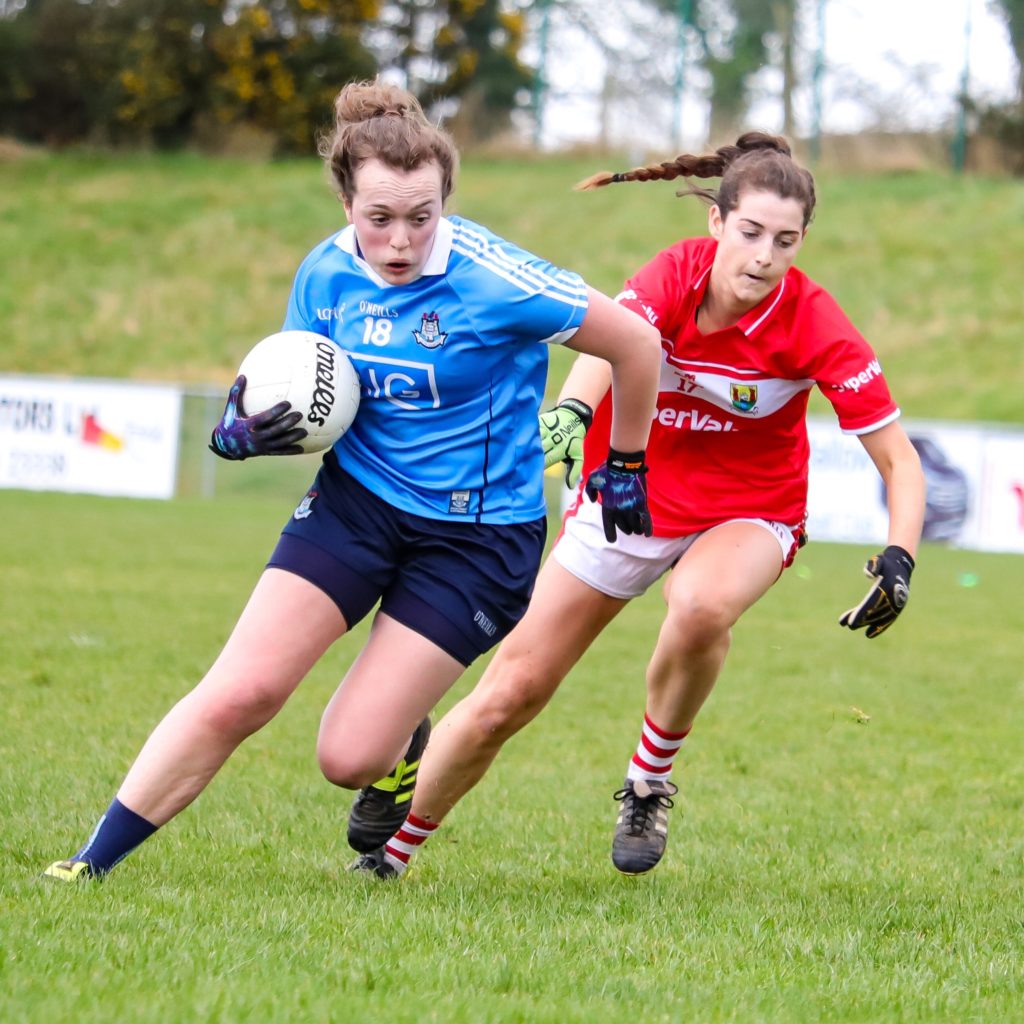 There was only a point between the sides at the break and the opening ten minutes of the second half were as tight with the teams swapping points.

A Ciara O’Sullivan point just after the restart was quickly cancelled out with one from Dublin’s Sarah McCaffrey. Orla Finn struck back for Cork two minutes later.

From the kick out Dublin worked the ball upfield to Denise McKenna who seen her goal bound shot brilliantly tipped over the bar by Martina O’Brien in the Cork goal.

But Cork were slowly taking control of the game and outscored the girls from the capital by 0-04 to 0-02 between the 10th and 28th minute.

Cork’s points came from the boots of Doireann O’Sullivan with a pair from play and two Orla Finn frees. Dublin’s replies came from two dead ball strikes from Carla Rowe.

Dublin spurned a glorious goal opportunity when an Olivia Leonard effort on the stretch just whistled past the post. Cork were equally unlucky down the other end when Dublin net minder Emer Ní Eafa somehow smothered a close range effort.

Carla Rowe put a goal between the teams from a free as the game headed into injury time. Cork though were not to be denied a second goal deep into added on time.

The girls from the rebel county broke forward in waves and got through one on one with Dublin’s goalkeeper who stuck an arm out to stop the Cork forward dragging her down for a penalty which Niamh Cotter buried to the net.

The full time whistle went shortly afterwards to signal a deserved win for Cork who were the better side in the second half.

For Dublin it was hard to see what the game plan was, if in fact there was any for today’s game, plus again there were was a number of personnel changes to the team before the game started and some strange substitutions during the game, particularly the late replacement of forwards Lyndsey Davey and Olivia Leonard with Dublin chasing the game.

Dublin will have a week to work on the lessons learned from today’s encounter as they welcome Donegal to Parnell Park next Sunday.