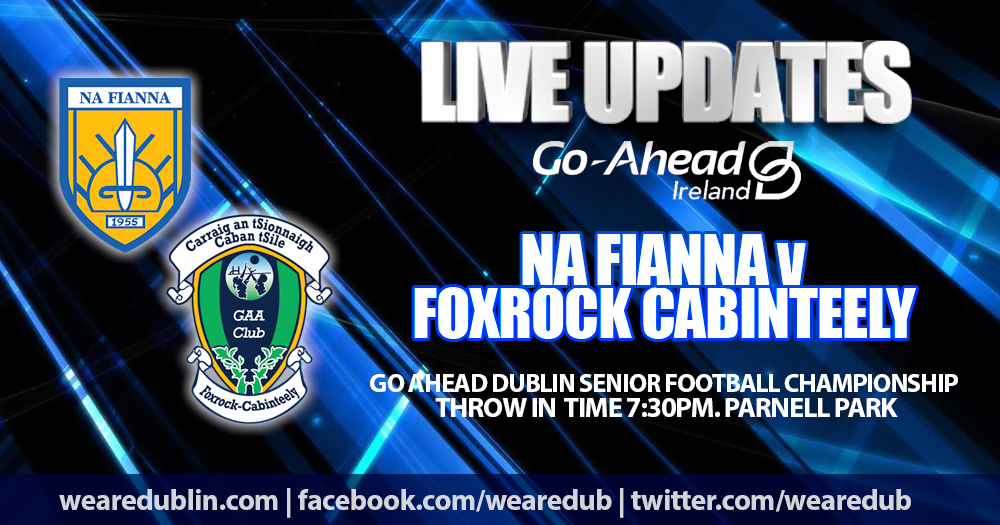 Will tonight see a seventh successive Senior Ladies County title for reigning champions Foxrock Cabinteely? Or will the torch pass to Na Fianna ending Fox Cab’s reign? The scene has been set and many believe this could be the closest Senior Final we’ve had in many years.

Foxrock have dominated the elite level in ladies football in Dublin. And Na Fianna have been waiting to reclaim similar glory. When the teams met recently in the Championship it was Na Fianna who struck the psychological blow. And with that 1-10 to 2-06 scoreline, we could be looking at the narrowest of margins again at Donnycarney HQ later on.

In their respective semi finals, Fox Cab were 10 point victors over Southside rivals Ballyboden St. Endas last weekend. A 3-11 to 2-08 scoreline saw Na Fianna rise to the challenge of Cuala to book their place in tonight’s decider.

Tonight’s showcase is the culmination of an incredibly well run county championship. And thats since the curtain fell on Dublin’s All Ireland reign to new Champions Meath at the beginning of September. But that memory will be a distant one for the players involved and their club team mates who will leave nothing on the Parnell Park surface later on.

We’ll be heading for Parnell Park tonight to bring you live score by score updates on www.twitter.com/wearedub from the Dublin Senior Ladies County Final. But if you don’t have access to Twitter directly you can follow our feed right here. Updates will appear below this post.