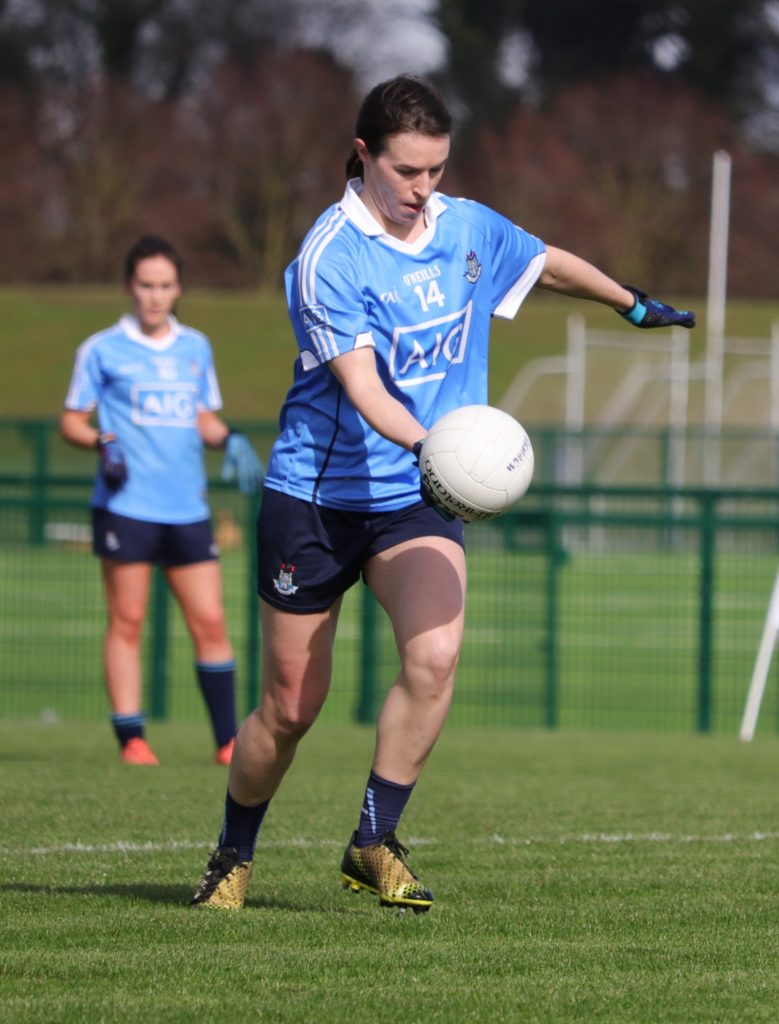 Dublin look to have secured a place in the 2017 LIDL NFL Division 1 semi-finals following on from Sundays four point victory in Tuam over an in-form Galway side.

Dublin will have to wait for the semi-final pairings to be confirmed by Croke Park. The final four won’t be known until after the Mayo and Donegal back match which is down for decision this coming Sunday. This fixture was postponed back on the 19th of March due to a bereavement in the Donegal camp.

Sunday’s game in Tuam was a keenly contested affair which was marred at times by fussy refereeing decisions by Cavan official, Maggie Farrelly. Dublin at one stage of the 1st half where reduced to 13 players following the over lapping of yellow cards to both Fiona Hudson and Rebecca McDonnell. Yet remarkably no Galway player received yellow despite conceding two first half penalties.

All-star defender Leah Caffrey was denied a goal opportunity in the 10th minute following a stoppage on the line by Galway keeper, Dearbhla Gower. This save appeared to inspire her Galway team-mates with Roisin Leonard raising the green flag 3 minutes later after turning Dublin keeper Emer Ní Eafa to despatch her shot to the back of the visitors net.

In the 17th minute Dublin corner back Fiona Hudson was sin binned for a challenge on Davoren.  Despite being down a player Dublin continued to pile the pressure on Galway. The visitors were finally rewarded for their efforts when referee Farrelly awarded Dublin a penalty in the 25th minute. Sinead Aherne’s initial kick was saved by Gower but the rebound was sent to the back of the net by the on rushing Aherne.

Shortly after, it was Rebecca McDonnell turn to take a seat in the sin bin with Dublin reduced to 13 players for over a minute before Hudson made her return.

In injury time Dublin were awarded a second penalty Aherne held her nerve well to despatch her shot as her initial effort was ordered to be retaken by the referee.

Dublin continued their dominance in the second half with scores coming from Carla Rowe, Nicole Owens and Lyndsey Davey. As the game entered Injury time Dublin had edged ahead by 2-09 to 1-06.

Galway were then awarded a penalty in the 63rd minute when Geraldine Conneally was brought down, up stepped Roisin Leonard who made no mistake with the kick to net her second goal of the game.