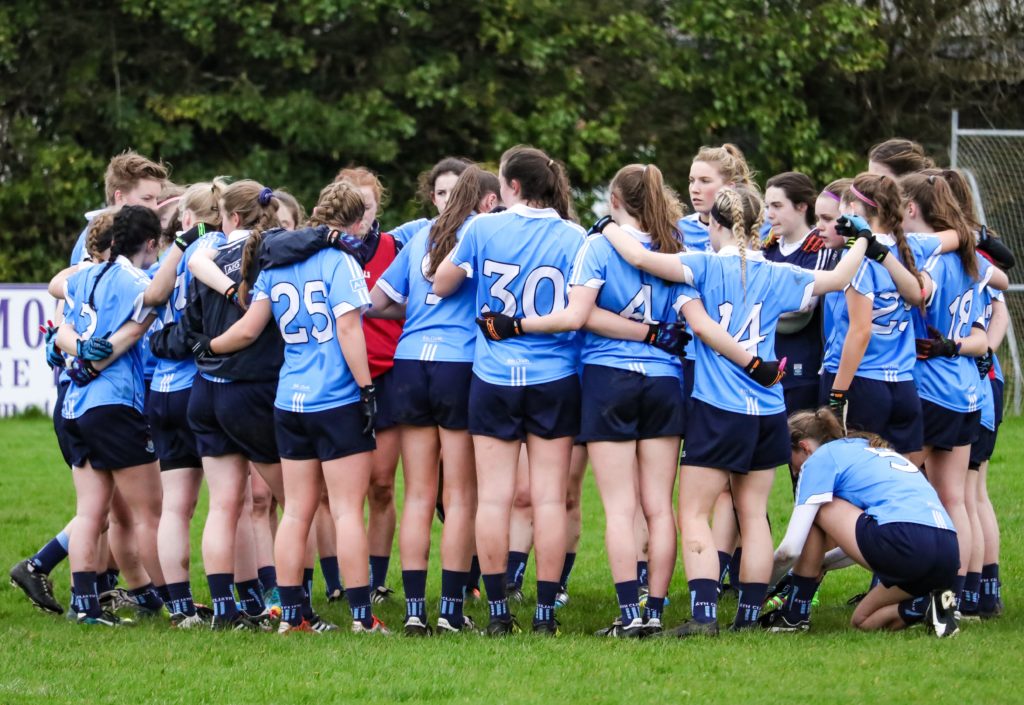 Dublin have qualified for the 2017 Leinster Minor Championship final following a hard fought five point win over Meath in a sun drenched Ashbourne.

Dublin had lead their Leinster neighbours by 3 points at the break but this was soon cancelled out by Meath on the restart when Lauryn Grier rattled the back of the Dublin net for the Royal County.

We will credit Dublin full forward Niamh Sheehan for getting the crucial second half score.

The Ballinteer St Johns forward had delivered a powerful low shot into the Meath goal line the shot which was initially stopped by Meath keeper Judy Bobbett was carried over the line by a on rushing Meath defender.

Jennifer Dunne has a fine performance for the Dubs at midfield tagging on three second half unanswered points one from a free to keep the score board ticking over for the visitors.

As the game entered the last few minutes of normal time Meath sub Sarah Lynch scored a goal to bring the gap back to just four points and rallied the home supporters.

However a Jennifer Dunne free late in injury time effectively sealed the game for the reigning champions leaving five between the sides.

Dublin will play Kildare in the Leinster Final on Easter Monday April 17th, time & venue to be confirmed.