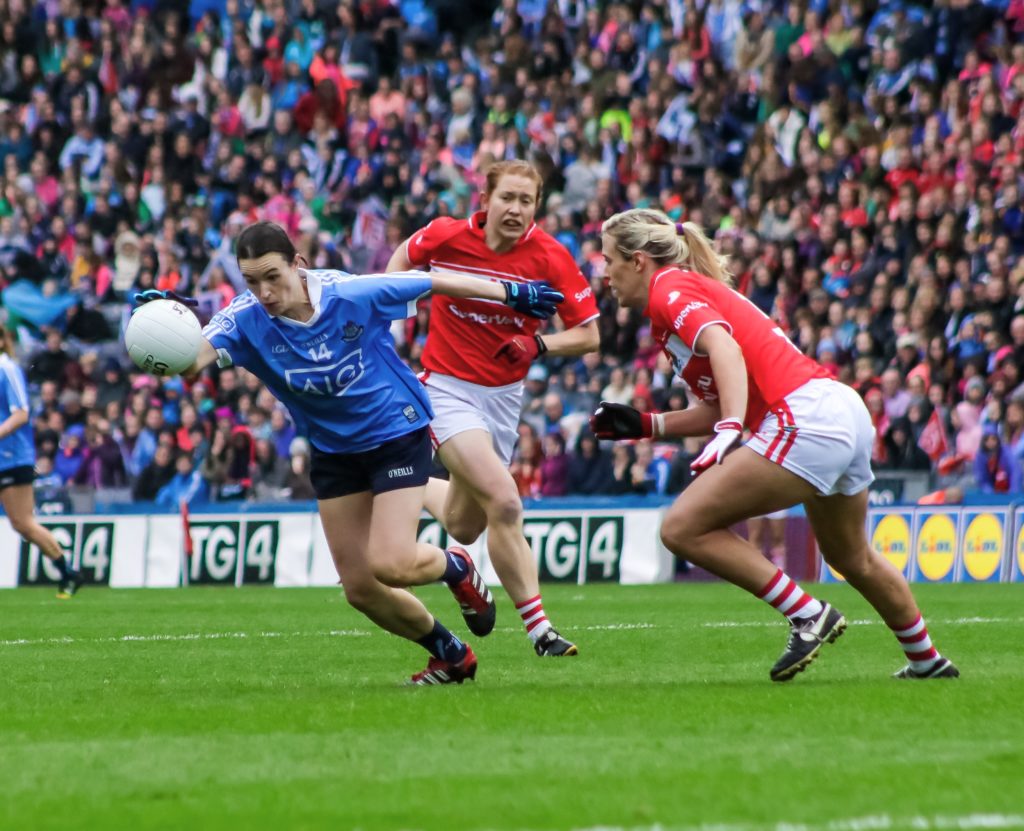 Dublin and Cork once again face off in the highly anticipated Lidl Ladies National Football League semi final in Nowlan Park in Kilkenny this afternoon at 3.30pm.

It’s a repeat of the last three All Ireland Final including last years which Cork controversially won by a single point and the two sides also met at this stage of the league last season where Cork claimed victory against an injury ravaged Dublin side.

When Dublin and Cork met in round 3 of this years league campaign it was again the ladies from the rebel county who came out on top, albeit it was against a very experimental Dublin side as new manager Mick Bohan used the league to have a look at all the players at his disposal.

That game though back in mid February followed a now familiar trend between the sides, a close and tight first half seen little between them. But has been the case in recent meetings, Cork blitzed Dublin in the third quarter of the game or the moving quarter as some like to call it.

It’s a definite game plan that Cork have developed, particularly against the girls in blue, score an early point after the break, push up on the Dublin kick out and pen the sky blues in their own half, forcing mistakes and turnovers of the ball and build up a four or five point lead and then drop numbers back into the defence to make themselves difficult to breakdown keeping the Dubs at arms length and pick off scores on the counter attack.

If Dublin are to win today’s semi final they will have to avoid allowing Cork to blitz them in the quarter immediately after the half time break.

Mick Bohan and his management team will have to devise a definitive plan for this period to curb the Cork surge. That may mean flooding the scoring zone with players just after the break and soaking up a serious amount of pressure till till the intensity from Cork drops,that will require the Dublin players to be ultra disciplined in the tackle and forcing Cork into mistakes.

If they can do this the Dubs have the ball carriers and forwards to punish Cork on the counter attack and the girls in red have looked vulnerable this campaign when teams turn them over and attack them at pace.

A win for Dublin today would be huge, not just in terms of making a National final, but would also be a big psychological boost heading into the championship with a potential meeting between the sides at the business end of the season.

So it’s set up to be a titanic battle this afternoon in The Marble City between the two biggest rivals in the game and one that surely won’t disappoint in terms of entertainment, excitement and plenty of talking points.

Dublin are due a win over their opponents from the south of the country, could today be the day, we’ll know the answer to that at around 4:45pm this evening.