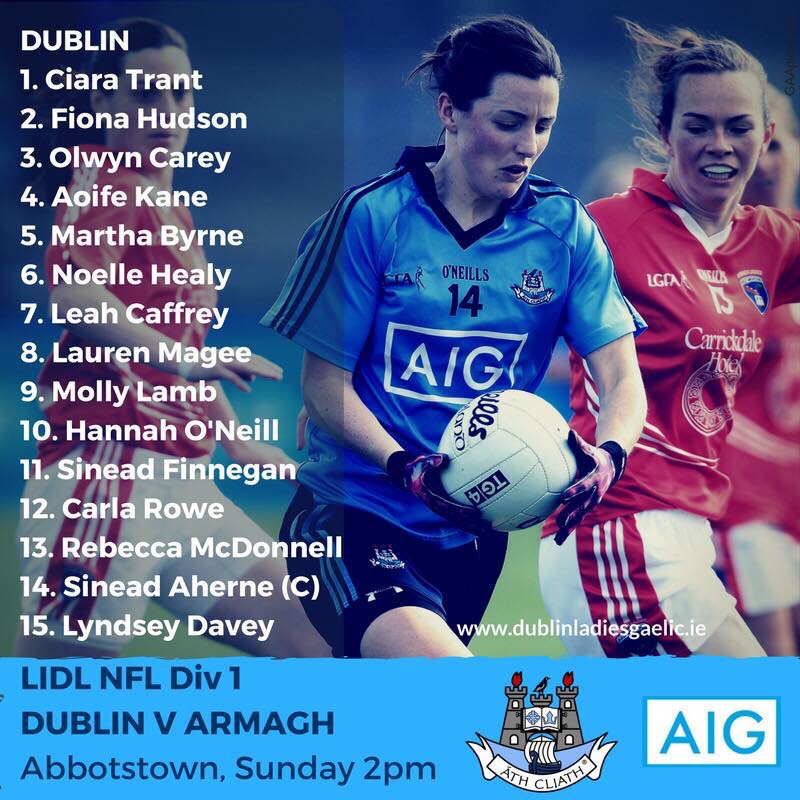 Bohan has made three changes to his starting 15 from that which defeated Donegal in round 4 for today’s clash with the Orchard county.

Aoife Kane from Kilmacud Crokes will line out at cornerback with Leah Caffrey moving out to half back line replacing former minor captain, Tarah O’Sullivan.
Hannah O’Neill who impressed when introduced into the game versus Donegal gets the nod to wear the number 10 jersey while in a surprise move Sinead Finnegan is named to start at centre forward in place of Sarah McCaffrey. The Fingallians stalwart who was an All Star defender back in 2015 is known to be a versatile footballer having played at midfield and in the forward line for Dublin previously.

Gavin Corrigan of Down will be the man in charge of today’s round 5 encounter which gets underway in GAA National Development Centre, in Abbotstown at 2pm.

Dublin LGFA will have LIVE score updates available from the game available to supporters via their Twitter page @dublinladiesg and there will be half-time and full time reports and photos right here on the We Are Dublin GAA Facebook page.